They met on the sets of a show, fell in love and soon got married to only regret it later and part ways. We are talking about Karan Singh Grover and Jennifer Winget, who met on the sets of Dil Mil Gaye. They were once the most-loved on-screen and off-screen jodi with a crackling chemistry. But the news of their divorce broke many hearts and Karan was blamed for cheating on Jennifer. (Also Read: Bipasha Basu Opens Up About Karan Singh Grover's Previous Two Marriages Like Never Before) 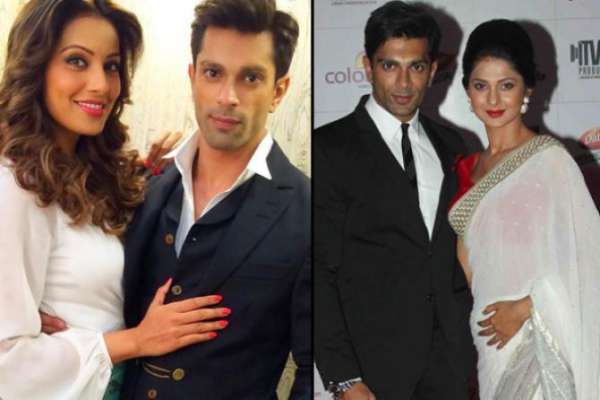 Karan tied the knot with Jennifer in 2012 and got divorced in 2016. Soon after his divorce, Karan went on to marry Bollywood’s dusky diva, Bipasha Basu in the very same year, in the month of March. Karan and Bipasha are happily married for more than two years now. 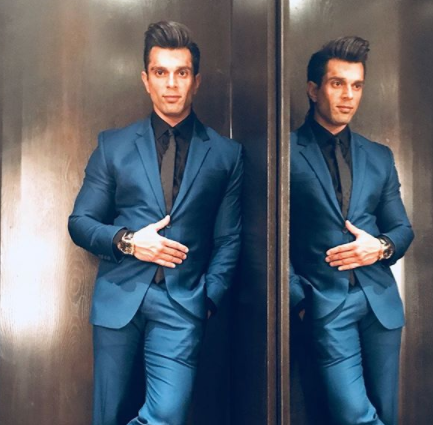 Recently, Karan Singh Grover was conferred with Dada Saheb Phalke Award for ‘Style Influencer Of The Year’ and he turned up in a blue suit, looking every bit dapper. Well, we feel he very much deserved this award as his style game is on point. But, what caught our fancy was the fact that there was someone else also present at the award function, perfectly complementing his style game. And, the person in question was none other than his ex-wife, Jennifer Winget, who also came to collect the excellence award for her contribution to Indian Television. (You May Like: 'Bepannah' Fame Jennifer Winget Opens Up About Her Equation With Ex-Hubby Karan Singh Grover) If they being present at the same award function wasn’t a coincidence, they turned up wearing colour-coordinated outfits in the shades of blue, turning heads. Whereas Karan wore a stylish blue tuxedo, Jennifer looked like a diva in a powder blue saree, paired with a ruffled sleeves blouse, designed by Tyagi Aishwarya Premprakash. She kept her makeup dewy and natural and kept her hair neatly tied in a ponytail. Just like her makeup and hair, she kept her jewellery also minimal by wearing only statement earrings. She was all smiles while posing for the media. (Take a look at 8 Ravishing Looks Of Jennifer Winget That Will Totally Give You New Fashion Goals) 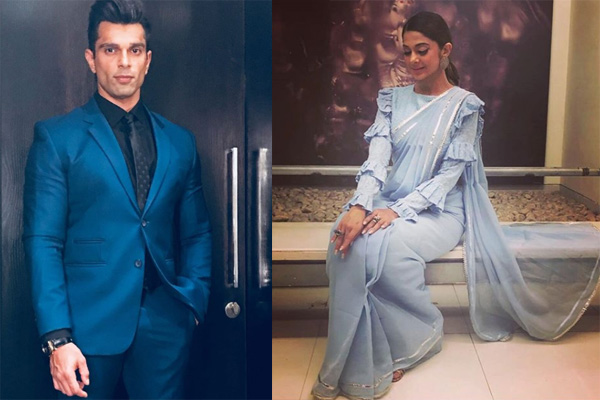 Though the two didn’t come face to face or got clicked in one frame, there were whispers that the two intentionally avoided each other. Sometime back, Karan Singh Grover, in an interview said that marrying Jennifer was a mistake, but Jennifer doesn’t hold any grudges against her ex-husband for giving an outrageous statement like this. Talking about the same, Jennifer once said, “Well, that is his opinion and he is entitled to it. I won’t call our marriage a mistake, though. I don’t regret it because it was a choice I made. Waise, I don’t regret anything that has happened in my life. There is no ideal man, woman or relationship. Life is full of ups and downs. I have absolutely no bad memory of the marriage even though it has ended. In fact, I am thankful to Karan for an experience that taught me so much about myself. It has made me realise my strength, who my true friends are and how awesome my family is. I would have been a different person if this marriage and divorce hadn’t happened. I also got so much love from his parents. I regret nothing and feel blessed instead. I have come out as a better, stronger, more loving and kickass person because of whatever happened. Earlier, I was impulsive and would get carried away. Now, I pause and think before doing something.”

Our heartiest congratulations to both Karan and Jennifer for winning the prestigious Dada Saheb Phalke Award!

Next Read: 'Bepannah' Fame Jennifer Winget Opens Up About Her Equation With Ex-Hubby Karan Singh Grover