Believe it or not, but a 'baby' is a perfect reason to lose all your sleep! And daddy-to-be, Jay Bhanushali cannot wait for his baby's arrival as he shares a cute picture with his wife, Mahhi Vij. 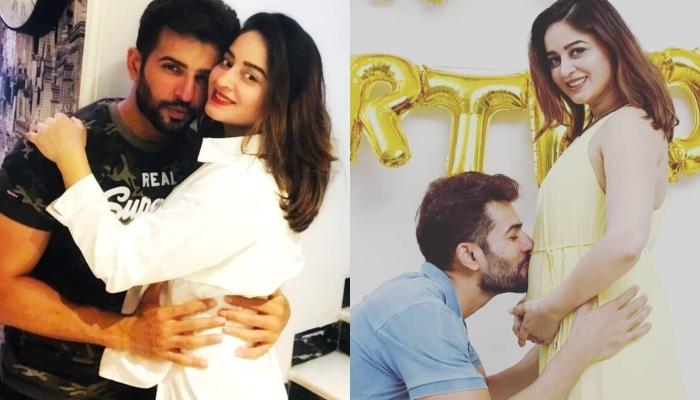 A newborn baby is like the beginning of a new dawn, hopes, aspirations, and everything magical. It is a constant reminder from the God of how a baby can change everyone's life. And television actor, Jay Bhanushali and wife, Mahhi Vij are soon going to experience the joy of being a parent. (Recommend Read: Kajol Vists Ailing Mother, Tanuja At the Hospital Two Days After Father-In-Law, Veeru Devgn's Death?)

A couple of days back, Jay and Mahhi had shared a beautiful baby announcement on their respective Instagram handle. And while the couple has constantly set goals for all the lovers, it was their baby announcement that made the entire world go gaga. Since then we are constantly glued to their Instagram feed to get an update of the little wonder.

And while we are eagerly waiting for the mini version of Jay and Mahhi, it is the daddy-to-be, Jay, who cannot wait for his baby's arrival. On May 29, 2019, he took to Instagram and posted a beautiful picture with Mahhi and his adopted son, Rajveer. In the picture collage, we can see both the boys kissing the baby bump of Mahhi. The actor captioned the picture as, "The boys are super happy to welcome the new member..just too excited to know if it's a boy or girl any guesses? Comment below #happyfamily @rajveercutestar #girlorboy #princess or #gangster #naughty #loveguess #newborn @mahhivij #newmember #mothercare #photographer #photography @bbhupi25". Take a look at it below:

Coming back to Mahhi and Jay's love story, it is a perfect pinch of magic and filmy tadka. We remember how in an interview with the Deccan Chronicle, Jay and Mahhi had spilled the beans of their love story. Jay had shared, "The first time I saw Mahi was at a card party thrown by our common friend. I was quite attracted towards her. We had no conversation as she was there just for 5-10 minutes. After a year, we met again, at a club, again through a common friend, that’s how we clicked." (Also Read: Sara Ali Khan And Her Crush, Kartik Aaryan Snapped Coming Out Of His House, They Are Now Gym Buddies)

The two tied the knot on November 11, 2011, but had kept it hidden from the media glares because of their respective work commitments, but in February 2012, they soon disclosed the deets of their secret marriage. However, they took the plunge again in Las Vegas, and in an interview, Jay had talked about the same, "In Vegas, on the spot decision by Mahi lets get married again and lets have a Christian wedding. We had no plans, no guests, no witness, we just had a father, made us take the vows."

For those who don't know, Mahhi and Jay have already taken the ride of parenthood, as they have adopted their caretaker's kids. In an interview with BollywoodLife, Mahhi had talked about them, "A lot of people keep asking my friends if they are our kids because we feel that they are our kids. We want to give them best in our capabilities. I don’t care what people say they have all the time in the world to talk. They stay with us we have no issues of them being a part of our space. Kids are adorable, Jay and I love them “We want to educate them and yes in future even if we have our own kids we will give them same life. We will not differentiate" (Don't Miss: Amy Jackson Enjoys Her Babymoon In Morocco, Completes 6 Months Of Her Pregnancy, Pics Inside)

We are totally gushing over soon-to-be-parent, Mahhi and Jay's adorable PDA! What about you? 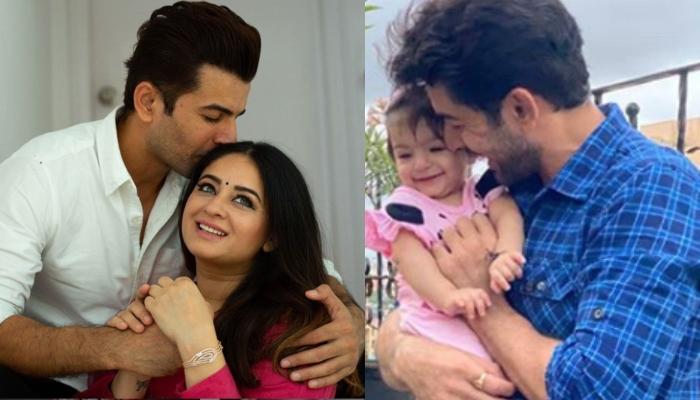 When partners become parents, everything about their relationship change. While earlier you had put your relationship at first, post having a baby, the little one becomes your priority. The romantic couple dates change into playdates of kids and, Netflix and chill is swapped with nursery rhymes. Not only the schedules or the