Jay Bhanushali and Mahhi Vij are enjoying every phase of parenthood with their little Tara. On October 10, 2020, Jay shared a throwback picture of Mahhi with Tara in her tummy. Take a look!

The feeling that a woman undergoes when a life breathes inside her is surreal. It is the best feeling for a couple when they get the news of their pregnancy, and from that day, they start counting days. And when finally, they hold their little one in their arms, everything seems meaningful. The entire house is filled with the little ones’ laughter and giggles, and the parents capture the beautiful moments and all the 'firsts' of their little bundle of joy. Jay Bhanushali and Mahhi Vij are one such happy parents, whose lives turned into a paradise with the arrival of their little Tara. (Also Read: Shilpa Shetty Kundra Enjoys The Morning Sunshine, Hubby, Raj Kundra Makes A Hilarious Comment)

Jay Bhanushali and Mahhi Vij’s lives had changed forever when the two were visited by a stork in August 2019. The couple had welcomed their little munchkin, whom they had lovingly named, Tara Jay Bhanushali. Since the arrival of Tara, Jay and Mahhi are on cloud nine, and their lives has been revolving around their aankhon ka taara. The doting couple’s respective social media handles are filled with adorable pictures of their baby doll. The doting father, Jay Bhanushali had always wished for a baby girl. While hosting the singing reality show, Superstar Singer, Jay had revealed that no relationship can ever match up to that of a father and his daughter and he had always wished to be blessed with a baby girl. And God had answered his prayers in the form of Tara. On October 10, 2020, Jay took to his IG handle and shared an adorable throwback picture with Mahhi when Tara was in her tummy. In the picture, Mahhi flaunted her baby bump and her pregnancy glow was unmissable. Along with the picture, Jay wrote, “#throwback when little @tarajaymahhi was inside @mahhivij tummy.” 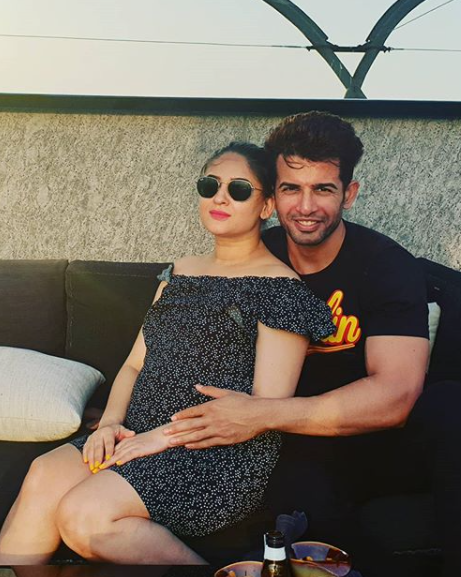 In a chat with Love Talkies, Jay and Mahhi had opened about embracing parenthood and the former had stated that they should have planned a baby much earlier. Mahhi had agreed with her husband, Jay and had said, "Now that Tara has come in our life, our life only revolves around her. I don't get time for anything else. Even if I am out, I feel something missing, I want to rush back to her." Jay had also talked about the time when he and Mahhi were expecting Tara and had stated, "Life has changed a lot. I have started respecting Mahhi more, I miss her more when she is not around. I have started caring more, earlier maybe I didn't but now after seeing her struggle so much with the pregnancy, I have a newfound respect for women." (Also Read: K.G.F. Star, Yash Singing 'Johnny Johnny' With Son Yatharv Gives A Glimpse Of Their Father-Son Bond) The first emotion of a couple when they get to know about conceiving their first child cannot be explained in words. Jay and Mahhi had also felt the same. Mahhi had revealed her and Jay’s reaction when they had gotten to know about the pregnancy. Talking about the same, Mahhi had shared, “I started crying. He couldn't believe it. It took time to sink in." Mahhi had also revealed that she was too excited for the arrival of the baby and the nine months of pregnancy were very easy for her. Elaborating on the same and how supportive her husband was during the course of her pregnancy, Mahhi had shared, "The nine months were very smooth for me because he was always there. I had become much calmer at that time. The one time he went to Mussorie for a shoot and I missed him a lot. I never had any temperament during that time. Men usually go out to party with friends but Jay did not go anywhere, he left everything for me. He gave his 100% in those 9 months and that really mattered for me. In the last nine years, he might have not given me so much importance but he covered it all in the last 9 months." (Also Read: Amitabh Bachchan Shares Late Father, Harivansh Rai Bachchan's Advice That Ignites Him To Work Harder) Well, Jay and Mahhi are definitely on cloud nine with their aankon ka taara! 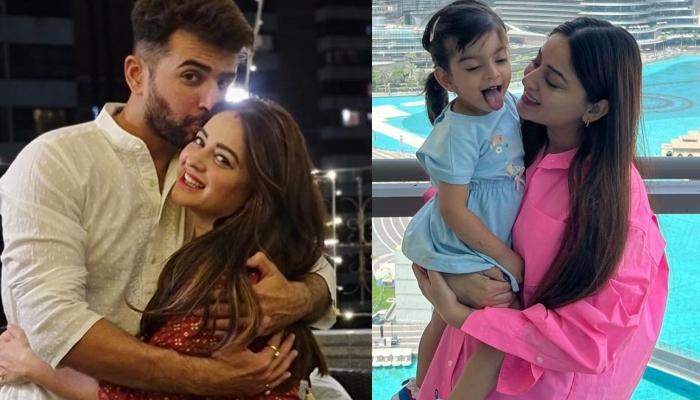 Television couple, Mahhi Vij and Jay Bhanushali are super scared after their cook, whom they have hired through an agent, had given them a death threat. The couple lives in Mumbai with their daughter, Tara Bhanushali. The duo had immediately filed an FIR against the man. However, he is out