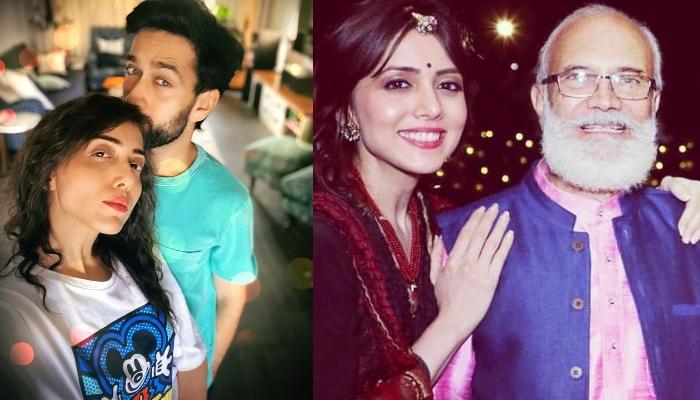 If a father is a superhero, a father-in-law is the captain of our ship. For a woman, her sasural is incomplete without the love of her father-in-law. In a new world, where we know nothing about anybody's like and dislike, a father-in-law is the one, who showers us with love and treat his daughter-in-law as his own daughter. And an exactly similar relationship is shared between television actor, Nakuul Mehta's wife, Jankee Parekh Mehta and her father-in-law, Pratap Singh Mehta. (Recommend Read: Ajay Devgn Misses Father, Veeru Devgan On His Death Anniversary, Shares A Video Of His Unseen Photos)

We all know Nakuul as one of the coolest television actors, but his father, Pratap Singh Mehta is a lot cooler than him. He is an Author, Behavioural Coach, Maritime Faculty and a veteran Indian navy. He shares a beautiful bond with his family and that often gets visible on their Instagram handles. 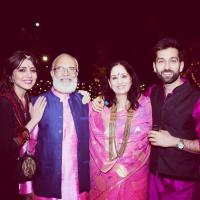 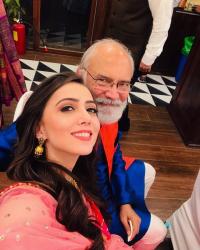 On Jankee's birthday last month, her father-in-law also posted an adorable note for her. He had taken to his Instagram handle and had posted a cute note that could be read as "Forget about the past, you can’t change it. Forget about the future, you can’t predict it. And forget about the 'present', I didn’t get you one. Lol. Happy birthday to one of the few people whose birthday I can remember without a Facebook reminder." (Also Read: Twinkle Khanna's 'Proud Mom Moment' As Son, Aarav Donned Chef's Hat And Baked Chocolate Brownie Cake) 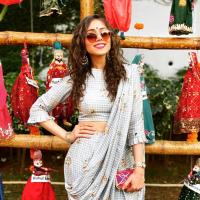 In an interview with Humans of Bombay, Nakuul had talked about how he had met his love of life. He had said, "My first thought when I saw Jankee was, ‘How amazing would life be, if she agreed to marry me.’ I was only 18 but my instincts told me, she was the one. We were both training with Shiamak–I saw her there for the first time. I was also interning at BSE & remember travelling from there to Andheri, strategising an opening line." (Don't Miss: Benafsha Soonawalla Talks About Marriage With Boyfriend, Priyank Sharma, Reveals A Personal Detail) We are living in strange times as we have no idea how we will fight the Coronavirus pandemic. Almost the entire world is trying to fight this highly contagious, life-threatening virus. In India, what started with a 21-day lockdown, has now been increased to over 50 days. For the first time