Popular singer, Jankee Parekh got her first jab of COVID-19 vaccination and shared some important details about breastfeeding and how tough it was for her to manage her son, Sufi in 102.5 fever.

Popular singer, Jankee Parekh Mehta got the first dose of her COVID-19 vaccination done and dropped some crucial points that she had experienced after it and talked about taking care of her son, Sufi, during post-vaccination fever on her Instagram handle. For the unversed, Nakuul Mehta and his wife, Jankee Parekh Mehta had hopped onto the journey of parenthood on February 3, 2021, as the couple was blessed with a baby boy. Nakuul and Jankee had announced the news of welcoming their first child by sharing the first glimpse of their newborn.

On April 13, 2021, Jankee had turned a year older and while sharing an adorable picture with her baby boy, she had revealed how Sufi is the best gift of her life. Her caption could be read as "This year I couldn't have asked for anything more than having this little man in my arms who I get to nuture for life. This birthday I wish and pray that I can be the best mother to my son and fill his heart with so much positivity, love, peace and belief that he can grow up to be the best version of himself." 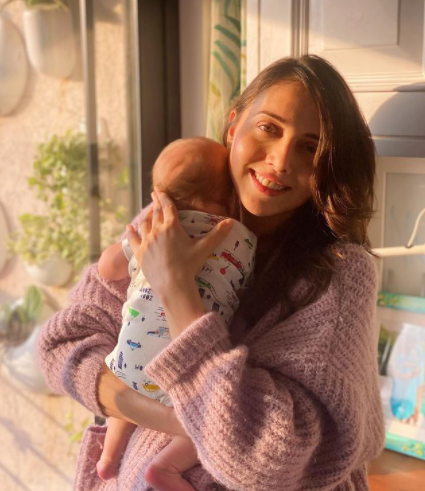 On June 5, 2021, Jankee Parekh Mehta took to her Instagram handle and shared a picture of herself getting the first jab of COVID-19 vaccination. The newbie mommy looked gorgeous as ever in her colourful top as she posed for the camera with her mask-up. The singer also puts a sticker that reads "Got my first shot" atop it. Jankee also penned an important note in the caption, in which she talked about her decision of getting vaccinated and how tough it was for her to take care of her little son, Sufi, despite being in 102.5 fever. Her note can be read as "Being a breastfeeding mum, I've been apprehensive about taking the vaccine, not knowing what repercussions it will have on lactating women. Inspite of getting a go ahead from my gynac and pediatrician, I was hesitant. My thought was that I would wait it out for a bit longer till there is more information or probably get a Pfizer whenever it comes to India." 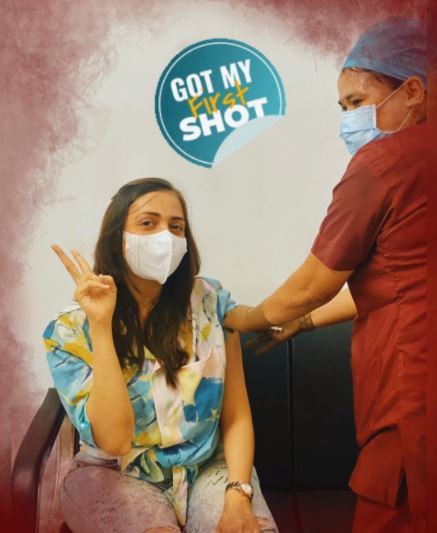 Going further in her note, Jankee Parekh Mehta added how she and her husband, Nakuul Mehta were doing their best to protect their baby boy, Sufi, from COVID-19 and how their little prince had dodged the deadly virus on multiple occasions. She added, "All this while we've been trying to protect Sufi and have had narrow escapes with househelps, driver & close family members testing positive. So it was time that I safeguarded myself first for him." Jankee also revealed that she had a severe fever for 48 hours after getting vaccinated, and at that time, it was quite challenging for her to take care of her son, Sufi. She explained, "Got blasted for two days with 102.5 fever and severe bodyache. Nursing Sufi was hard for those 48 hours, but we made it through." 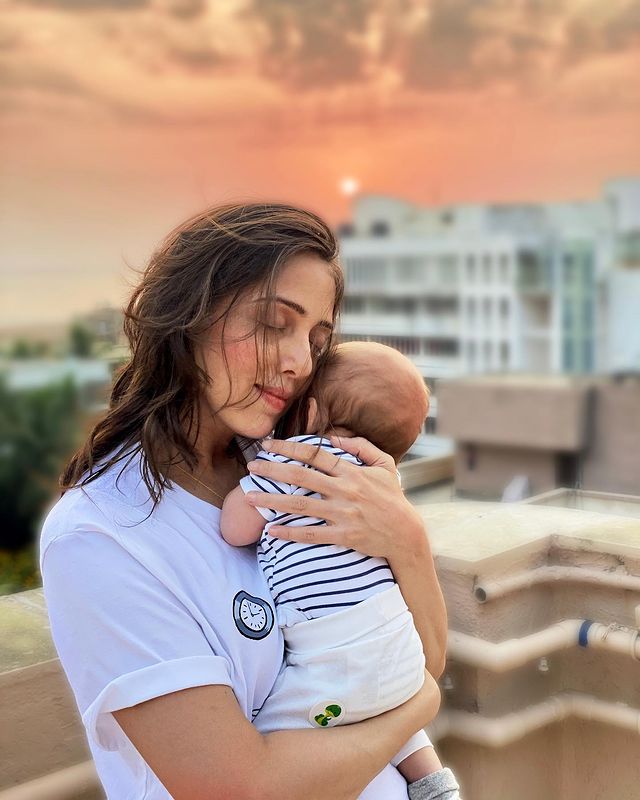 The doting mother, Jankee Parekh Mehta heaped immense praise on her little toddler, Sufi, as she stated in her note that her son had sensed that his mommy is in some discomfort and hadn't troubled her at all. Jankee also thanked her actor-husband, Nakuul Mehta, who had come to her rescue during those challenging days and perfectly cared for their child. She continued in her note, "Sufi sensed that mumma was uneasy and was such a good boy and then daddy came to the party like he always does. I'm glad I made this decision for Sufi and myself." Jankee concluded her note with a hilarious confession, as she wrote, "P.S - I got my jab just before this picture was taken when my husband realised that he conveniently forgot to capture it. This is a re-enacting of the process with the lovely sister Chinchu Sebastian sportingly playing along." What are your views about Jankee's vaccination experience? Let us know! 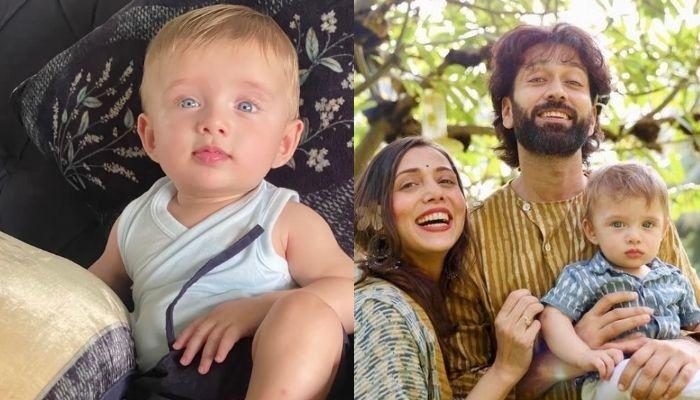 Watching your baby grow old is a mixed feeling. On one hand, the parents feel happy about their child’s growth, and on the other hand, they miss the days when their baby was a newborn. Nonetheless, your child’s every milestone is worth celebrating and TV actor, Nakuul Mehta, and his