There is no denying that with the advent of social media, there is an insane increase in the number of trolls who are always ready on their toes to post filthy comments and posts, even when not required. (Read This: Haarsh Limbachiyaa Trolled For Buying Luxury Car From Bharti Singh's Money, She Gave An Epic Reply!)

And guess what? A Bollywood celebrity rarely escapes such trolls. Every now and then, we hear stories about trolls making obnoxious comments on a celebrity’s post, criticising their outfit choices, film choices and even parental choices like the one that happened recently with Abhishek Bachchan. But the disgrace is that, instead of being indifferent to these good-for-nothing trolls, we collectively give them what they want- attention. And their voices are majorly instigated by the media houses who make abundant of web content for their pages to fill, thereby, non-deservedly giving trolls their much-desired attention. Something similar happened when Sridevi and Boney Kapoor’s daughter, Janhvi Kapoor was trolled online for her outfit choices. Brother, Arjun Kapoor came out in her defence and criticised a major media house for allowing such trolls to exist and on their likes filling their web pages. He wrote on Twitter, “2 trolls write a comment and for the web team of a big newspaper, it’s a news story...  slow clap. Ridiculous how trolls are given attention by the media and they wait for us to retaliate...the lesser the stories the lesser the trolls win...”. He also posted the link of the HT entertainment where the story was covered. Take a look: 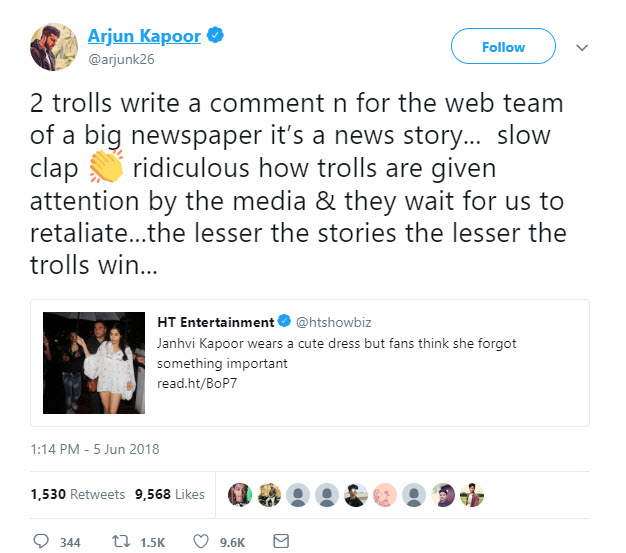 Arjun Kapoor’s anger is justified and rightly so. Not because the trolls affect the mentalities of many others but because these trolls should not be entertained by major media houses as it only furthers their agenda. 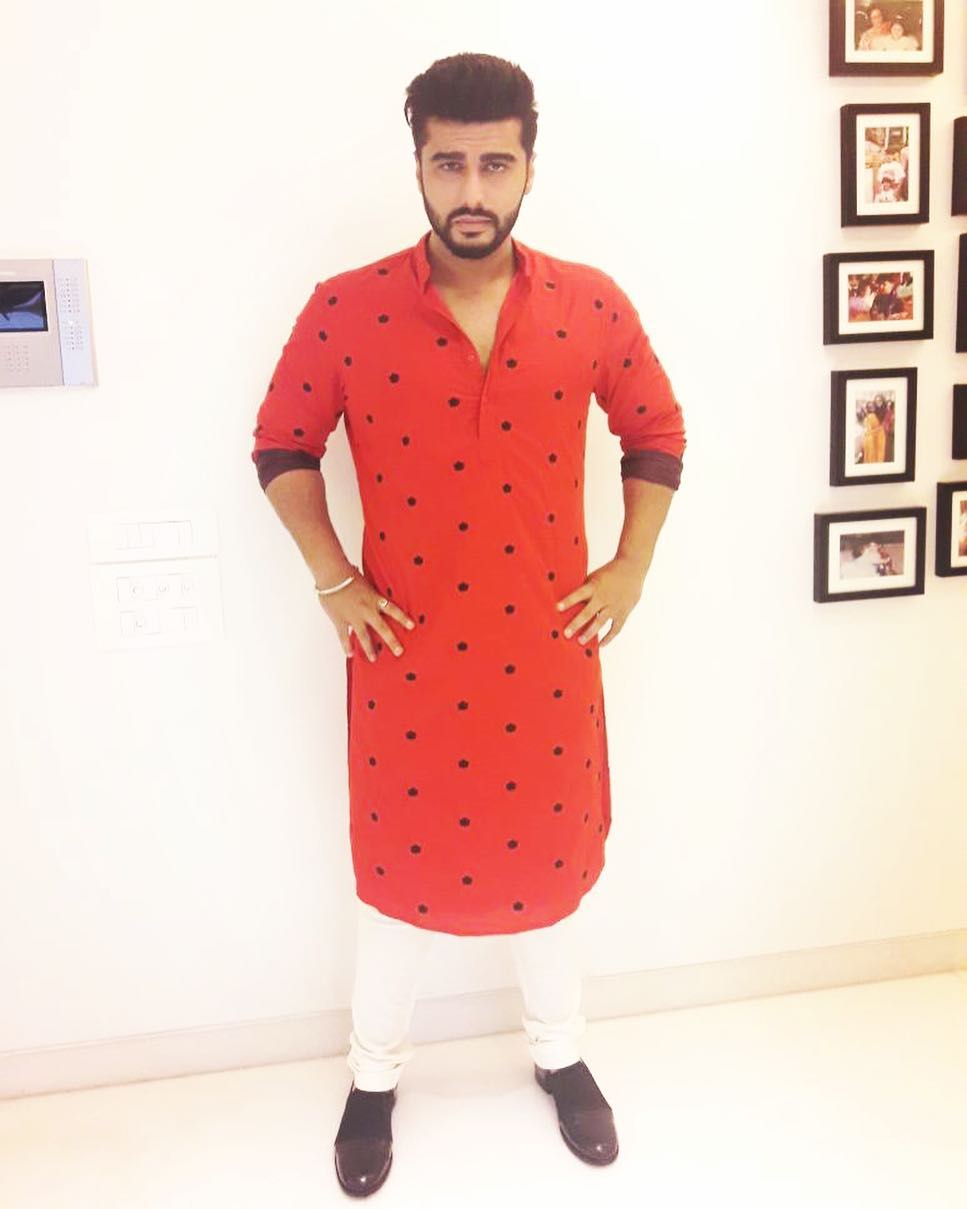 This news of Janvhi Kapoor being trolled for her dress went viral, when yesterday i.e. June 06, 2018, she and her Dhadak co-star, Ishaan Khatter were snapped outside a café in Bandra. As soon as paparazzi posted the pictures online, trolls quickly jumped into the wagon and started questioning Janhvi’s dressing. Some wrote, “Has she forgotten to wear the pants?” and others said that both Janvhi and Ishaan are drunk and that’s why both forgot to wear the pants. Take a look at the shameful comments yourself: 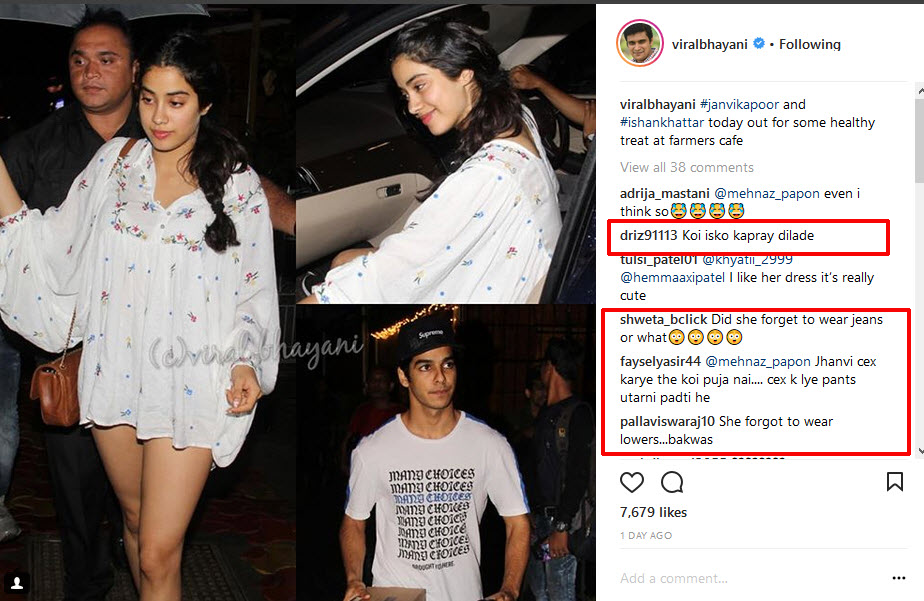 A few others also came into support and bashed the trolls. A user wrote, “All those girls commenting about her dress please go and f*** yourself your mentality is so screwed up that's why still girls have to face discrimination girls are the biggest enemies, girls”. Another supportive comment stated, “To all the people who troll celebs or other... Stop trolling for their fashion or anything. They got their own style. They were what they feel comfortable. Maybe you're not allowed to wear doesn't mean others can't wear too. Everyone got their own style”. (Don't Miss: Armaan Kohli Begs To Live-In GF Neeru Randhawa To Marry Him After Beating Her Up Brutally) 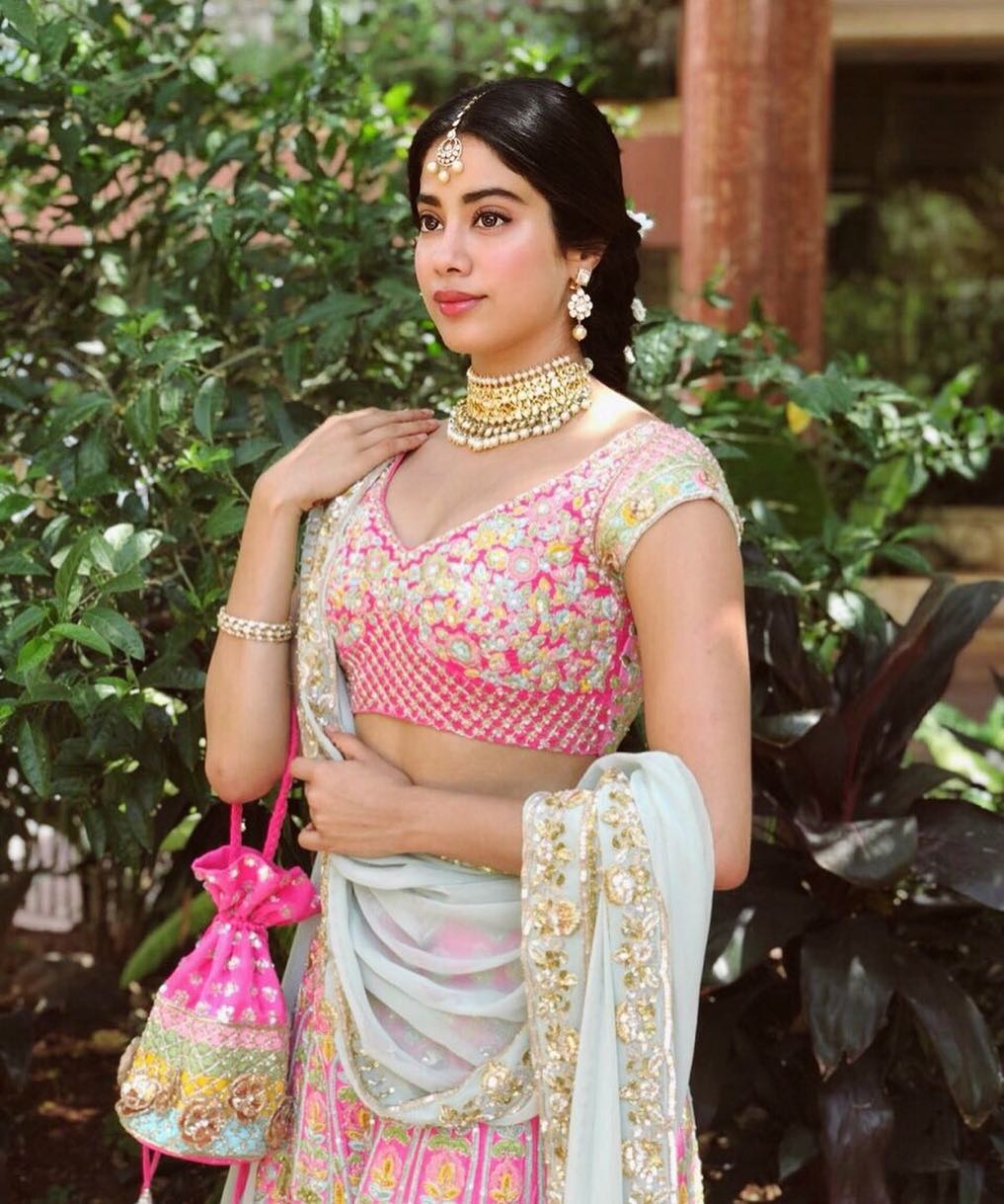 This isn’t the first time when Arjun Kapoor has come in support of Janhvi. Earlier this year, he bashed the trolls and tweeted, “U know what f*** u man f*** u as a website for highlighting or bringing it to anyone's attention...and it’s shameful that ur eye would go searching for something like this shame on u...this is how our country looks at young women yet another shining example...ashamed by this...”. (Suggested Read: Akash Ambani And Shloka Mehta's Formal Engagement Invite Is Out, Date And Details Inside)

Even, Janvhi’s half-sister, Anshula Kapoor has always been supportive for her younger sisters- Janhvi and Khushi. After Sridevi’s demise when Janvhi and Khushi were trolled, Anshula deleted a few comments posted by the trolls and later wrote, “Hi, I’m requesting you to refrain from using abusive language especially towards my sisters, I do not appreciate it & have therefore deleted ur comments. While I am grateful for your passion and love for bhai & me, just a small correction - I was never working outside India. Let’s please spread joy & good vibes. Thank you for the love”. Later, when Newslaundary covered the story in support of Arjun’s tweet, the Mubarakan actor again tweeted and wrote, “It’s not about a particular media organisation...it’s about the media, in general, giving importance to certain elements on social media that don’t deserve it at all...the digital handle editors need to screen through and not put up certain stories as click bait that’s all honestly”.

Well, we advocate and second what Arjun Kapoor has tweeted. The last thing we should give these trolls is any attention.

Next Read: Himansh Kohli Surprises His Alleged Girlfriend Neha Kakkar On Her Birthday, Leaving Her Teary-Eyed