Janhvi Kapoor's Reply To Salman Khan's Question 'Marriages Are Made In Heaven?' Is Winning Hearts

Janhvi Kapoor's Reply To Salman Khan's Question 'Marriages Are Made In Heaven?' Is Winning Hearts

A throwback video of Janhvi Kapoor's answer to Bollywood superstar, Salman Khan's tricky question shows her love for her parents. Take a look!

Once in your life, you must've heard elders saying that kids are just the mirror images of their parents and as far as daughters are concerned, they are the reflections of their mothers. Well, the statement is true in the case of Bollywood celebrity, Janhvi Kapoor, who is not just a reflection of her mother but also a mirror image of her. Janhvi carries the same poise and composure like her mother, Sridevi and it has been pointed out by a lot of people and fans graciously. (Recommended Read: Tanuj Virwani Learns Cooking From Mother, Rati Agnihotri On Video Calls In Lockdown Amid COVID-19)

The actress is loved and followed for her elegance and grace which is also compared to with that of her mother. Janhvi, whose traditional attires are always compared to the way Sridevi used to carry herself, makes her a splitting image of her mother. But the doting daughter is in love with her parents and above that respects them whole-heartedly and proof of the same is doing rounds on the internet right now. 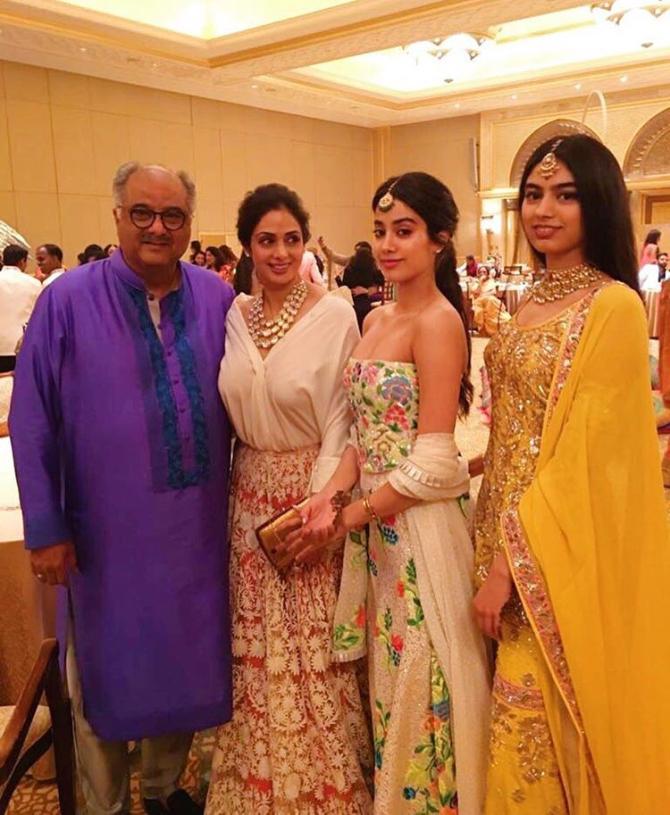 Recently, a throwback video of teenage Janhvi Kapoor and her baby sister, Khushi Kapoor is doing rounds on the internet and is winning hearts. The video is from one of the most popular game shows of Indian television’s history, Dus Ka Dum hosted by Bollywood star, Salman Khan. The celebrity guests on the show are none other than director-producer, Boney Kapoor and his late wife and legendary actress, Sridevi. In the middle of their game, an interesting question comes up that was like, how many Indians believe that marriages are made in heaven? While the celebrity couple was thinking about the answer, Salman Khan asked the same question to the Kapoor sisters sitting in the audience. While, the little girl, Khushi replied, ‘I don’t know’. Her elder sister, Janhvi gave an incredible answer, she said, “I know mom’s and dad’s was made in heaven” followed by huge applause by everyone. Take a look. (Don't Miss: Namrata Shirodkar Calls Her Daughter, Sitara A Performer As She Sings Cutely In An Old Video)

We all know that Janhvi Kapoor is extremely close to her parents and never skips a chance to appreciate their efforts in front of everyone on her life’s special occasions. One such incident is when Janhvi had gotten emotional at the Vogue Beauty Awards 2018, where she had walked the ramp sans her mother. Janhvi had expressed, “It’s a special feeling. But it’s a little weird too because I’m so used to accompanying mom and dad to these things… I always had their hands to hold. So, I don’t know whose hand to hold. I am a little nervous.” Some years back, Janhvi had written a heartfelt letter for her late and beloved mother, Sridevi and had shared how proud she was of her mother. She had stated, “Dear Mom, growing up hearing about your aura, dedication, sincerity and inspirational grit to be the best and achieve the most always made me wish I was present to witness it all. Through all that you have done in your life, you have made me the proudest daughter in the world, and I love you the most. Your daughter, Janhvi.” (Also Read: Karanvir Bohra Surprises Wife, Teejay Sindhu With A Homemade Cake On Their 13th Anniversary) 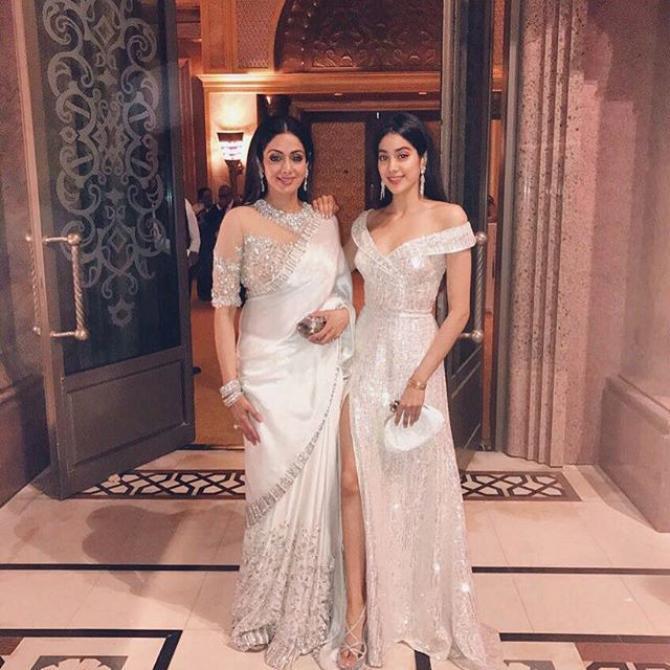