Janhvi Kapoor Reminisces How Her Childhood Smells Like Her Mom, Sridevi, Reveals A Special Moment

Janhvi Kapoor Reminisces How Her Childhood Smells Like Her Mom, Sridevi, Reveals A Special Moment

Ever since Janhvi Kapoor had made her debut in 2018 with the film, 'Dhadak', she had never shied away from giving an insight into the lives of the Kapoors and her relationship with late mom, Sridevi. 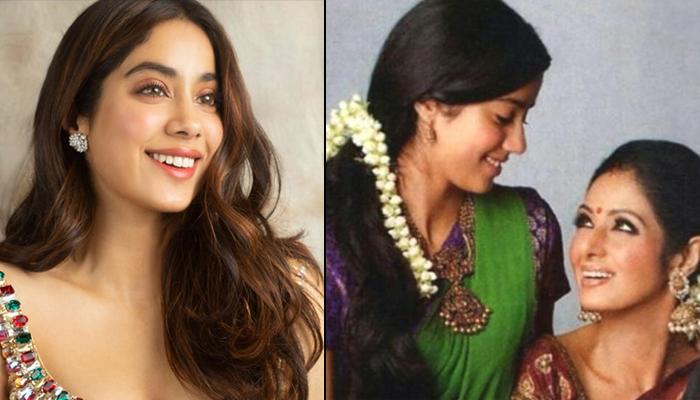 Motherhood evokes gazillion of feelings in a woman and a mother leaves no stone unturned to bind her family together. Often, she makes us wonder about her super-human capabilities and how she manages to do everything without complaining. No matter how old we get, we always remain her little one and even the thought of living a life without her sends shivers down our spine. But unfortunately, Janhvi Kapoor and Khushi Kapoor are going through this tough phase since their mom, Sridevi’s demise. (Also Read: Ananya Panday Spills The Beans On The Hidden Talents Of Her BFFs, Aryan Khan And Suhana Khan)

It was on February 24, 2018, when the nation had woken up to the news of the legendary actress, Sridevi's unfortunate demise and it had really broken everyone's heart. August 13, 2019, marked the 56th birth anniversary of late Sridevi Kapoor, and to commemorate the day, her Dhadak, Janhvi Kapoor had penned down a simple birthday message for her mom. She had written, “Happy birthday Mumma, I love you.” Her message, indeed, speak volumes of love she has for her mother. 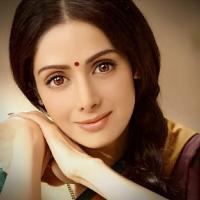 Ever since Janhvi Kapoor had made her debut in 2018 with the film, Dhadak, she had never shied away from giving an insight into the lives of the Kapoors and her relationship with late mom, Sridevi. And the recent Benetton fragrance launch event was no different! Janhvi gave sneak peeks into her own personal olfactory memory lane, describing scents that reminded her of some cherishable moments of her life, which is related with Sridevi. Revealing her mother's favourite scent, Janhvi said, "My childhood smells like my mom. We used to spend a lot of time in our home in Chennai, and she used to put mogras all over our house and in her hair, so it smells like her." 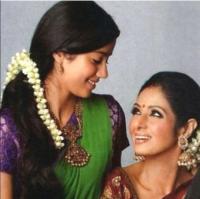 Janhvi Kapoor also reminisced her first makeup memory, which was a special moment with her mother, Sridevi. Janhvi recalled, "I had a stage show at school, where I was doing a Bharatnatyam dance, and mom did my makeup for that." Years later, Janhvi shared that she had learnt an important skincare tip that her mother vouched for too, and revealed, "After you work out, because your pores are open, put ice or cold water on your face to close the pores back again." (Also Read: Shaheen Bhatt Shares An Inspirational Letter Written By Her Father, Mahesh Bhatt Twelve Years Ago) 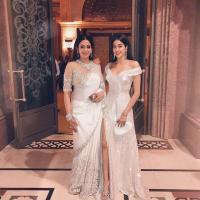 Even in August 2018 at the Vogue Beauty Awards, Janhvi Kapoor had revealed the important skincare and haircare tricks that she had gleaned from Sridevi during her childhood, like oiling her strands and using food as face masks. She was then quoted as saying, "Mom would make our hair oil at home with dried flowers and amla, and she'd make sure she gave me and Khushi an oil massage every three days. Whatever leftover [fruit] we had from breakfast, we'd put on our face." Continuing the same thing now, Janhvi had added, "I use honey, malai, whatever I have available." 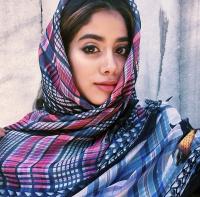 Be it heavily embroidered lehengas, anarkalis or easy-breezy desi ethnic wears, Janhvi Kapoor’s traditional sartorial choices are an epitome of comfort, elegance and grace. And we can say, that she had totally inherited it from her mom, Sridevi. Remember when Janhvi slew Sridevi’s old saree look, to receive the posthumous National Award for 'Best Actress' on behalf of her late mother, Sridevi? We have often seen sisters borrowing clothes of each other but seeing Janhvi wearing her mother’s clothes makes happy tears rolling down our eyes!

And a few months back, the Dhadak debutant, Janhvi Kapoor had graced Sridevi’s old dupatta and had draped it exactly like her mother. Janhvi had styled the beautiful rose printed pink dupatta with a solid white kurta, just like her mother. Like mother, like daughter, we say! This had surely touched our nostalgic chords, and Janhvi continuing her mother’s legacy had left us all teary-eyed. 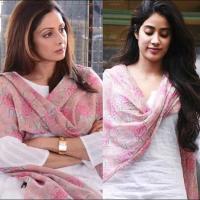 Janhvi Kapoor makes sure to treat her fans with throwback gems from her family archive and give a glimpse of her childhood through her social media. On May 13, 2018, i.e., Mother’s Day, Janhvi and her sister, Khushi Kapoor were indeed missing their mother, Sridevi on the special day. And while almost every celeb had shared posts on their social media dedicating a heart-warming message for their mothers, Janhvi too had joined the bandwagon. Janhvi had shared a candid picture with Sridevi, wherein the mother-daughter duo could be seen twinning in denim dungarees. (Also Read: Janhvi Kapoor Spends Time With Sister, Khushi Kapoor In US, Gives Sister Goals) 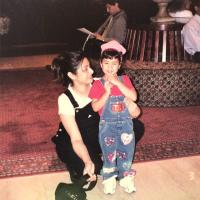 Janhvi Kapoor is now the Dhadak of the nation, and we all would love to see more of her talent on the silver screens! 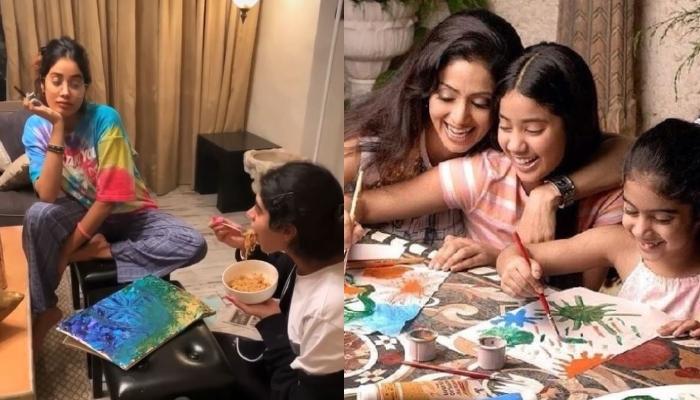 An artist’s imagination knows no boundaries as it is a beautiful form of expression. It is said that a picture speaks a thousand words but it’s not easy for everyone to depict the meaning of the art. During the lockdown, while we were forced to stay confined to our homes to