At a recent show where Khushi Kapoor makes her first television entry, she and sister, Janhvi Kapoor have revealed that their choices are very similar when it comes to tattoos. 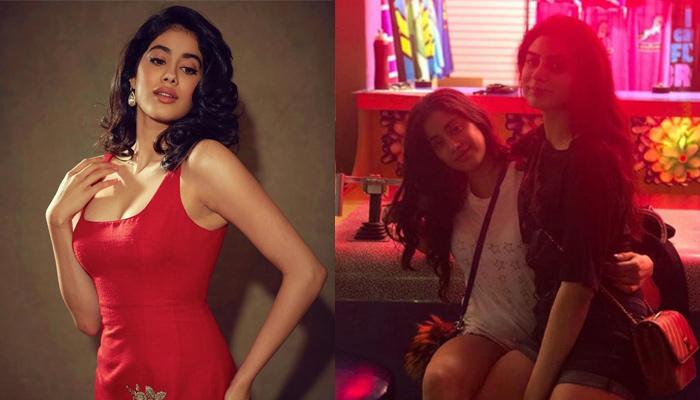 Ek Haazaron Mein Meri Behna Hain..Saari Umar Hamein Sang Rehna- sisters before misters, truly, there is none who can define the complex yet the most adorable relationship of a sister-bond. She will annoy you the most by taking all your best apparels secretly, will hate your boyfriend because she thinks that you are being taken away from her, fight with you about which side of bed to sleep on, but will give you the tightest hug when you’ve had a bad day and give you all the ‘how to sneak away from odds in life’ advice! Truly, sisters are a blessing from God and we bet Kapoor sisters, Janhvi Kapoor and Khushi Kapoor will totally abide by the same. (Do Read: Aashka Goradia Reveals Details About Bestie, Juhi Parmar's Near-Death Experience On The Day Of Holi)

There will be very few occasions wherein you will spot Janhvi Kapoor without her younger sister, Khushi Kapoor and vice versa. Janhvi had just made her big screen debut last year (2018), with Dhadak and everyone is waiting to see when Khushi Kapoor will follow suit. While we aren’t sure about Khushi’s big screen debut, we can already say that Khushi is all set to rock the small screen! Yes, a DNA report had earlier suggested that Khushi Kapoor and Janhvi Kapoor might appear together on Neha Dhupia famous chat show named, BFFs With Vogue season 3 and so they did! 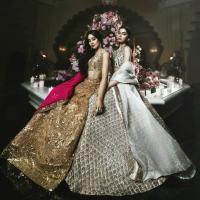 Yes, as per a Mumbai Mirror report, it is now confirmed that Janhvi Kapoor and Khushi Kapoor have not only made their appearance in Colors Infinity’s BFFs With Vogue season 3 but some inside scoops of the show are also out! Yes and this one’s pertaining to celebrities and their tattoos! Janhvi Kapoor and Khushi Kapoor had revealed that their choices are very similar when it comes to tattoos. And what you don’t know is, Khushi Kapoor has three tattoos in total, on her body. One tattoo comprises of all her family’s birthdays in Roman numerals, the second is of her bestie’s name and the third one is on her bum which makes her extremely embarrassing because it reads, ‘Khud ki raah banao’!

Not just this, the Kapoor sisters, Janhvi Kapoor and Khushi Kapoor also revealed that their mother, Sridevi Boney Kapoor didn’t approve much of their decision of inking their bodies. But what are Janhvi’s views about getting themselves inked? She admitted on the show that she is “too chicken to get inked” but she will ensure that her future husband will get himself inked with the words ‘Property of JK’, whenever they will or will be about to get married! While the report stated that the Takht actress said that jovially, but it surely makes us imagine what an adorably possessive wifey, Janhvi Kapoor will make! (Also Read: Kareena Kapoor Khan And Amrita Arora's Matching Denim-Jacket Look Proves Why There's A 'Win' In Twin) 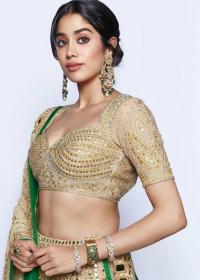 In November 2018, we shared with you an activity of Janhvi Kapoor which had made her younger sister, Khushi Kapoor ‘hate’ her sister! What did she do? Well, for Priyanka Chopra's 'Social For Good' event, the Dhadak star had sported a dress which was stolen by her from her baby sister, Khushi’s wardrobe! Sharing a screenshot of their fun personal chats, Janhvi had written, “When you steal your sister’s clothes hehehe”. A mere glance at their conversation and you will feel like sharing it with your sister right away! Here’s the snapshot: 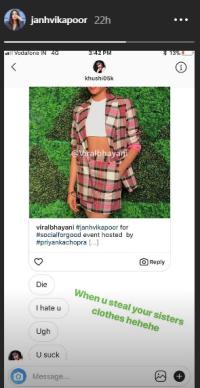 Relatable, right? During Janhvi Kapoor’s Dhadak promotions, she had spoken about Khushi Kapoor’s career choices. Revealing the same, she had shared in an interview, “That's for her to answer." During the promotions of Sridevi’s last film, Mom, she was asked about the career choice that her youngest daughter Khushi is willing to make. To which Sridevi had replied, “Yes, Khushi says she wants to get into modelling. Pehle, she wanted to become a doctor. Phir doctor se lawyer and now it’s modelling. So, I am waiting for the shock to happen.” Only last year (2017), Boney Kapoor spoke about the career change that Khushi is opting for and shared, “And Khushi first wanted to become a model – but has now shifted her focus to becoming an actress." 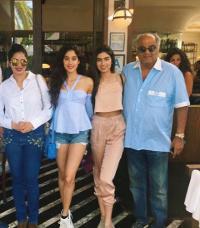 Before Sridevi Boney Kapoor’s unfortunate demise last year (February 2018), the Mr India star spoke at length about her relationship with daughters, Janhvi Kapoor and Khushi Kapoor. She had then stated, “They are friendly with both of us. Khushi is closer to Boneyji and Jahnvi is closer to me. Jahnvi, I feel is more like me — absolutely obedient. I remember... once my mom narrated an incident about me to her friends. She had asked me to sit on the compound wall of our building as she was talking to the neighbours. Suddenly, she realised she had left something in the kitchen, so she told me, ‘Sit here. I will just come.’ She went and got busy with other things and after two hours, she remembered that she left her daughter sitting on the wall. She came running out to meet me and found me sitting quietly in the same position she had left me! My mother asked me, ‘Why didn’t you call out to me?’ I said, ‘But you told me to sit here…’" (Must Read: Ripci Bhatia's Wedding Chunni Shared An Uncanny Resemblance To Deepika Padukone's Chunni [Pic]) 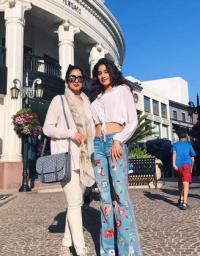 Sridevi had further shared, “She told everybody this story about what an obedient child I was. At the same time, Khushi is also obedient, but will not sit on the wall for two hours, but I think Jaanu will... Both my children are extremely attached to us. Janvi seeks more attention from me while Khushi can manage things on her own. Though Janvi’s grown up now, sometimes I still have to feed her. She won’t eat properly at certain times so I have to make sure that she eats properly. Sometimes she tells me to put her to sleep so all these nakhras she does. Khushi has always been a very independent person right since childhood.” 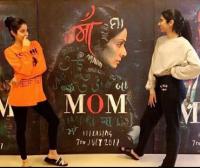 Having said that, we really can’t wait to watch BFFs with Vogue with Janhvi Kapoor and Khushi Kapoor! How about you?