Bollywood actress, Janhvi Kapoor recently purchased a lavish bungalow in Mumbai and hosted a 'griha puja' for her family members. Check it out!

Bollywood actress, Janhvi Kapoor is the daughter of Indian film producer, Boney Kapoor and the legendary actress, Sridevi. She is one of the most loved celebrities in the entertainment industry. Moreover, the gorgeousness often garners attention for her luxurious lifestyle. Recently, the actress has added one more luxurious item to her list as she bought a new home for herself. And now, she hosted a griha puja which was attended by her family members.

Janhvi shares a close bond with her family members. And as the actress became a proud owner of a lavish bungalow in Mumbai, she hosted a griha puja for the Kapoor family. On December 2, 2022, a paparazzo account took to its Instagram handle and shared a video of actor, Sanjay Kapoor and his wifey, Maheep Kapoor posing for the paps outside the young starlet's new house. Janhvi's chacha-chachi visited her to shower love and blessings.

Also Read: Kareena Kapoor Turns Into A Mermaid In An Ocean-Blue Gown, Poses With Hubby, Saif Ali Khan In Saudi For the puja ceremony, Maheep donned a red and golden ensemble. On the other hand, her husband, Sanjay kept it casual with a yellow check tee. The much-in-love couple looked adorable as they posed for the shutterbugs. Check out their stylish ensembles, which they opted for the function: 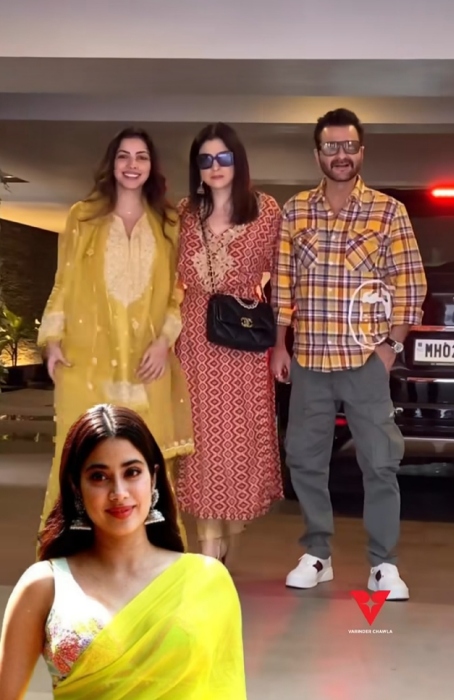 Earlier, multiple media reports stated that Janhvi Kapoor had purchased a lavish duplex apartment in Bandra, Mumbai. The Dhadak actress's property costs a whopping amount of Rs. 65 crores. The reports even mentioned that Janhvi's house has a carpet area of 6421 sq ft and a built-up area of 8669 sq ft. Moreover, the luxurious duplex comes with an outdoor garden, swimming pool and five parking lot spots.

Recommended Read: Hazel Keech Takes An Off From Mommy Duties Of Baby Orion, Decks Up In A Gown, Says 'After A Decade' 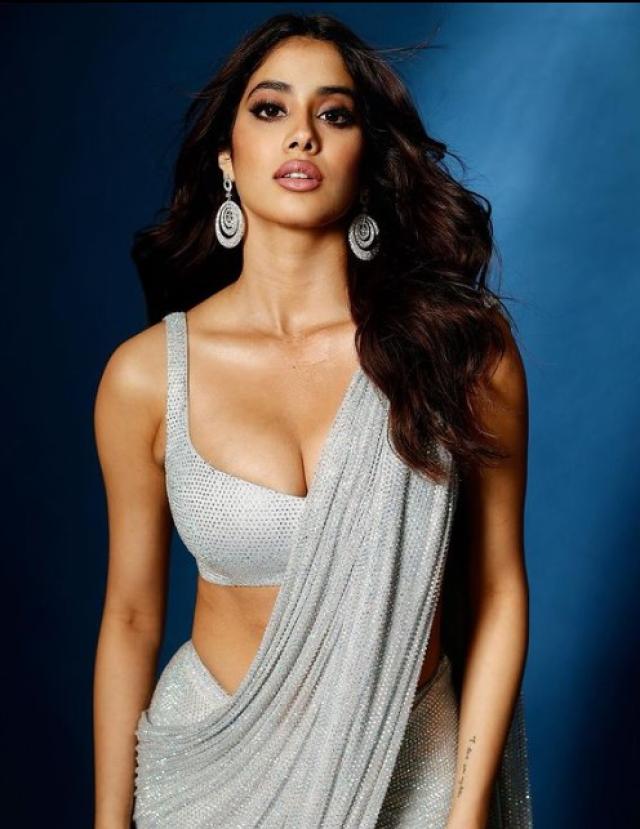 For the uninitiated, this is Janhvi's third purchase in the last two years. Earlier, the actress had purchased a luxurious property in the posh area of JVPD locality, Juhu, in Mumbai. According to a report in squarefeatindia.com, Janhvi bought three super-spacious lavish flats that are spread across three floors, the 14th, 15th, and 16th floors of the apartment and paid Rs. 39 crores for the magnificent house. Congratulations, Janhvi on the new home!

Next Read: Sussanne Khan And Her Boyfriend, Arslan Goni Enjoy A Lovey-Dovey Moment At An Event