Sridevi left the entire nation heartbroken and her family is still struggling to live life after her! We got hold of a beautiful throwback picture of Sridevi with her little daughters. 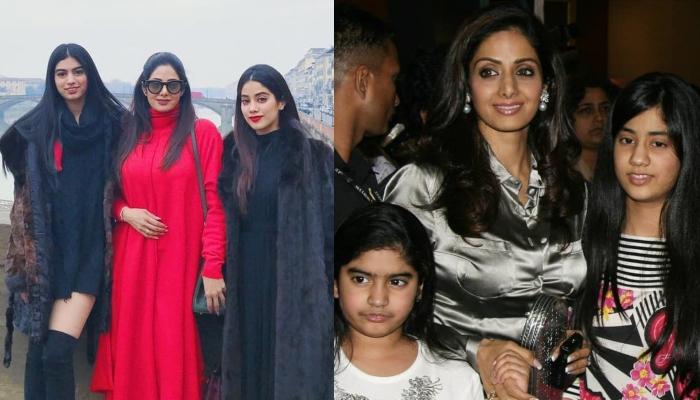 No matter how old we get, we are always going to be our mom’s little girl with ponytails and rosy cheeks! They are the magical solution to our every problem and our secret keeper ever since we took our first step. And imagining a life without her is what scares us every time we think of it. But last year, destiny played its game and Janhvi Kapoor’s entire world changed when her mother, Sridevi left for heavenly abode. (Recommend Read: Divyanka Tripathi Dahiya Gives Us Bridesmaid Goals In These Unseen Pictures From Her BFF's Wedding)

While the great legend, Sridevi’s sudden demise sent shockwaves around the nation, it was her daughters, Janhvi Kapoor and Khushi Kapoor, who were forced to grow up into responsible women. They put on their brave face while their hearts were aching to support their father whose entire world had gone away within seconds. 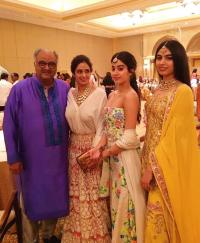 It has been more than a year since Sridevi left us all but the void she had left behind cannot be healed with words. Recently, we came across a throwback picture, wherein, Sridevi can be seen posing with her two little angels, Janhvi and Khushi (aged 12 and 9 then). While we totally love baby Kapoor sisters, we cannot believe how beautifully they have grown up. Take a look at the picture below:

Janhvi had made her big Bollywood debut last year in 2018 and has often spoken about the void she feels in her heart. In an interview with Famously Filmfare, the millennial influencer had talked about the pain of losing her mother. She had shared, “I think, I was still in that state of shock, to be very honest. I think I am still in shock. None of it has been processed. Like, I have no memory of three or four months.” (Also Read: Chhavi Mittal Radiates In Pink As She Enjoys Her Surprise Baby Shower, Picture Inside)

She had also opened up about the time when her half-brother and sister, Arjun Kapoor and Anshula Kapoor came into her family and became an important part of it. She had said, “You know at the end of the day, we have the same blood in us. I don't remember anything of those four months but I do remember that one day when we were sitting in Harsh (Anil Kapoor's son) Bhaiya's room and Arjun Bhaiya and Anshula (Arjun Kapoor's sister) Didi came in - I think that was the one day when I felt like, 'Ok maybe we might be okay.” 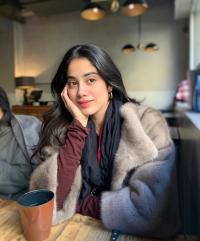 While Janhvi has grown into a gorgeous woman stepping into her mom’s shoes, the entire credit goes to Sridevi’s upbringing. In an old interview with Gulf News, Sridevi had stated, “I am a simple, ordinary mother. I am after their lives all the time, making their lives miserable saying eat, eat, eat and sleep, sleep, sleep... But there’s one dialogue [in ‘Mom’] which says our job as a parent is not to make them understand, but to understand them. This is very poignant and important, that it is not necessary to give them lectures. I apply that to my life too.” (Don't Miss: Sushmita Sen's Brother, Rajeev Sen Proposed Girlfriend, Charu Asopa For Marriage And She Said 'Yes')

Well, Janhvi's success in the film industry would have made Sridevi so proud!