Chhavi Mittal Radiates In Pink As She Enjoys Her Surprise Baby Shower, Picture Inside

Chhavi Mittal Radiates In Pink As She Enjoys Her Surprise Baby Shower, Picture Inside

There is no bigger miracle than the miracle of giving life! And television actress, Chhavi Mittal is enjoying her pregnancy journey to the fullest. Scroll down to take a look at her cute baby shower!

A baby is a blessing and a little bit of heaven sent down on earth! While the journey of being a mother is a process full of magic, the nine-month tenure is a rollercoaster ride with a volcano of emotions. However, with a little help and lots of laughter from your friends and family, it all can be won! And television actress, Chhavi Mittal's family hosted a cute baby shower as she just stepped onto the 10th month. (Recommend Read: 'Naamkarann' Actor Gautam Vig Reacts To His Separation Rumours With Ankit Gera's Sister, Richa)

But before we take you further, let us remind you of the times when the ecstatic mommy-to-be couldn’t control her excitement. In an interview with The Times of India, Chhavi had talked about embracing motherhood for the second time, and had shared, “One can never be too prepared. No two pregnancies and babies are the same. During my first pregnancy, I had the liberty to quit my show and rest it out. However, this time around, I already have too much on my plate — my elder daughter and business. So, I haven’t got the time to sit back and enjoy this phase.” 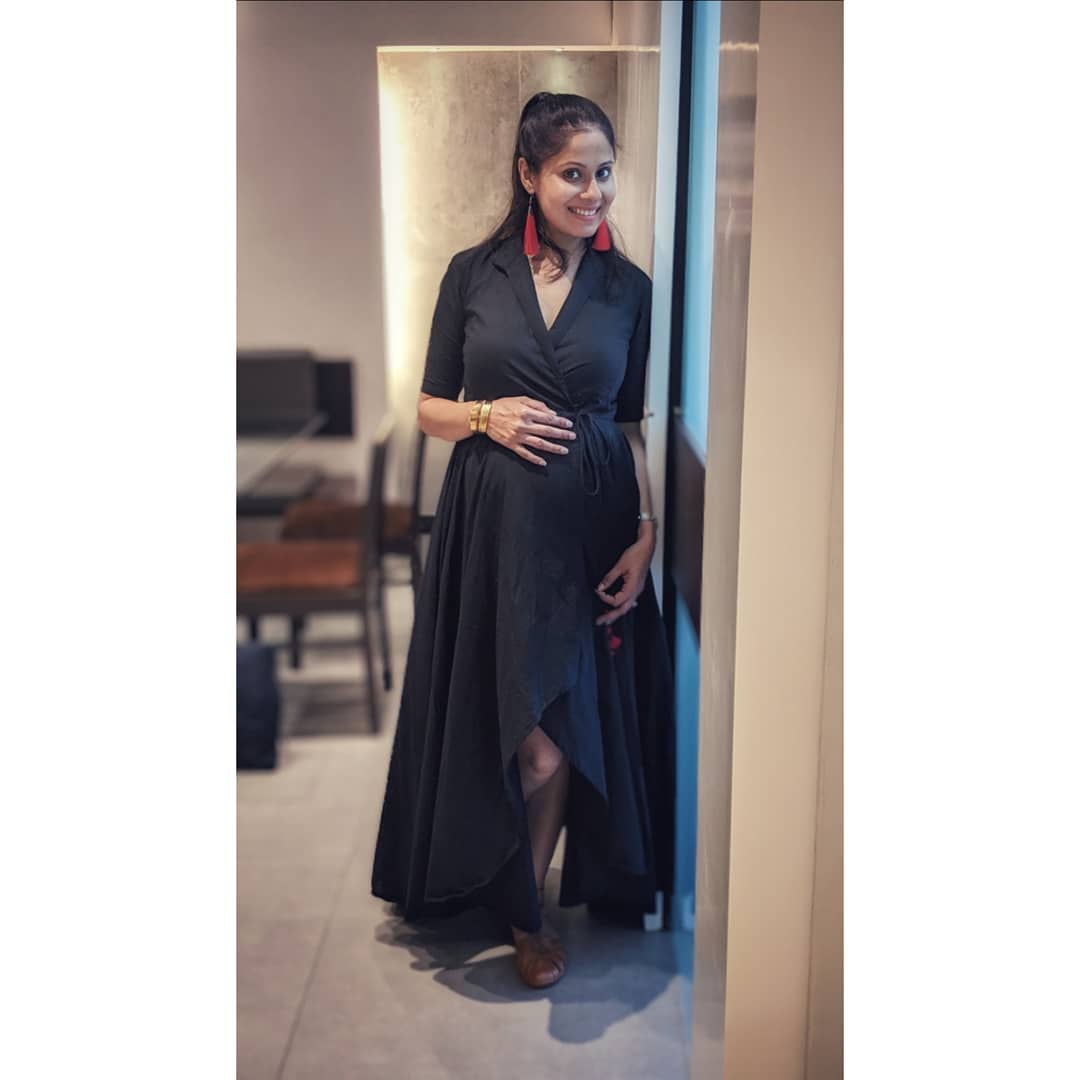 On May 4, 2019, the mommy-to-be, Chhavi took to her Instagram to share adorable pictures of her baby shower. In the pictures, we spotted her donning a blush pink off-shoulder dress, teamed with a strand of pearl necklace and a cutesy panda eye mask that accentuated her ensemble. However, it was her on-point glow and naturally curly hair that completed her look. Take a look at the picture below: 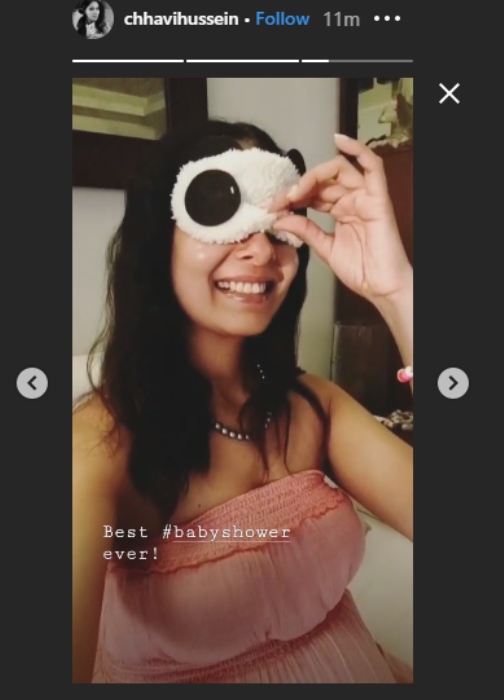 A couple of days ago, Chhavi took to her Instagram handle to announce her 10th month of pregnancy. She posted a beautiful picture, donning a gorgeous yellow dress and flaunting her full baby bump. Along with the picture she wrote, "THE 10th MONTH...Here I am, thinking I have seen it all and heard it all... But in the 11th hour of my pregnancy, there's yet another myth that I need to address! The 10th month. Yes, there is a 10th month in pregnancy, and I'm currently living it. So many people tried to correct me in one of my recent posts, thinking I may have accidentally written 10th instead of 9th. No it was no accident. The 10th month, as logic suggests, starts after the 9th month ends. After 36 weeks of pregnancy, the baby is officially ready to come into this world. 40 weeks is considered a full term, and that's when the doctor gives you your EDD (estimated due date)." (Also Read: Milind Soman Reveals His Mother-in-Law Is Younger Than Him, Shares Parents' View On Their Marriage) 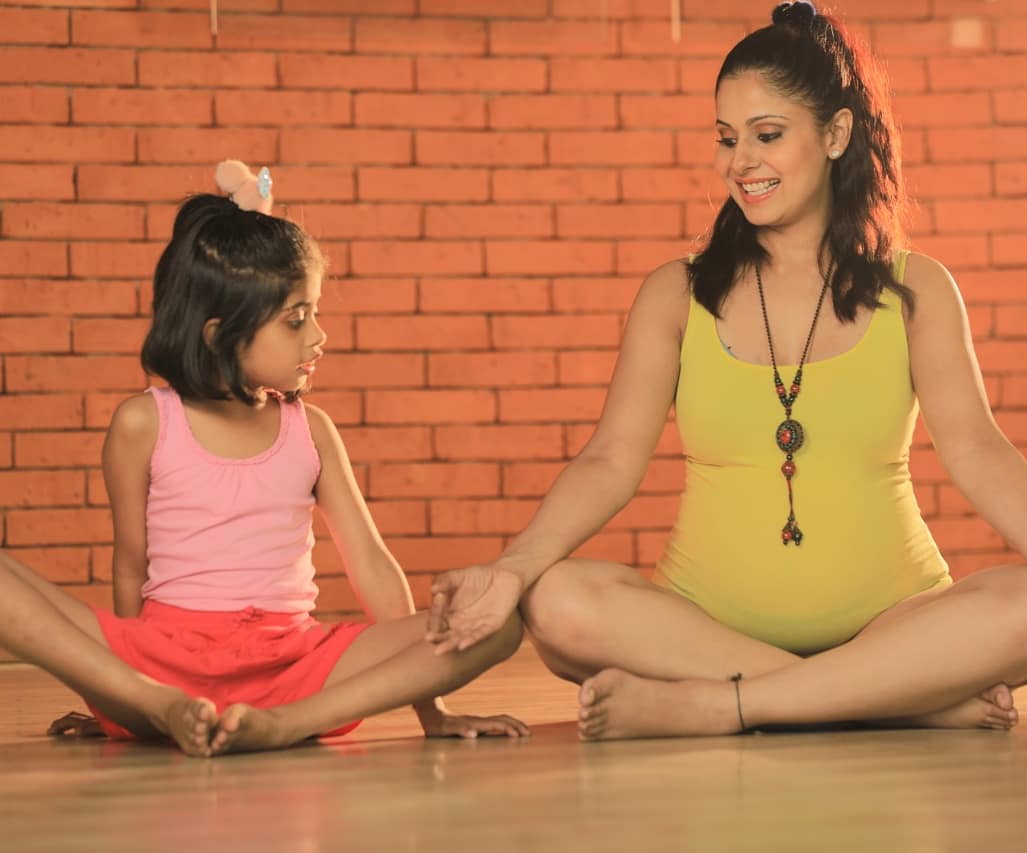 She further wrote, "The due date is always ESTIMATED because nobody can predict when the baby arrives. It is extremely common and absolutely normal for women to reach 42 weeks before natural labour begins.. especially if it's the second pregnancy... and once you cross 38/39 weeks, your 10th month begins.So, while my clock ticks, I could go into labour right this minute, or another week later... I'm not worried. On the contrary, I'm rather relaxed. Because I know, once the baby comes, I'll have my hands full!" 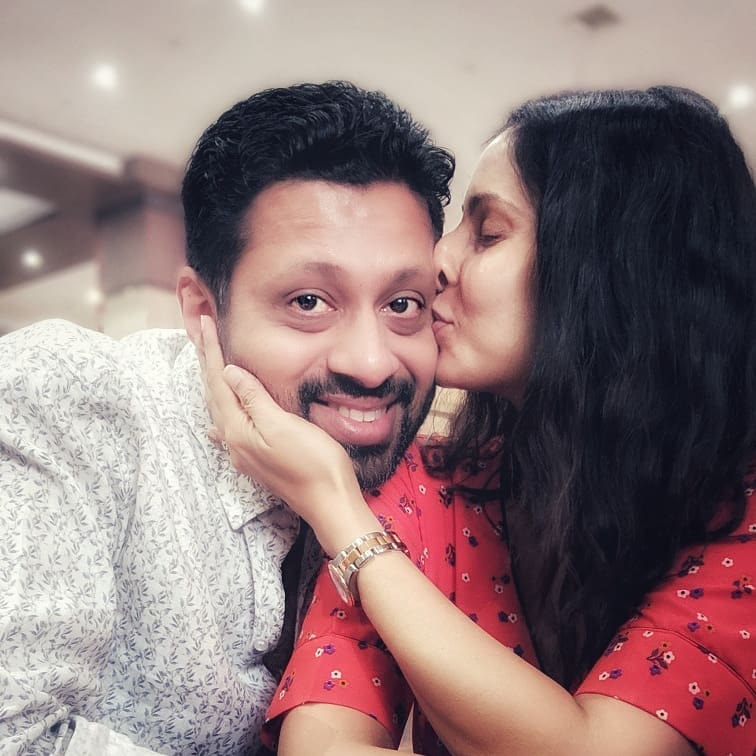 The mommy-to-be Chhavi has taken out her writer's cap and has blogged her entire journey of being a mother. She has raised issues that no one talks about, broke old societal notions surrounding pregnancy and has openly discussed things that no one knew about. She is an inspiration for many, who fear what the world will think! (Don't Miss: Ankita Bhargava Posts Throwback Pics With Karan Patel Burning The Dance Floor Before 4th Anniversary)

We cannot wait to see more pictures from Chhavi's baby shower! What about you?