Scroll down to check out an unseen picture of teen Jacqueline, posing alongside her mother! 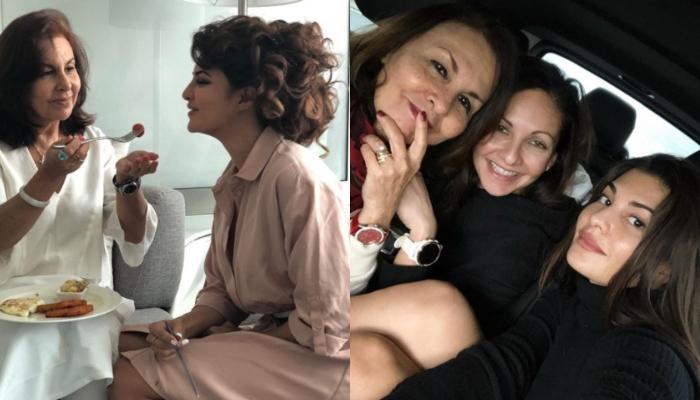 One of the most beautiful actresses of Bollywood, Jacqueline Fernandez is known to be a jolly, bubbly person who fills the room with positivity and happiness. Over the years, her love life has been speculated to no end, and her name was linked to a lot of her co-actors. But she has always handled such rumours with utter grace and had steered clear of controversies, which makes her a favourite of lots of people. Scroll down to check out an unseen picture of teen Jacqueline, posing alongside her mother! (Recommended Read: Angad Bedi Gives A Glimpse of Sunday 'Aatank' Of Daddy's Little Girl Mehr Dhupia Bedi [Video Inside])

Jacqueline Fernandez had shared a cute family picture from her New Year vacation in Switzerland in January 2020. At the first lunch of 2020, she was also joined by her Dhishoom co-actor, Varun Dhawan along with his girlfriend, Natasha Dalal. The whole group had soaked in the celebrations against the beautiful backdrop of snowy mountains! Check out the picture below: 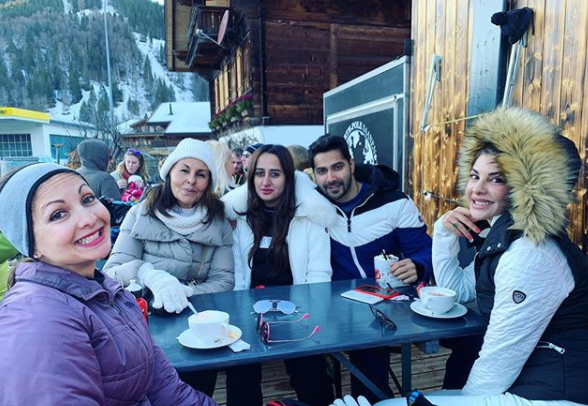 On September 14, 2020, Jacqueline Fernandez took to her IG handle and shared an unseen childhood picture, posing like a stylish teen diva alongside her mom. Her mom, Kim Fernandez, looked every bit as gorgeous as Jacqueline. Now we know where does Jacqueline gets her good looks from! Donning a black dress, Jacqueline gave a full-fledged smile for the camera, while her beautiful mom flaunted her cute curls in a red shirt. Jacqueline captioned her post as "Best friends forever #mumsie." 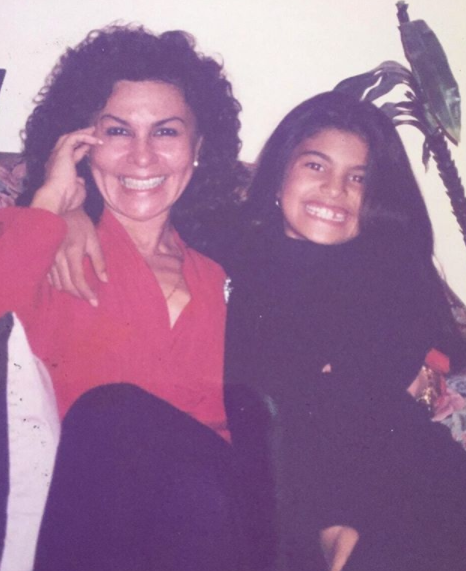 On the occasion of her mother's birthday, Jacqueline had shared adorable throwback pictures with her. In the pictures, her mother could be seen feeding Jacqueline with her hands. Jacqueline had missed her mom and had written in the caption, "Happy Birthday Mumsie!! Love you miss you and wish you were here with me quarantined together @kimfernz77." 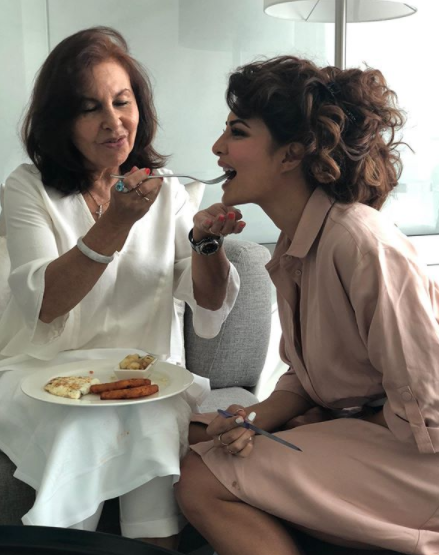 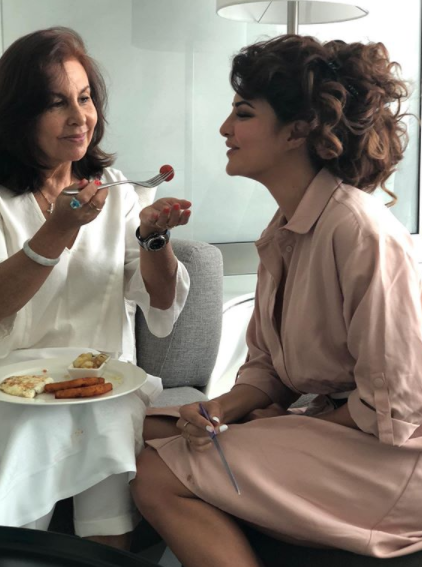 Some time ago, in a conversation with Pinkvilla, Jacqueline's brother, Ryan Fernandez had gone all candid about Jacqueline's personal life, revealing her secrets! Talking about his sister's love life, Ryan had jokingly said, "I don't think she's dating anyone currently. She's in love with four of them and all of them have four legs and have fur." He meant the cats that Jacqueline pets, as she loves them a lot." (Also Read: Bharat Sahni Shares Throwback Picture With Riddhima Kapoor From Mehendi Ceremony On Her Birthday Eve) 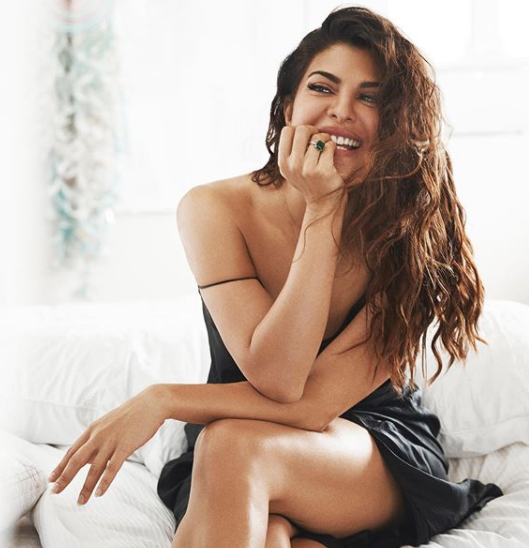 In the same interview, Jacqueline had recalled an incident where her brothers had gotten into an ugly fight with one of her exes. She had said, "So there was this one time when I was 15-16 and was really in love with this guy who my brothers didn't like at all. And they had gone into a really bad fight once. They were being protective brothers and actually, in the end, they were right. Whatever they thought of the guy turned out to be true. But it was a nasty one, for sure." 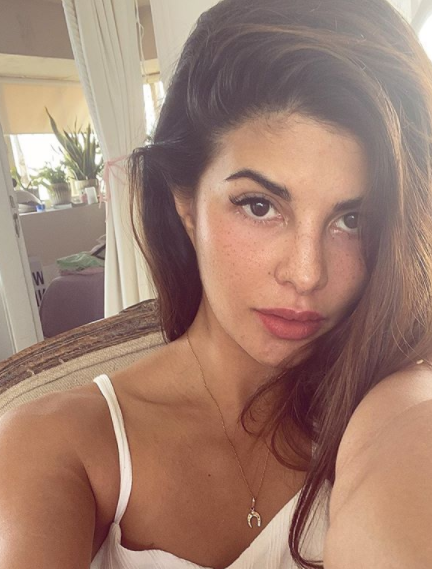 When asked about dating a co-actor, Jacqueline had revealed how she could not think beyond professional ties with any of them. And that's why, she had never dated any of her co-stars. In her words, "It's really strange because I work with all actors. Somehow, it's so professional, I don't see myself crossing that line. I have that with everyone who I work with. It completely de-romanticises everything else for me. Having said that, there are other creative people in the industry, so maybe them." (Don't Miss: Ankita Lokhande Talks About Some Unforgettable Memories With SSR On His 3rd Month Death Anniversary)