With the arrival of a child, the entire family enters into a new life. Their giggles and cuteness change the atmosphere of the whole family. From dada-dadi to nana-nani, they become the apple of everyone’s eyes. And the mother’s face lits up when she looks at her little one, running around the entire house, painting the walls and doing all sorts of naughtiness. Capturing all the firsts of her little munchkin becomes a treasure for her. And Tennis star, Sania Mirza is one such doting mother, who is living every moment of her life enjoying all the firsts of her goofball, Izhaan Mirza Malik’s life. (Also Read: Hrithik Roshan's Ex-Wife, Sussanne Khan Celebrates Ganpati Visarjan With Him And His Family)

Sania Mirza and her cricketer hubby, Shoaib Malik had embraced parenthood on October 30, 2018 and had welcomed their baby boy. The lovely couple had made sure to add both the father and mother’s surname to their munchkin and had named him, Izhaan Mirza Malik. Since Izhaan’s birth, his mommy, Sania is on cloud nine and never misses an opportunity to treat her fans with droolworthy pictures of her little Izzi. On the other hand, Sania and Shoaib’s little boy, Izhaan has a huge fan following just like his star parents. 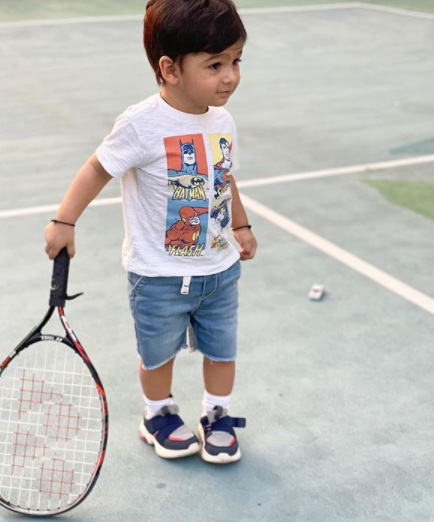 Sania Mirza is quite active on social media and would often give glimpses of little Izhaan. From his play dates to the beautiful time he spends with his nanu, Imran Mirza, Izhaan has always won our hearts with his cuteness. On August 24, 2020, Sania took to her IG stories and shared a cute video of Izhaan playing carrom board in a unique way. Dressed in a yellow Polo t-shirt, Izhaan looked adorable as he swiped the carrom men without using a striker.

In an interview with the Hindustan Times, Sania Mirza had talked about how she derived strength from her family, especially her son, Izhaan Mirza Malik during the tough phase of the pandemic. Sania had remarked, “I drive strength from my family, especially my son Izhaan. No matter how bad my day is, his smile makes everything better. I’m sure we all have that one person who makes us feel that way. Keep them closer.” (Also Read: Neil Nitin Mukesh's Daughter, Nurvi Looks Cute In A 'Lehenga' As She Gets Ready For Ganesh Chaturthi) 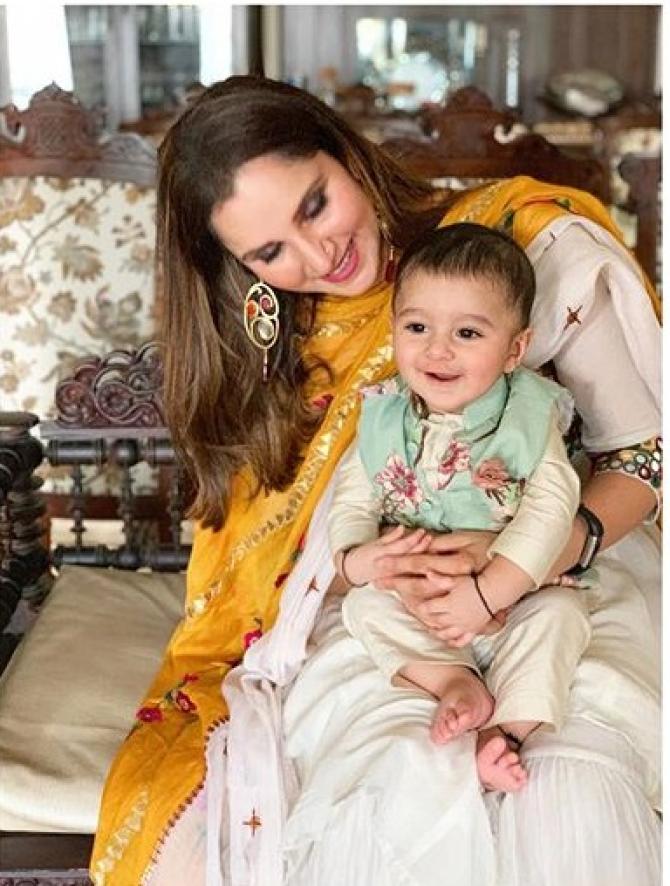 On June 28, 2020, Sania Mirza had showed us how little Izhaan understands the game of cricket. She had taken to her IG handle and had shared a lovely video featuring Izhaan. In the video, Sania was seen asking Izhaan about Asad khaalu and baba, Shoaib and the little munchkin was seen showing the gestures of hitting a 4 and 6. Along with the video, Sania had written, how Izhaan was a bit biased for his baba. Her caption could be read as “Asad khaalu hits a 4 but Baba hits a 6. he might be a bit biased @izhaan.mirzamalik #Myizzy.”

In an interview with Pinkvilla, Sania had talked about embracing motherhood and had stated, “A lot has changed after becoming a mother, your life changes, I think the whole focus becomes about the baby and prioritising the baby. Me as a working woman, I obviously want to get back to tennis, so I am trying to prioritise my time. It is the most selfless kind of love I have ever known, and it is the most amazing feeling I have ever had. My life has completely changed for the better. Ya, Shoaib is also playing quite a lot and is travelling so he does help whenever he can." (Also Read: Ankita Lokhande Brings Home 'Ganpati Bappa', Prays For The Late Actor, Sushant Singh Rajput) We love Izhaan’s cute antics. What about you? Let us know.