After a successful stint in Bollywood, Ishaan Khatter is riding high on his professional front. On Children's Day, Ishaan shared a throwback picture of his family. Take a look! 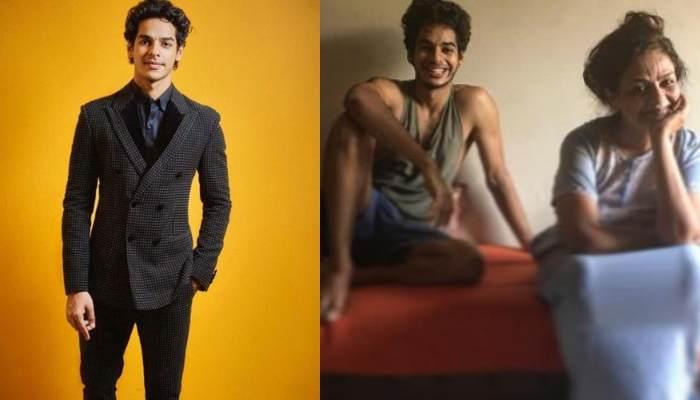 'Each day of our lives we make deposits in the memory banks of our children' - Children are the best gift of God and lucky are those couples, who are blessed with one. Although parenthood comes with a lot of responsibility, it brings truckloads of hopes and happiness with itself. From the moment a couple conceives their baby, their entire life starts revolving around preparing for their little bundle of joy. (Also Read: Mohena Kumari Singh Shares Unseen Sangeet Pictures With Suyesh Rawat On Her One-Month Anniversary)

Ishaan Khatter made his acting debut in Beyond The Clouds directed by Majid Majidi and proved that acting is certainly in his genes. After a successful debut, Ishaan was paired opposite Janhvi Kapoor in the movie, Dhadak under Dharma Productions. Although the film got mixed reviews, Ishaan and Janhvi’s on-screen chemistry was really appreciated. Ishaan, who is the step-brother of Shahid Kapoor shares a very close bond with his mother, Neliima Azeem and regards her as his true inspiration. 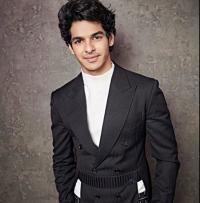 On November 14, 2019, Ishaan took to his Instagram handle and shared a throwback picture with his mother. In the picture, Ishaan was seen sitting on the lap of his mother Neliima and playing with his toy car. His step-brother, Shahid, dressed in a navy blue T-shirt and white pants was also seen looking at his baby brother playing with his toy car. Ishaan also wrote “#throwback, Happy Children’s Day!” on the picture. For the uninitiated, Ishaan’s mother, Neliima Azim was earlier married to ace actor, Pankaj Kapur. Their marriage didn’t last long and the couple separated after some time. Neliima later married actor, Rajesh Khatter, Ishaan’s father and that too didn’t last long and the two parted ways. It was definitely a difficult phase for both Neliima and Ishaan. In an interview with the Bombay Times, Ishaan had talked about it and had revealed, “I was very young when my parents separated, and later, my mother remarried. For six years, I stayed with my stepfather (Ustad Raza Ali Khan) and my mother. Then, they separated and I saw her go through two broken marriages and her struggle to keep things together.” (Also Read: Taimur And Inaaya's Picture Sharing An Ice-Cream Will Make You Remember Your Childhood)

In an interview with The Times of India, Ishaan had also talked about the struggles faced by his mother while raising him and how indebted he is to her. Ishaan had added, “She would often put her own feelings in the back seat to take care of others. That’s an act of selflessness. For many years, I saw her go through emotional strain and difficulties. She had more on her plate than she could deal with while taking care of us. I often saw her go through changes in her personality. She is a lovely person, that’s why it’s important for me to give her all the comfort, happiness and satisfaction I can. I have great admiration for her.” 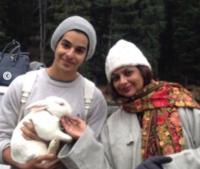 Although Shahid and Ishaan are half-siblings, the bond shared by the two is phenomenal. The two often encourage each other and Shahid had always stood up to trolls targeting his little brother Ishaan. Shahid’s last film, Kabir Singh did really well at the box office and his performance had gotten lot of appreciation from critics and fans. Amid all the appreciation, it was his little brother, Ishaan who had posted an emotional message for his big brother on the latter’s Instagram handle. He had written, “As happy as can be for my big brother today who’s always been a shining example of a human being for me. Not a doubt in the world that you deserve the smashing success but it continues to baffle me how you were able to play one of the most complex, lost and damaged characters with such perfection while returning home to being the most centred, loving and responsible family man I know. Thank you for showing me what it means to be a responsible son, father, husband and brother always AND for knocking me out with your performance in and as #KabirSingh. You are (fire and a diamond emoji).” (Also Read: Ranveer Singh And Deepika Padukone Look Regal While They Seek Blessings At Golden Temple) 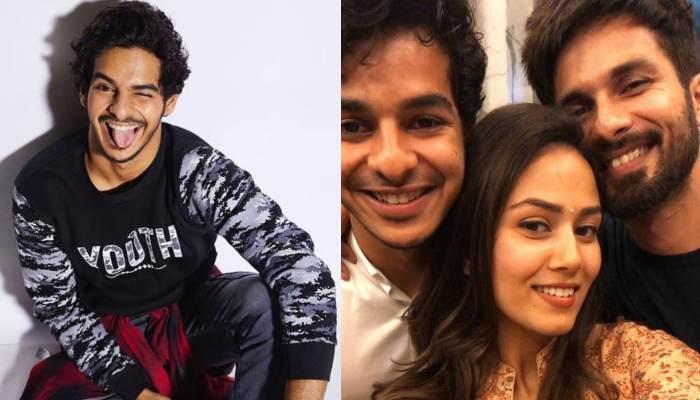 Siblings are the best part of childhood, they fight with us, complain about us but still, their love knows no bounds. There are very few brothers, who do not fight with each other. They compete with us, fight over petty things but dare anybody else say anything against us, and the