Chakravartin Ashoka Samrat actress, Somya Seth married a US-based filmmaker, Arun Kapoor on January 15, 2017. Her latest Instagram posts suggest she has left her husband and is a single mother now. 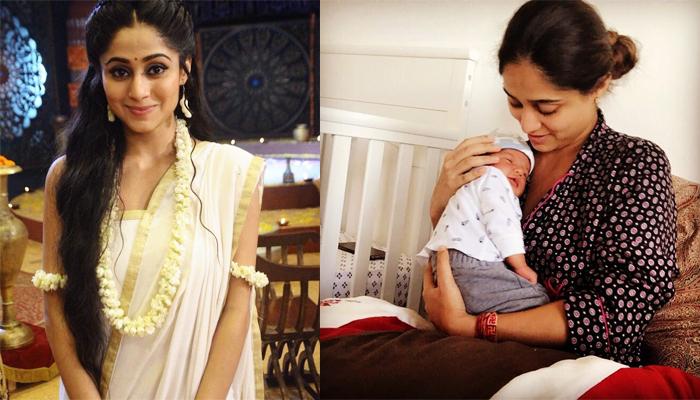 Tinsel town and telly land are full of surprises and shocking news. We never know what bad news may befall on us when it comes to some of our favourite celebrities. Amidst so many wedding and baby news, there is one celebrity who seems to be leading a 'not-so-happy-life' probably, but it would definitely be for the greater good in the scheme of things. We are talking about Navya..Naye Dhadkan Naye Sawaal fame actress, Somya Seth. Somya Seth’s latest Instagram posts suggest that either she has left her husband or there is definitely some tension between the two. (Suggested Read: Shiny Doshi Can't Wait To Become Massi, Dazzles In A Slip Dress At Bestie's Baby Shower, Pics Inside)

Chakravartin Ashoka Samrat actress, Somya Seth got married to a US-based filmmaker, Arun Kapoor in a private ceremony on January 15, 2017. Somya and Arjun had been dating for quite some time and had a secret roka ceremony in August 2016. Sharing the same, Somya Seth had then told a media portal, “Yes, we had a roka ceremony. I met Arun during my three months trip to US. We became friends and eventually fell in love.” 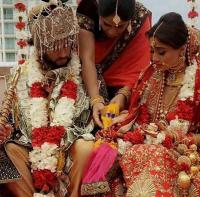 Somya Seth, it seems now, is either single without any official confirmation or she and Arun might have had some major tiff. In her latest Instagram post, Somya Seth has shared that the concept of Prince Charming is the trashiest thing ever. Somya has shared her own picture and captioned it as, “8 years ago when I took up Navya I was 21 years old girl... wanted the world to believe in love!!! Wanted to heal the world with love!! I believed everyone deserves love and to be loved. I was in my own country. I lived with my parents who protected me from everything evil. I have grown up - I have seen violence, I have seen hate, I have seen jealousy, I have seen injustice, emotional manipulation and physical abuse! I have seen Beautiful Faces with ugly hearts.” 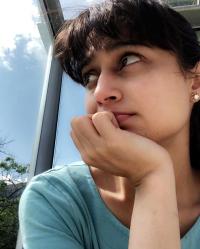 Somya Seth’s post could further be read as, “People who look well but are sick in heart and mind. 8 years after doing Navya I believe- Prince Charming is the trashiest concept as of today!! Girls just need to listen to their own hearts and believe that they are women with substance and their happiness should not depend on any guy. Today I can tell being honest is expensive and worthless and painful and stupid. All that being said Navya was a beautiful dream and I am grateful that I got a chance to live it for a few days!! Some of the most memorable days of my life!! Grateful forever!! Amm ladki ki Khaas Kahaani!!” (Don't Miss: Preggy Sameera Reddy's Baby Is Kicking Away, Mommy-To-Be Shares Her Joy By Flaunting Her Baby Bump) 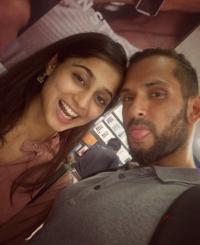 And just like her previous post, here’s another caption from Somya Seth which will tell you a tale of heartbreak. The phrase in her caption ‘she has left the bad behind’ could mean that Somya Seth and Arun Kapoor are now an estranged couple. Her caption reads like this, “They feel they are making my life difficult but they don’t know this girl just got happier than she has been in a long time because she knows she has left the bad behind and only goodness surrounds her!! Sometimes cutting ties off is the best thing you can do for yourself!!” 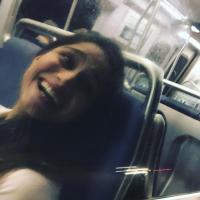 Sharing the following picture as another post on her Instagram handle, Somya Seth has worded it as, “After living in a safe house for almost two months I and Ayden have got PO, a new job and a new house... Thank You, Krishna, for guiding us, protecting us, providing for us and more importantly thank you for our new positive beginnings. We are safe, grateful, happy and content.” Just like her wedding and her pregnancy, even her alleged fight and singlehood now has come as a shock to us. Just 9 months after her wedding, Somya Seth had shared that she was blessed with a baby boy. Somya and Arun had named him Ayden. She had taken to her Instagram handle then and shared, “He came into my life and changed it forever!! He crawled into my heart and filled it w more love and warmth. The first time I laid my eyes on him, the way I see the world has changed. The first time I held him in my hands, realised how it feels to have your whole world in your hands! Ayden Krish Kapoor you are the reason I am in this world. You made me a mother! You changed the meaning of every word in my dictionary, my life has more depth because of you. These words are nothing but just a drop in the ocean of love you have filled my life with!!” (You May Like: Radhika Merchant Flaunting 'No Makeup' Look At Akash-Shloka's Mehendi Proves She Is A Natural Beauty)

Something is definitely not right between Somya Seth and her husband, Arun Kapoor, right? What do you guys make out after reading her captions? 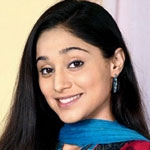