Dressed in a crochet top and hot pants and finishing out her bohemian look with beaded hair, Ira Khan is plagued by an existential question - "Who are you?" in her debut photoshoot. 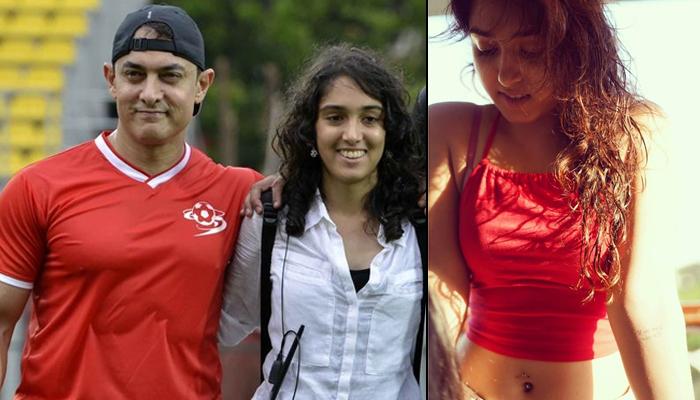 Admit it or not, celebrities, more so, the blessed silver-spooned life that their kids have always made us enviable. More than we are obsessed with every activity our favourite celebrities indulge in, we now crush on their offspring, who gives us goosebumps with their larger-than-life lifestyle. From the moment they are born, their growing up days to the time the announcement about their debut is made, star kids have always been our fascination. And with the of late Instagram posts of Aamir Khan daughter, Ira Khan, we bet she is surely the one to look out for! (Also Read: Gauri Khan Gives A Never-Seen-Before Peek Inside Mannat, Shah Rukh Reveals What Makes Home Beautiful)

Just a while back, Ira Khan had made headlines for her personal life and we just adore how this starlet doesn’t shy away from flaunting the man she loves. Sometime back, the 22-year-old star kid had interacted with her fans through her Instagram handle and had answered questions pertaining to her personal life. In an ‘Ask Me Anything’ feature on Instagram, Ira had clarified her relationship status. When a fan had asked her, "Are you dating someone?", Ira had replied with a picture hugging her ‘man’ and tagged the love of her life, Mishaal Kirpalani. Now that suffices all! 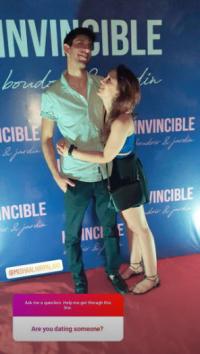 Aamir Khan and Reena Dutta’s daughter, Ira Khan is back hitting the trend chart with her debut photoshoot picture. Dressed in a crochet top and hot pants and finishing out her bohemian look with beaded hair, Ira is plagued by an existential question - "Who are you?" Exploring the answer with fashion, Ira explained, “Who are you? I've never had an answer to that question but at different points in my life, I've been overwhelmed by the question or at peace with not having figured out the answer just yet. The exciting moments are when you realize you can choose who you want to be and just how many things you want to be. And also that no one thing defines who you are. In this piece, fashion is my tool of exploration. But its just that.. one of the many ways to explore this idea.” 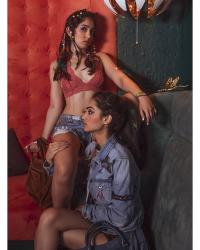 A while back, Ira Khan had taken to her Instagram and had posted an adorable video with her beau, Mishaal Kirpalani dancing the night away. Ira and Mishaal were out with their friends and the duo couldn’t stop dancing with each other as the music and the vibe of the place were just as right! Do notice the video when as soon as Ira spots that their moments are being saved on the phone, she leans forward towards him and hugs him tightly so as to not let him go! She had captioned the video as, “I just wanna dance with you @mishaalkirpalani.” Her hashtags too, spoke a thousand words, “#dance #slowdance #thirdwheel #love #squishies #karaoke.”

Much before confirming her relationship with Mishaal, Ira had often posted pictures and selfies with him on her social media handle. Posting an album of goofy pics with him sometime back, Ira had captioned the pics as, "Hope your Spring Break was sunny and smiley as @mishaalkirpalani's". Ira and Mishaal were in California for their Spring Break in March 2019. (Also Read: Ibrahim Ali Khan's 'Mystery' Girl Is No More A Mystery, Arrived Together For Date Twinning In Black)

On Koffee With Karan, Aamir Khan had revealed that his children, Junaid Khan and Ira Khan are inclined towards a career in Bollywood. However, the doting daddy had clarified that though he will back their decision to follow their dreams, he will not create opportunities for them if they are not deserving. Aamir had said, "When Junaid said that he wanted to go and train as an actor, the first thing I said was, 'Look, you should follow your heart and do what you want. But when the time comes for you to take your first step as an actor, if I feel that you are not good enough, I will tell you that on your face and I won't actively do anything to support you.' Because that will be unfair for the film and it will be unfair for the audience. If you're good, then you'll get opportunities. Perhaps from me, perhaps from others. That goes for Ira as well." 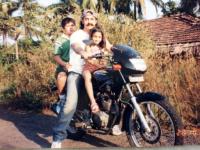 Though Ira Khan is quite open about her relationship with boyfriend, Mishaal Kirpalani, and is active on social media, she mostly prefers to stay away from the limelight. On June 16, 2019, i.e., Father’s Day, Ira had taken to Instagram and posted an adorable video wherein she was seen teasing her daddy along with a throwback picture with him. She had written, “From being ridiculously over-protective to telling me I should be more rebellious... you've been an amazing person to have in my life. You're always there when I need you. People always ask what its like to be brought up by and around you, some think it would be really cool or exciting... but that would be an understatement. Thanks for being such an educational, stimulating and inspirational figure in my life. I'm passive aggressive too so I may not tell you how cool I think you are but I definitely think it. And thanks for the great-skin-gene. Happy Father's Day!” (Also Read: Aryan Khan's Cosy Dance With Mystery Girl, Fans Wonder If She's His Blogger GF Whom Gauri Approved)

Don’t you want to see Ms Khan soon on the silver screens? Let us know! 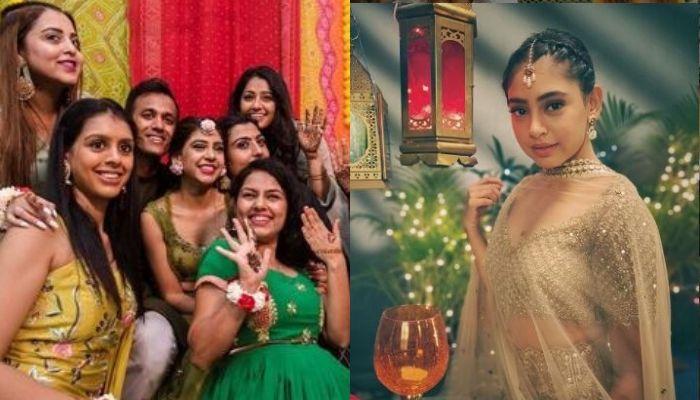