A few days back, it was reported that Shah Rukh Khan and Gauri Khan's son, Aryan Khan is taken. Adding fuel to the fire, pictures of Aryan dancing with a mystery girl is setting the internet on fire.

It’s been close to three decades now and yet we get never too old when it comes to loving him. His perfectly arched eyebrows, dimpled smile, the language that his eyes speak- our love for Shah Rukh Khan and his movies is immortal as even today, they are capable of evoking emotions the same way as the first time! Shah Rukh has made us believe in dreams, the power of love and gave birth to the unrealistic expectations of romance with his wide-open arms. And looks like after so many years in the industry, Shah Rukh finally has some tough competition and that too, from his 21-year-old son, Aryan Khan! (Also Read: Kartik Aaryan Protects Sara Ali Khan As They Get Mobbed By Fans In Lucknow, Video Inside)

Even though we have seen glimpses of Shah Rukh Khan and Gauri Khan’s son, Aryan Khan in the films, be it his cameo as baby Shah Rukh Khan a.k.a. Rahul Raichand in Kabhi Khushi Kabhie Gham or his voice-over for Simba in The Lion King, the nation is waiting for a proper official debut of the 21-year-old starlet. For being superstar, Shah Rukh’s son, Aryan’s personal life too, serves as the hot news with breakfast, just like other star kids from the B-town.

A few days back, a Mumbai Mirror report had informed that Shah Rukh Khan and Gauri Khan’s eldest lad, Aryan Khan is taken. Reportedly, Aryan is dating a blogger from London, where he has been studying for the past few months. The report had also stated that his mommy, Gauri had already met the girl and the verdict all around is that she is a very sweet girl. Now, adding fuel to the fire, mushy pictures of Aryan dancing with a mystery girl are setting the internet on fire. Fans have peppered the post with questions asking whether this is his new ladylove? Check out the cosy pictures of Aryan Khan hugging his mystery girl: 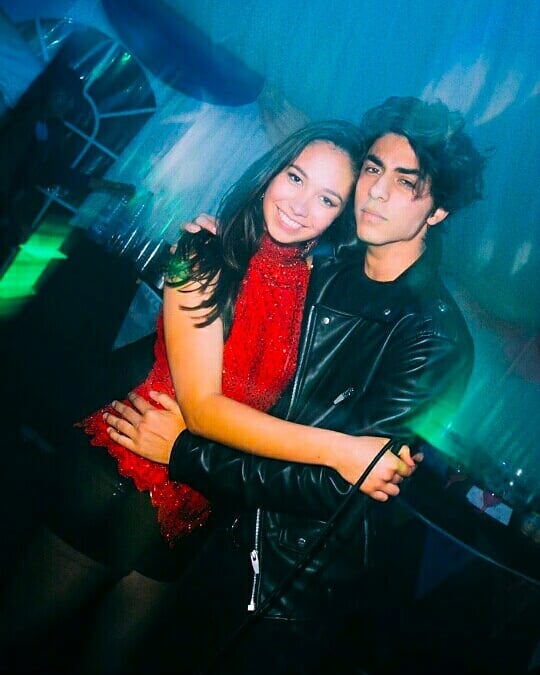 Earlier, Aryan Khan was rumoured to be dating Navya Naveli Nanda, daughter of Shweta Bachchan Nanda and Nikhil Nanda. Studying in the same university, Aryan and Navya had a common friend circle and were often spotted hanging out together. A few days ago, before the release of The Lion King, Gauri Khan had posted the film’s teaser and gave a thumbs up for her son saying she couldn’t stop watching it on loop. To this, Aryan’s once rumoured girlfriend, Navya gave hearts to his voice as Simba and we could easily relate with her reaction!

Being a superstar’s son, Shah Rukh Khan is quite often asked about Aryan Khan’s debut in the films. Elaborating on the similar lines, Shah Rukh had once shared, “Aryan is studying to be a filmmaker and a writer, while Suhana wants to be an actor. But even if he wants to be a filmmaker, he needs to study for another five to six years and not just the literal form of studying, but probably be an assistant to Karan after he finishes his film-making course.” (Also Read: Kunal Kemmu Holds Inaaya Naumi Kemmu In His Arms, Taimur Ali Khan Feels Possessive And Holds His Leg) 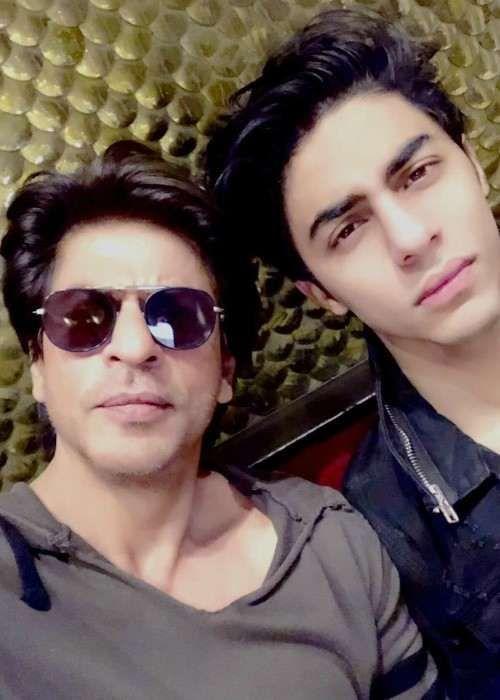 In a throwback interview with ET Panache, Shah Rukh Khan was asked, “Are you building your empire for your children?” To which, King Khan had replied, “I'd rather they build respect for the life they've got. I'd like Aryan, Suhana and AbRam to create something new in their fields, be it chemical engineering or football. I hope they overshadow me. There's the Hindi word – uttaradhikari (successor). Don't wish that on your children because it takes away their freedom of choice. I don't want them to be my heirs. My work isn't for posterity or prosperity.” In a 2017 interaction with the DNA, Shah Rukh Khan had revealed how Aryan Khan wants to be bigger than his father. Shah Rukh had stated, “He talks about his ambitions, and where he would like to be one day. But he’s very clear that way. He just wants to be bigger than me and that’s cool.” Speaking about his chill session with Aryan, SRK had revealed, “When I am with Aryan sometimes, we just lay down in our shorts without our shirts and we crack some dirty jokes. He gets really excited telling me about gaalis he’s learnt. I’m from Delhi and I’ve also been that age and my vocabulary of Hindi gaalis is fantastic (smiles). So when he tells me one, I tell him that I’ll teach him another version of it. So that’s cool.” (Also Read: Alia Bhatt 'Sandwiched With Warmth' Between Soni Razdan And Shaheen Bhatt Spell 'A Whole Lotta Love') 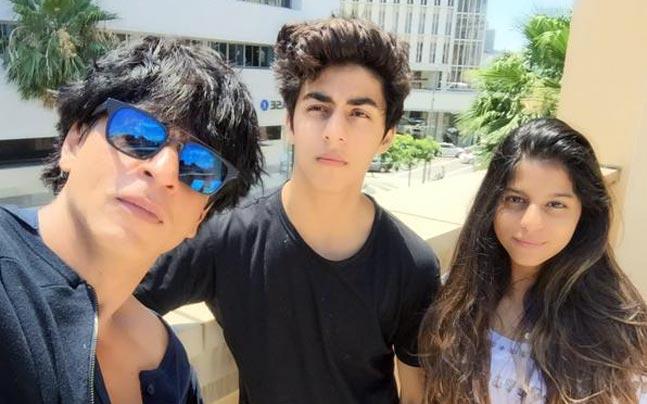 Who do you think is the mystery girl with Aryan Khan? Is she the London blogger whom he has been dating? Keep us posted! 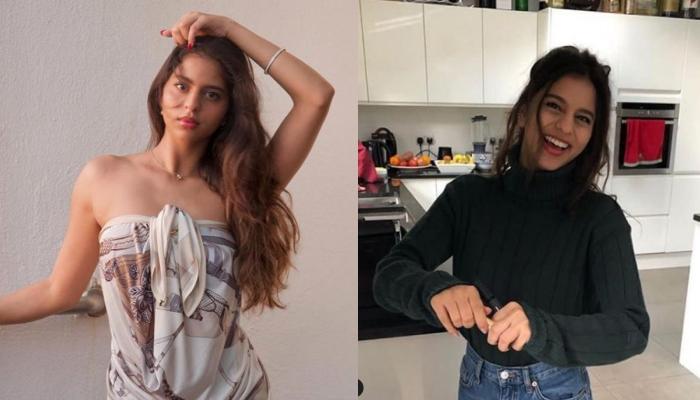 Shah Rukh Khan's family has been hitting the headlines for all the wrong reasons. The family was left in turmoil when the news of Shah Rukh's son, Aryan Khan being arrested in the Mumbai drugs case had gone viral. Aryan Khan was finally released from jail on October 30, 2021. He had spent