After Harbhajan Singh [Read: Everything You Need To Know About The Big Fat Punjabi Wedding of Harbhajan Singh And Geeta Basra], there is another legendary star from the Indian cricket world to make headlines and for the same reason in fact. The 'man in blue' we are talking about is Rohit Sharma, who is going to wield his bat elsewhere (we mean on the wedding fields!).

Indian Premier League’s (IPL) team, Mumbai Indian’s captain, Rohit Sharma, got engaged to Ritika Sajdeh, who is also his best friend and was his sports manager in the past, [Read: Indian Cricketer Rohit Sharma Gets Engaged To His Best Friend Ritika Sajdeh] on June 3, 2015. And now, it is time to cheer for the couple who will soon be marrying on December 13, 2015.

Are you and your partner best friends? Read these 13 Totally Adorable Signs That Your Partner Is Your Best Friend and be sure of it.

The star cricketer who is currently busy with the Test series against South Africa, will culminate his current relationship into marriage at a five star hotel in Bandra, Mumbai. The ceremony is expected to be a half-day affair. No doubt, he is too seasoned a player to be distracted with the dates, but the wedding is still fixed as per the schedule of the Test series.

“It is a good date and most importantly, there won’t be any cricketing commitments for Rohit as the Test series against South Africa ends on December 7."

As per various reports, the high-profile wedding would be attended by the legendary batsman, Sachin Tendulkar along with some other former and current cricketers. Preparations are on in full swing for these best friends to become life partners.

We, at BollywoodShaadis, wish the demure bride and the pitch-busy groom a very happy married life. And, for our readers, stay tuned to know more about their wedding. 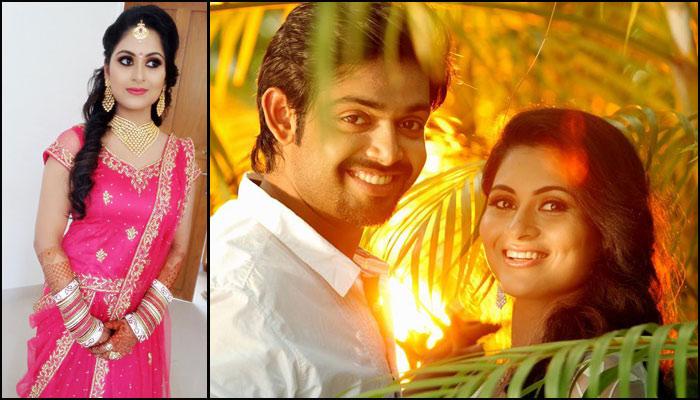 Well, it seems our celebs are in the mood to get married. With South Indian actress Sandhya and Wazir director Bejoy Nambiar being the previous entrants of the doubles club, another South Indian actress, Sruthi Lakshmi is the latest one to join them. Recommended Read: 8 Bridal Looks Of Celebrity Brides