Indian Cricketer, Rahul Tewatia Got Caught And Bowled By Ridhi Pannu: Know About Their Love Story

Indian Cricketer, Rahul Tewatia Got Caught And Bowled By Ridhi Pannu: Know About Their Love Story

Indian cricket team's all-rounder, Rahul Tewatia had found the love of his life in the arms of Ridhi Pannu. Here's what we know about their love story. Find out!

Rahul Tewatia is an Indian cricket team player who has won many hearts of the nation by winning several matches. He is mostly known for hitting 5 sixes back-to-back in 6 balls for his IPL (Indian Premier League) match against Kings XI Punjab. He is playing for Gujarat Titans this year in IPL.

He has always been quite successful in his professional career. And with time, he has found the love of his life, who keeps him balanced and makes him happy. The cute cricketer isn't anymore as he had tied the knot with his ladylove, Ridhi Pannu and has been living his happily ever after! However, even though we know about his professional life, it's his personal world that we have much less information about. So without any further ado, let's find out who is his sapno ki mallika and how their marital life has been going on. Read on to know more! Rahul Tewatia needs no introduction, but he is renowned for his terrific batting style and his right-arm spinner. He had made his debut in the cricket world in the 2013 Ranji Trophy. By far he has given stellar performances on the cricket field but what had made him a star was his match against Andhra Pradesh in the Syed Mushtaq Ali Trophy. He had played an impressive inning as he had given 46 runs in 25 balls while playing for his home team, Haryana.

Who is Ridhi Pannu? Indian cricket team's all-rounder, Rahul Tewatia had found love in the arms of Ridhi Pannu. Ridhi was born in the year of 1995 and hails from Mumbai, Maharashtra. She is now 27 years old. However, she has been living with her husband, Rahul ever since they had exchanged their vows. Rahul and Ridhi like to keep their life private. Thus, we have no in-depth information about how they met or what had ignited their love story. Maybe, some stories start on their own and need no filmy background. And that's what had happened in theirs as well! 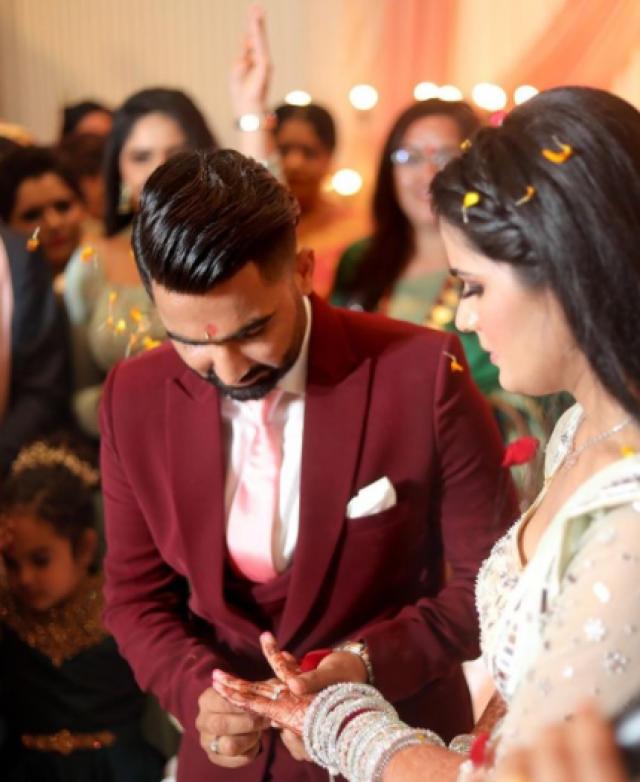 Rahul Tewatia had embarked on his forever journey with his ladylove, Ridhi Pannu with an engagement ceremony. They had exchanged their rings on February 3, 2021. And, on the next day, i.e., on February 4, 2021, Rahul had taken to his Instagram handle and had shared some gorgeous pictures with the woman of his dreams, Ridhi Pannu from the same. Sharing the photos, he had written the date of their engagement ceremony as the caption that could be read as, "3.2.2021." 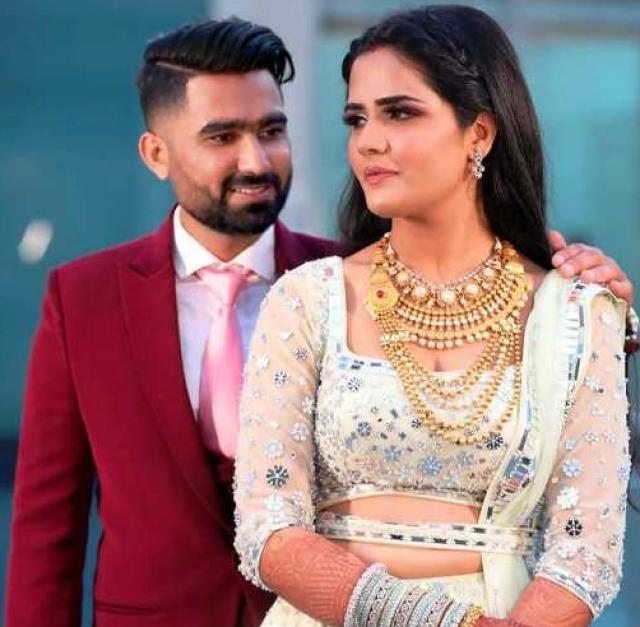 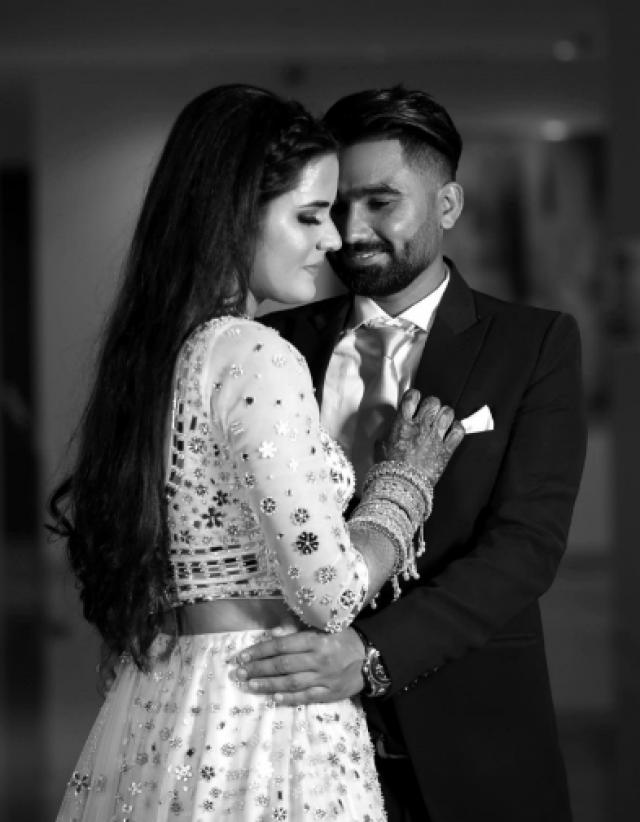 In the pictures, Rahul had looked dapper in a maroon-coloured tuxedo suit and had paired it with a white shirt and a pink tye. On the other hand, his then bride-to-be, Ridhi had dazzled in an ivory-coloured lehenga choli that had featured mirror work all over it and a belt. She had accessorised her look with golden neckpieces, silver bangles and diamond eardrops. Ridhi had opted for bold silver shimmery smokey eyes with thick lashes and had completed her look with blush-toned cheeks and nude lip shade. 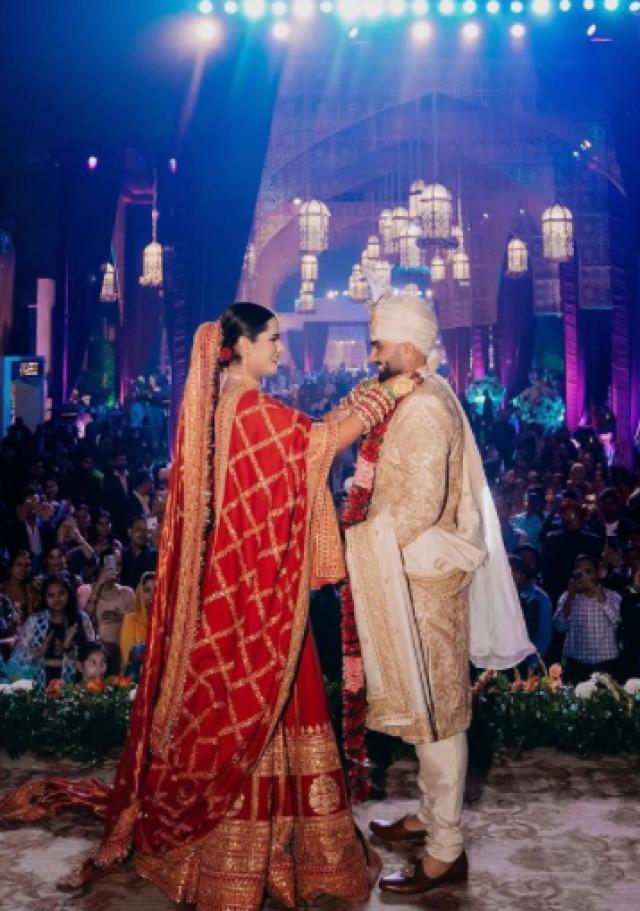 After months of their engagement, finally, Rahul Tewatia had tied the nuptial knot with his fiance, Ridhi Pannu on November 29, 2021, breaking millions of girl fans' hearts. Their wedding had taken place at The Umrao, New Delhi. Their marriage was a star-studded affair as many players from the cricket world had graced their wedding. Rishabh Pant, Yuzvender Chahal with his wife, Dhanashree Verma, Nitish Rana with his wife, Sacchi Marwah Rana, Shikhar Dhawan, and many more were present at their big event, and pictures from the same had circulated over the internet.

Suggested Read: SS Rajamouli's Love Story: From Marriage With A Divorcee To Helping Her Become A Renowned Designer 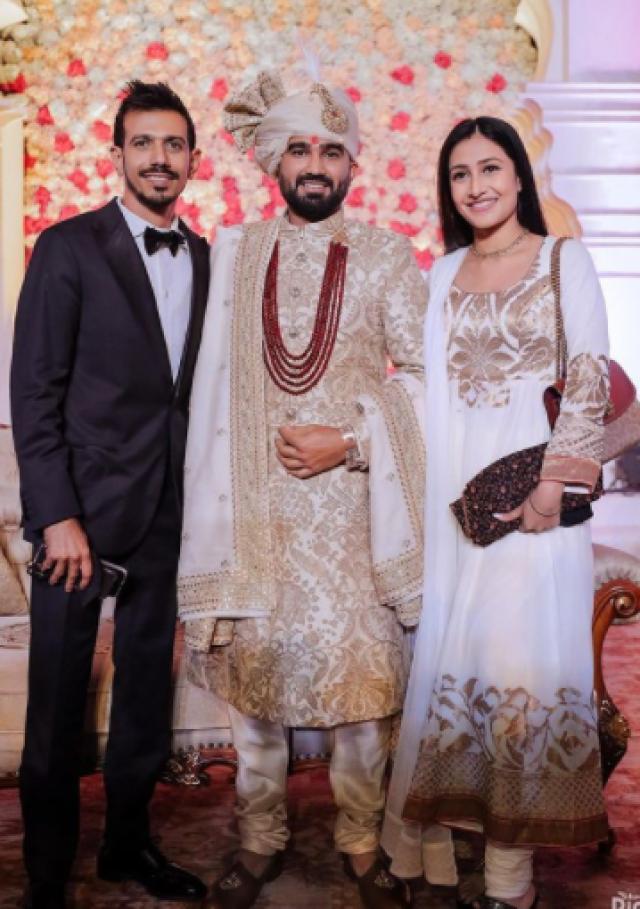 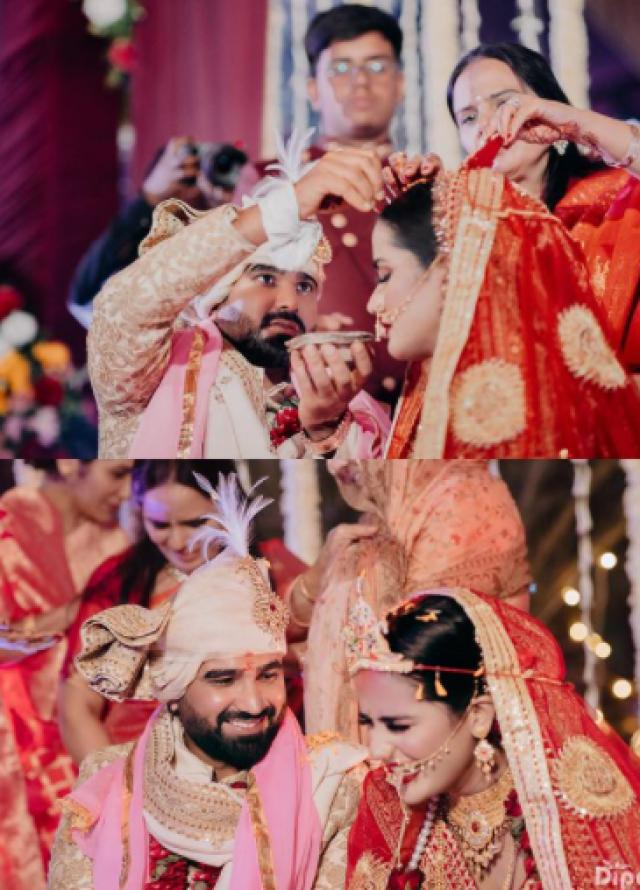 For the wedding, Rahul had opted for a white and beige-colour combination sherwani suit which he had paired with a beige-coloured pyjama, a self-embroidered doshala, ornamented pagdi and ruby beaded layered necklace. While his then wife-to-be, Ridhi Pannu had worn a stunning red-coloured lehenga choli from the shelves of Sabyasachi Mukherjee's collection. 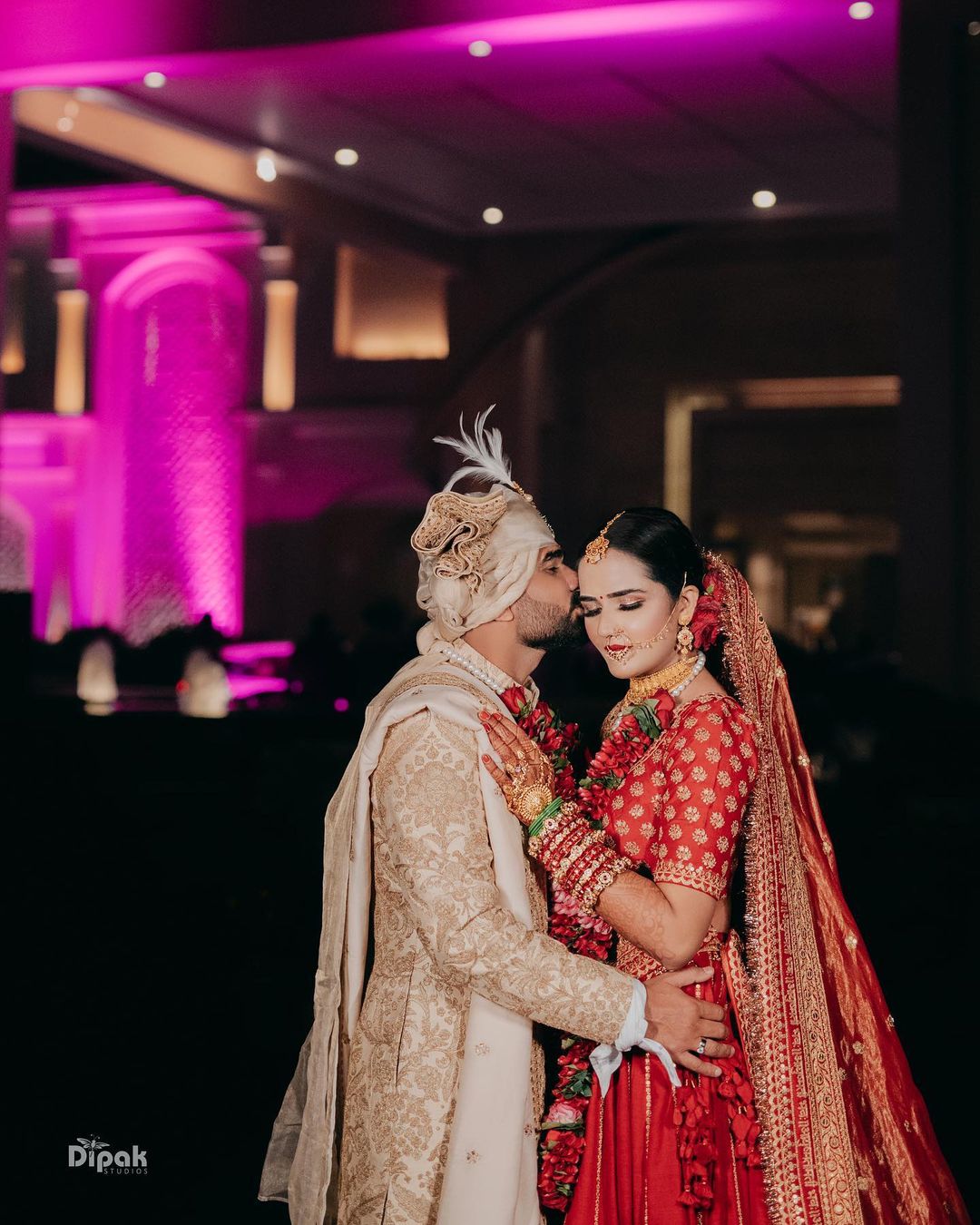 She had kept her look subtle for the wedding as her ensemble had spoken for her. She had worn a golden choker, a long neckpiece, matching earrings, a maang teeka, a nath, a haath phool and chooda. She had kept her hair middle-parted and had opted for a sleek bun. She had looked like a perfect bride! 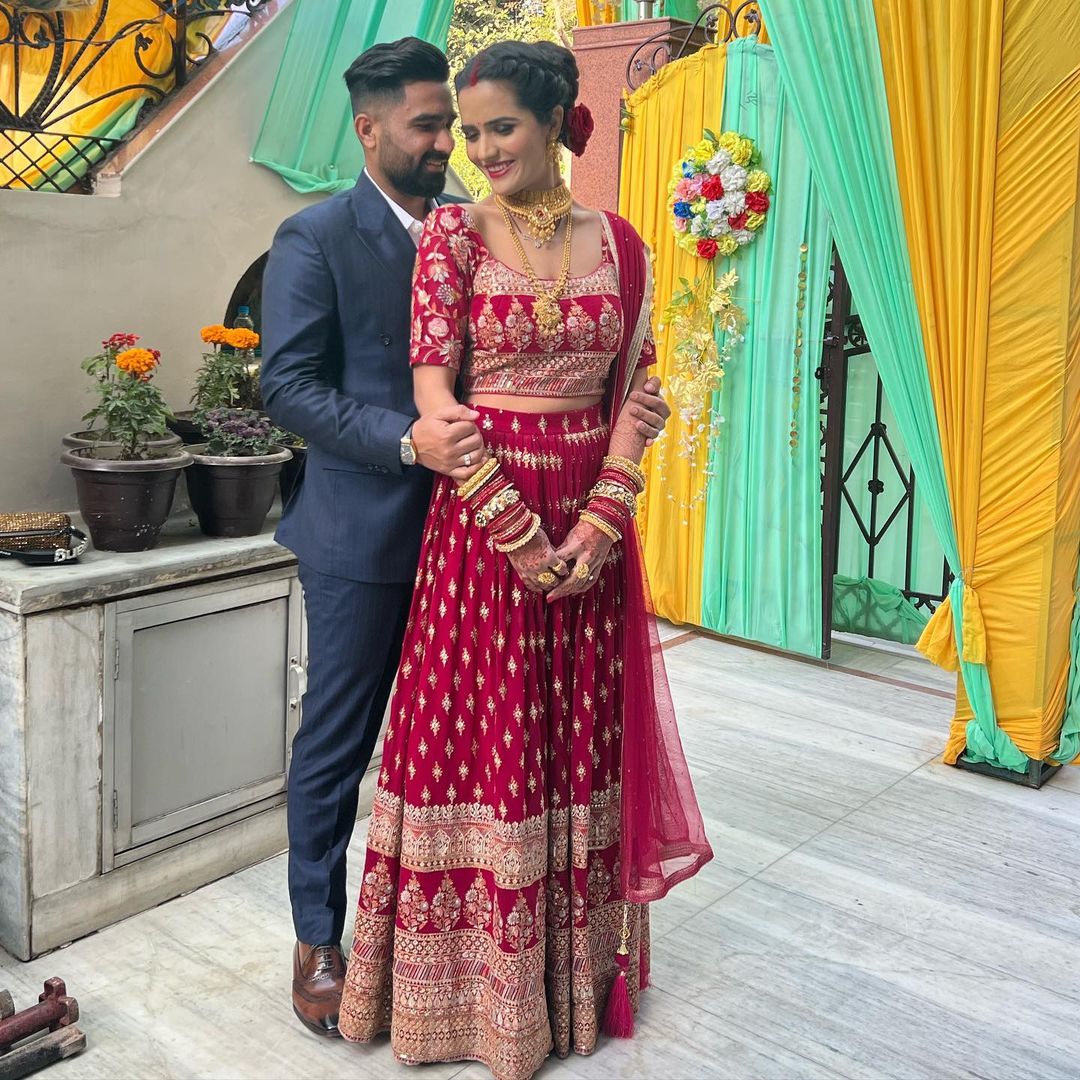 It's been 5 months since Rahul and Ridhi had got married, and they are living the best of their lives, and their social media platforms are the proof of it. On Valentine's Day, Ridhi had shared a few beautiful and romantic pictures with her hubby, Rahul and had captioned them as, "My forever valentine". In the pictures, Ridhi had looked pretty in a rose pink-coloured lehenga choli, while Rahul had looked dashing in a blue pantsuit. 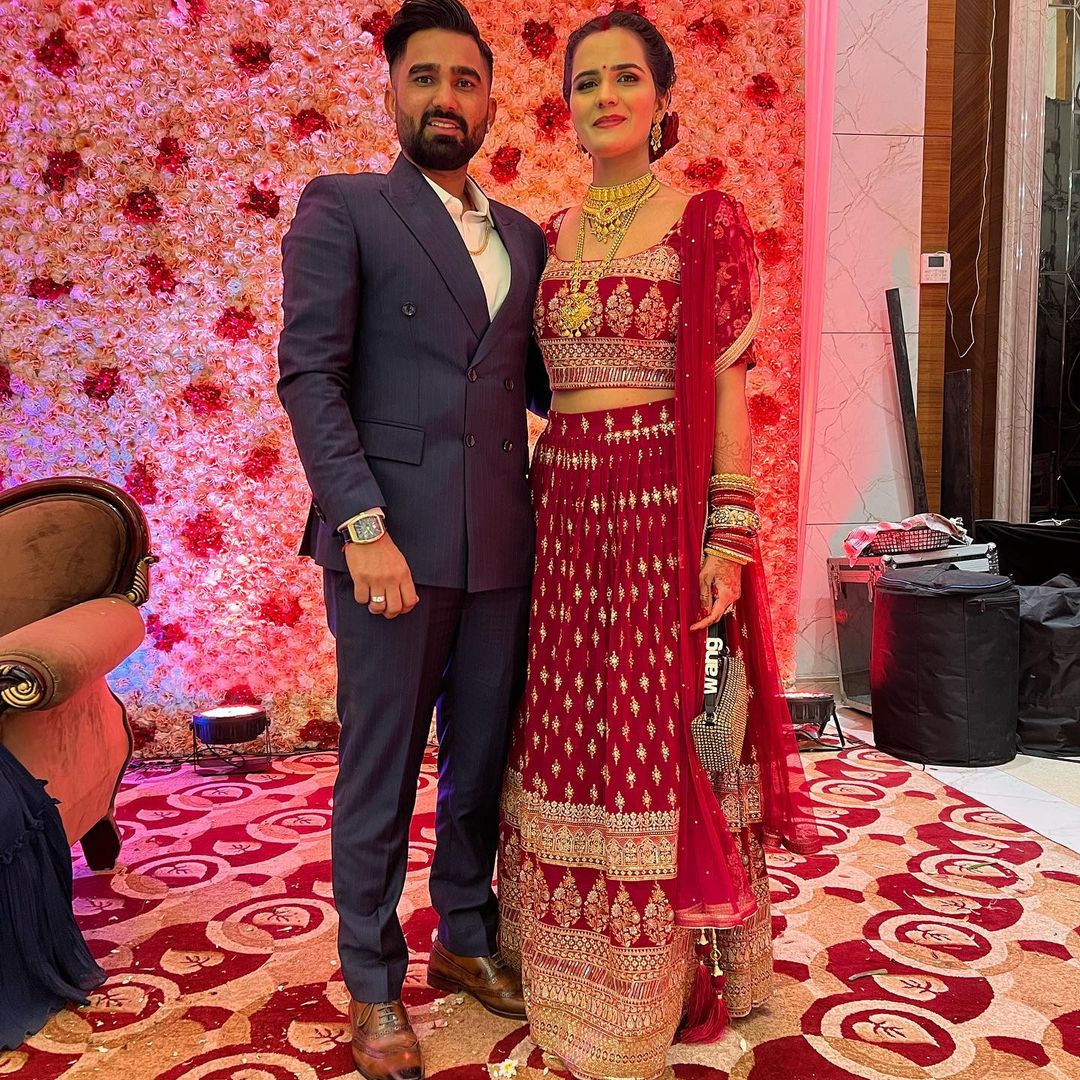 Rahul has made India and his wife, Ridhi, proud by playing several national and international matches for India and giving impressive runs. Rahul and Ridhi's life has blossomed even more because of each other's presence. What do you think? Let us know!