Ibrahim Ali Khan was spotted by the shutterbugs in Juhu, playing cricket in a blue jersey, teamed with black shorts and sports shoes. He reminded us of his grandfather, Mansoor Ali Khan Pataudi! 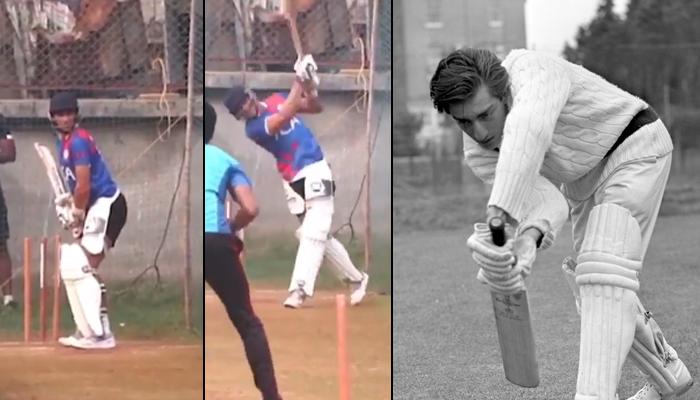 It was in 1993 when the handsome Pataudi heir, Saif Ali Khan had charmed his way into Bollywood and with those sharp facial features, infectious smile and the chocolate boy looks, he became a hit in the nation. It was only later when we caught a glimpse of the same face-structure, especially jawline, in his teenage son, Ibrahim Ali Khan. And we must say, good genes run in the family! The uncanny resemblance between Saif and his 18-year-old son, Ibrahim will make you wonder if you should call them father and son or twins! (Also Read: Sara, Ibrahim, Taimur Ali Khan And Inaaya Naumi Kemmu's Throwback Pics Prove The Uncanny Resemblance)

Speaking of good genes, there is no single member of this royal family, who doesn’t vouch for the same! Starting from Mansoor Ali Khan Pataudi to the latest additions in the list, Taimur Ali Khan and Inaaya Naumi Kemmu, every member from his family is a visual treat. After the elder generation, Sharmila Tagore, Randhir Kapoor, Babita, the second generation, Karisma Kapoor, Saif Ali Khan, Kareena Kapoor Khan, Soha Ali Khan took forward the family legacy. Followed by the latest one in the family, Sara Ali Khan, who has already created a niche for herself in the industry with just two releases, Kedarnath and Simmba.

Ever since Sara Ali Khan has made her debut in Bollywood, everyone has their eyes on her brother, Ibrahim Ali Khan, who prefers to stay away from the limelight. But with his passion for cricket and uncanny resemblance with his father, Saif Ali Khan, Ibrahim often makes it to the headlines. Ibrahim is often spotted playing cricket, and we just can’t help but gape in wonderment about how amazingly he masters the strokes, just like his grandfather, Mansoor Ali Khan Pataudi.

On December 18, 2019, Ibrahim Ali Khan was spotted by the shutterbugs in Juhu, playing cricket in a blue jersey teamed with black shorts and sports shoes. And he reminded us of his grandfather! For the uninitiated, Mansoor Ali Khan was made the Captain of the Indian Cricket Team at the age of 21 and he has been described as one of India’s greatest cricket captains. (Also Read: Sara Ali Khan And Ibrahim Ali Khan Set Festive Mood Right With Their First Magazine Cover Together)

For the second season of Kareena Kapoor Khan’s radio show, What Women Want, Sharmila Tagore was quizzed about her favourite grandchild, Sara Ali Khan, Ibrahim Ali Khan, Taimur Ali Khan and Inaaya Naumi Kemmu. In a ‘fun questions’ segment, when Kareena had asked Sharmila ji to choose between her grandchildren, as expected she had refused to pick. The veteran star had answered, “I have to live. I can’t possibly commit myself to that. They are all very different from each other and it’s really wonderful that I have two grown-up grandchildren and two very little grandchildren. So, I am enjoying both. And I think Sara’s interviews, I just love and I am proud of her. And Ibrahim is the only one who looks like a Pataudi. He is kind of tall and he likes cricket.”

Not only Ibrahim Ali Khan, but looks like the junior Nawab, Taimur Ali Khan will also follow the footsteps of his grandfather, Mansoor Ali Khan Pataudi. We have seen how much Taimur admires sports, be it badminton or football. As per a Deccan Chronicle report, when Kareena Kapoor Khan was asked what profession would Taimur go for when he grows up, she had said, “I wouldn’t want to choose, I hope he chooses.” She had continued, “Well, I would want Taimur to be a cricketer.”

In an interview sometime back, Saif Ali Khan was asked by the Hindustan Times, if Ibrahim Ali Khan will too, follow his footsteps and join the Bollywood industry. To this, Saif had stated, “He should, he’s looking good, better looking than I am! He’s a very charming guy. I definitely think all of my children would be interested in acting. We’re an acting family, the whole bunch of us are in the industry. So I’m sure. He’s still a little young, and I’m keener that he does university first. Then, of course, we’ll support him in whatever he wants to do.” (Also Read: Ibrahim Ali Khan's 'Mystery' Girl Is No More A Mystery, Arrived Together For Date Twinning In Black)

With the skills of cricket and acting running in his genes, only time will tell what will Ibrahim choose as his career! 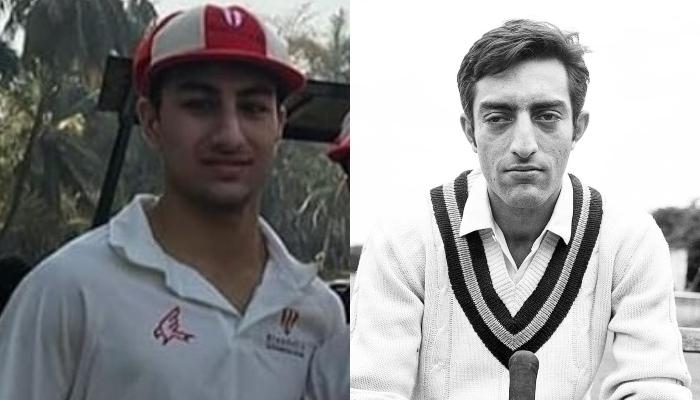 Former Indian cricketer, Mansoor Ali Khan Pataudi, also known as Tiger Pataudi is not just a name, but an emotion for many Indians, who has been worshiping cricket like a religion. He had not only played for Indian team, but was even made the captain of Indian cricket team at