Ibrahim Ali Khan drops an adorable comment on his baby brother, Taimur Ali Khan's lion art piece and Kareena Kapoor Khan has the apt reply. Scroll down to know it all! 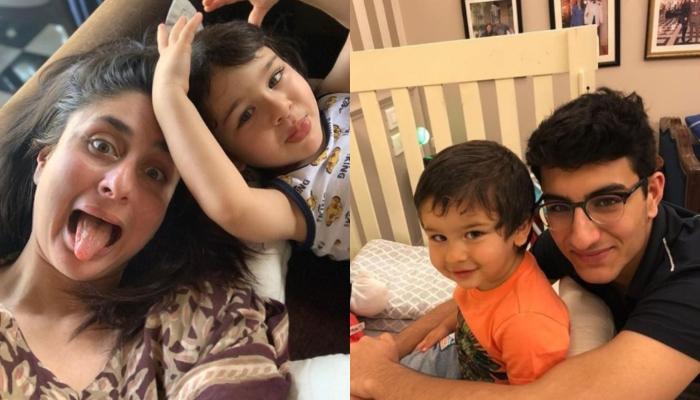 Taimur Ali Khan is the ultimate star kid, who enjoys stardom to a level that many are not able to achieve in a lifetime! Not only Taimur Ali Khan but his half-siblings, Ibrahim Ali Khan and Sara Ali Khan are also extremely popular on social media and fans love to see their pictures together. Ever since Kareena Kapoor Khan has made her debut on Instagram, she makes sure to give glimpses of little Tim every now and then on her IG handle, for her fans! (Recommended Read: Bipasha Basu Shares An Unseen Picture From Her Wedding, Wishes Her 'Sasu Ma' On Her Birthday)

On September 3, 2020, the gorgeous mommy, Kareena Kapoor Khan had taken to her Instagram handle and had flaunted her baby boy, Taimur Ali Khan's 'Mufasa artwork'. In the first picture, we could see Taimur holding his cute lion painting, while in the other, he held his DIY 'Mufasa' art piece. Taimur's elder brother, Ibrahim Ali Khan (Saif Ali Khan's son from his first wife, Amrita Singh) has the sweetest comment for his baby brother. Scroll down to check it out! 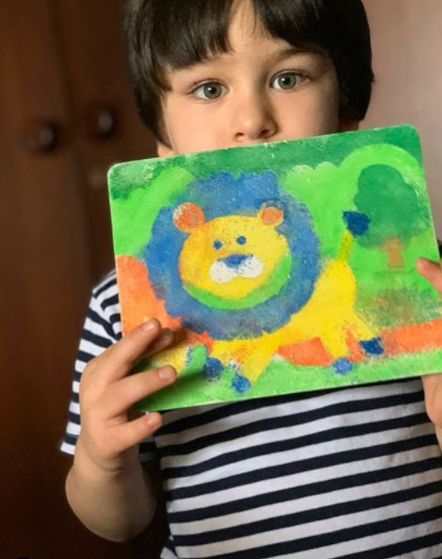 On Kareena's post, Ibrahim Ali Khan dropped an array of kiss emojis for his baby brother, Taimur Ali Khan and wrote, "Tim." The doting mommy, Kareena replied, "Iggyyy" followed by a number of heart emojis. FYI, Iggy or Iggy Potter is presumably Ibrahim Ai Khan's nickname, as his sister, Sara Ali Khan often calls him in her posts. Check out the snaps of the comments below: 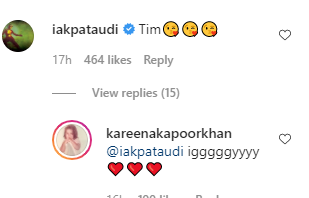 You must be living under a rock if you don't know about Kareena Kapoor Khan and Saif Ali Khan's second pregnancy. Yes, little Taimur is going to be a big brother soon as Saif and Kareena had made the exciting announcement of the soon-arrival of their second child. In their joint statement, they had said, "We are very pleased to announce that we are expecting an addition to our family!! Thank you to all our well-wishers for all their love and support. Saif and Kareena." (Also Read: Has Karishma Tanna Parted Ways With Rumoured Beau, Pearl V Puri? Find Out The Detailed Report Inside) 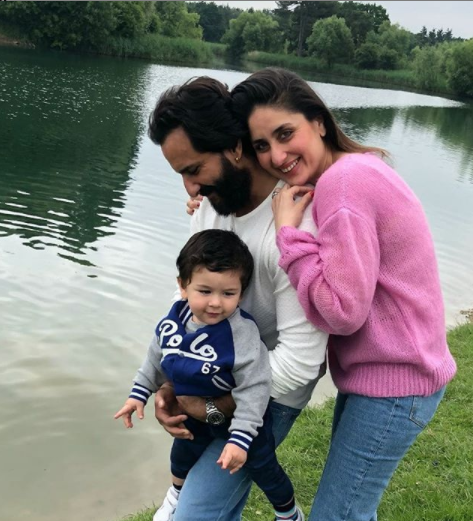 Some days ago, Kareena Kapoor Khan had shared beautiful pictures with all her 'favourite humans' in a frame, from their Ganesh Darshan family get-together. The first picture had little Taimur posing happily for the camera beside his cousins, Kiaan Raj Kapoor and Samiera Kapoor (Karisma Kapoor's kids), who were standing behind Kareena's father, Randhir Kapoor and mother, Babita Kapoor. The second picture had little Tim posing with Kareena's bua, Rima Jain. Check out the adorable pictures below: 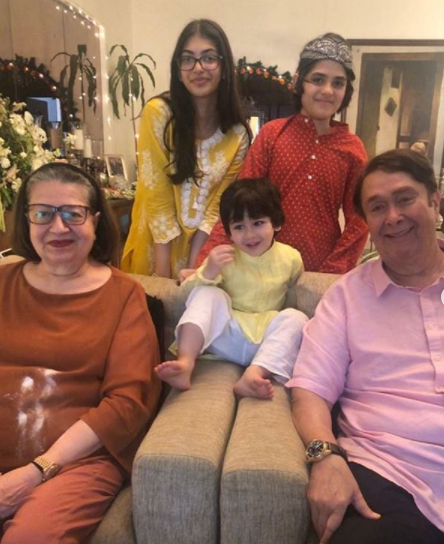 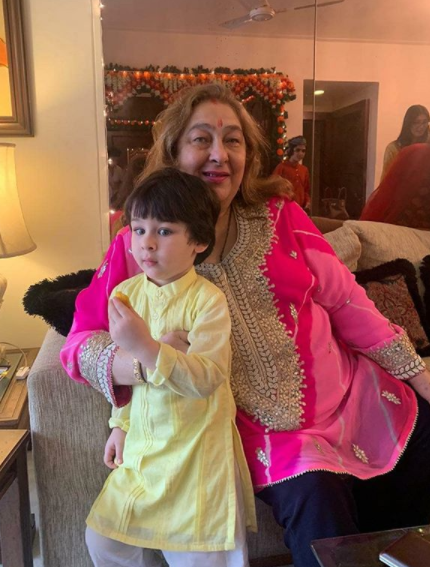 Talking about the work front, Kareena Kapoor Khan is all set to return to the sets as she will start shooting for Aamir Khan starrer, Laal Singh Chaddha soon. If the reports are to be believed, Kareena Kapoor Khan's baby bump is planned to be hidden by VFX in the film. A source had informed ETimes and had said, "Since Bebo's baby bump is visible, it will be concealed using VFX. She has 100 days of shoot left and is expected to join the team in September-October to wrap her portions." Aamir Khan and Kareena had started shooting for Laal Singh Chaddha, but it was halted due to the pandemic. 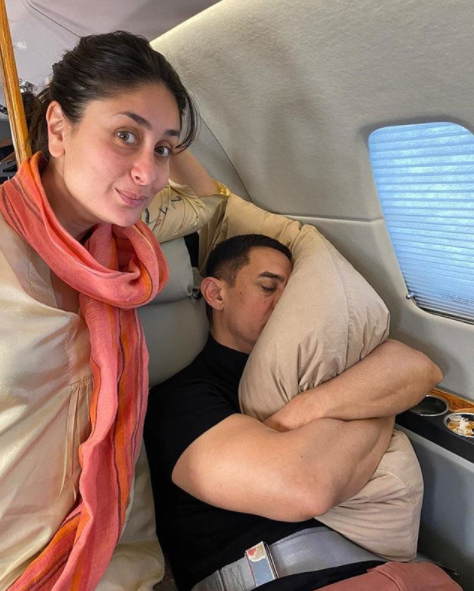 In an interview with the Mumbai Mirror, Kareena Kapoor Khan's father, Randhir Kapoor had reacted on her second pregnancy and had said, "I am absolutely delighted, I have been telling Kareena for so long that Taimur needs a brother or sister to play with. We are all very happy and we pray, it's a healthy, happy child." (Don't Miss: Kratika Sengar And Nikitin Dheer Completed 6 Years Of Marital Bliss, Celebrated The Day With Family)

Do you also love Kareena and Ibrahim's social media banter? Let us know!