As per a recent report, Huma Qureshi, her rumoured ex-beau, Sohail Khan and his wife, Seema Khan had come under one roof for the screening of a film and then this happened!

We keep on telling you that the Tinseltown is a strange place. And why wouldn’t we? Have you seen the number of gossips which the rumours mills churn about our favourite celebs each day? Talking to someone in good faith may sometimes result in linking up rumours, moving in the same building as him/her, may add further fuel to the fire and lunch meet is often replaced with the term, ‘date’. Do you still need proof about this strange-strange place? Well, thou shalt have one! And this one’s pertaining to Huma Qureshi and her once rumoured linkup with Khan brother, Sohail Khan. (Do Read: This Is What Kajol Does When She Catches Husband, Ajay Devgn Staring At Beautiful Girls)

Sohail Khan and Huma Qureshi are a thing of the past now, but this wasn’t always the scenario. Sohail is a happily married man and has been living peacefully with his wife, Seema Khan for over two decades. But trouble in their paradise started brewing in after Sohail and Huma’s alleged affair started grabbing the spotlight. Huma was the brand Ambassador of Sohail’s team in Celebrity Cricket League but after their linkup rumours, she was replaced by Kriti Sanon. Although rumours were rife that Sohail’s closeness to Huma brought about a rift in his marital life, but what looks like it, Sohail and Seema had closed old chapters and have began their life afresh, until this happened!

Sohail Khan And Seema Khan's Love Story: From An Unconventional Marriage To Divorce After 24 Years

Alia Bhatt Gives A Sassy Reply To A Pap, Who Teased Her About Ranbir Kapoor At A Kali Puja Pandal As per a recent SpotboyE report, Huma Qureshi, her rumoured ex-beau, Sohail Khan and his wife, Seema Khan had all come under one roof for the screening of Student Of The Year 2. Post the film’s end, all the guests were walking up to the film’s leads to congratulate them. That is when Huma and Seema had come face-to-face. When the former was busy congratulating film’s lead, Ananya Panday’s mother, Bhavna Panday, Seema Khan and Maheep Kapoor waited for Huma to get done with. After Huma was done exchanging greetings, she had turned to meet the film’s lead and ended up catching a glance of Seema and Maheep. Huma had apparently greeted only Maheep and ignored Seema, who went onto meet Chunky and Bhavna, thus ignoring Huma. It was also reported that Sohail had kept a safe distance from Huma throughout the screening. (Also Read: Chhavi Mittal Blessed With A Baby Boy, Shares His Unique Name With A Cute Picture, Check Inside) While we were still gulping down the news, Huma Qureshi took to Twitter and lashed out at the portal for publishing the news of her once rumoured beau, Sohail Khan and Seema Khan royally ignoring her at the film’s screening. Her lash-out tweet could be read as, “You need to apologise to all of us !! You have no ethics, no morality and just because actors choose to ignore idiots like you, you think we are scared of you. Not at all.” Here is the screenshot of the same: About Huma Qureshi and Sohail Khan’s rumoured affair, the former’s manager had once stated, “It is not true at all. Huma wants to be spoken about for her work. These gossip stories may sound trivial at times, but they tend to affect the mindset of actors who are serious about their work.” Huma had also taken to Twitter to deny the charges and had tweeted, “Kuch bhi likhte ho #MumbaiMirror aap.. Sohail Khan is like my elder brother.. Kuch toh facts check karo!” 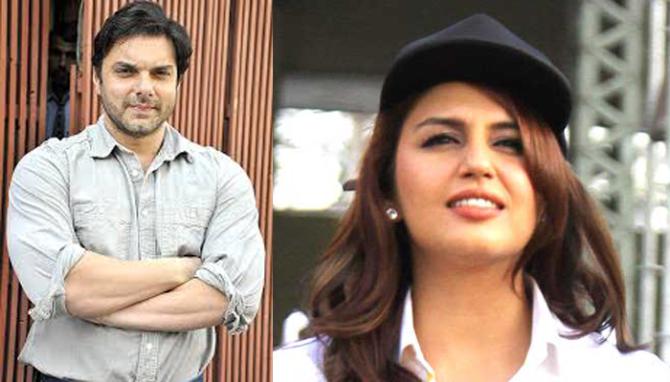 In an interview with HT, addressing her linkup rumours with Sohail Khan, Huma Qureshi had said, “What really hurts is that without knowing the truth about my life, they (media) go ahead and put these stories. And I’ll tell you why they do it; they do it because they want to take away all the attention from my hard work. They want to show that whatever I have achieved in my life is because of my closeness to a particular man, who may be coming from an influential family or is influential himself. That is disrespectful.” Talking about their linkup reports, Sohail Khan had once revealed, “Firstly let me clear this that I don’t know where this gossip is coming out from and as an individual, such speculations hurt me. There is no truth to whatever stories that have been printed about me. If anyone will find even a small proof, I will shut my mouth. But without any proof please stop writing such baseless stories. There are lots of stories written on actors without any proof, I don’t feel bad coz of such stories, but I do feel bad for my wife and kids. Before gossiping, people should think we are parents. Our kids go to school where they are asked about their parents’ marriage. Can you even imagine how much the kids get affected by all this? I just want to say that please write authentic stories.” 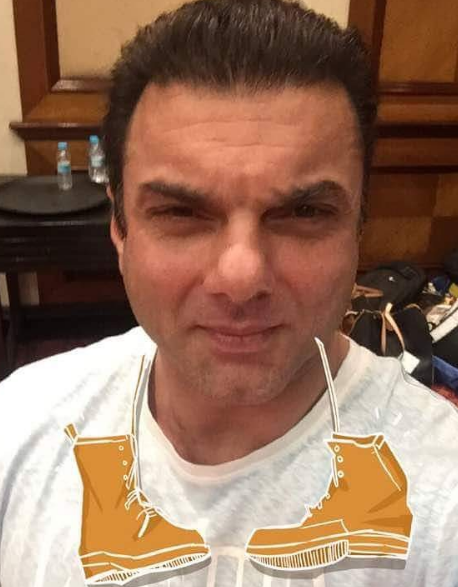 When the reports of Huma Qureshi staying with Sohail Khan till the next day at Salman Khan’s party came by, his wife, Seema Khan had decided to break her silence over the issue. In an interview with a leading daily, Seema had said, “I don't know what is giving rise to these rumours. I was there at Panvel, as were my kids and my in-laws. I honestly didn't see Huma there, so I don't know if she was there or not. The farmhouse is huge and there were over 500 guests present, so no, I didn't see her. She is friends with my brother-in-law and my sister-in-law too. She is also the brand ambassador for CCL (Celebrity Cricket League, where Sohail Khan promotes the Mumbai team), but no I don't think they (Sohail and Huma) hang out." (Also Read: Unseen Pic Of Radhika Merchant Glowing In Yellow Traditional Attire And Exquisite Jewellery) 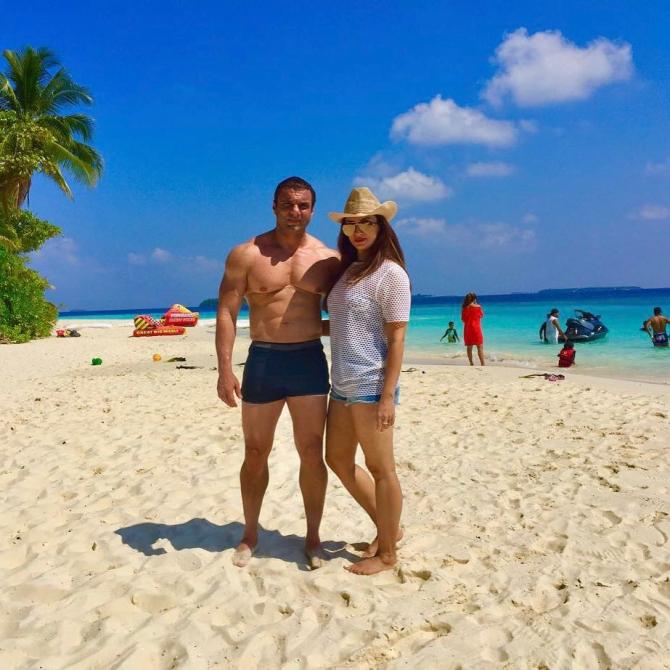 But all’s well that ends well, isn’t it? What do you have to say about Huma’s lash out? Keep us posted!

Sohail Khan And Seema Khan's Love Story: From An Unconventional Marriage To Divorce After 24 Years