The life of Roshans also became like an intense family drama when Hrithik Roshan's sister, Sunaina Roshan revealed that she is dating a 'Muslim guy'. She had even alleged that her father slapped her. Just like in Bollywood movies, when there is intense drama over inter-caste love, the family breaks all their ties with their son/daughter over dating someone from another caste. The Roshans too had caught the nation by attention when their daughter, Sunaina had claimed to be dating a Muslin guy, Ruhail Amin. The internet was flooded with news of the family drama over her dating a guy from another caste/religion and gossipmongers were keeping an eye on the family for rumours and clarifications.

Let us take you through the background of what had happened between the Roshan family and Sunaina Roshan. Sunaina was dating a Muslim guy, Ruhail Amin and was subjected to be physically abused by the Roshans. Much was written about Sunaina and her equation with her family, including her nasty fight with her father, Rakesh Roshan and brother, Hrithik Roshan. When the family was contacted about the matter, they had refrained from commenting. However, Sunaina had said that she was ‘living in hell’. (Recommended Read: Angad Bedi Opens Up On Keeping Daughter, Mehr Away From Paparazzi, Says 'A Child Should Be A Child')

Now, if rumours are to be believed, Hrithik Roshan’s sister, Sunaina Roshan has reunited with her family after her breakup with boyfriend, Ruhail Amin. The gossip mills are filled with the speculations that Sunaina had attended her father, Rakesh Roshan’s 70th birthday on September 6, 2019. And, it is speculated that she has returned/shifted to the Roshan household. When SpotboyE contacted Ruhail to clear the air on the rumours, he revealed, “It's 'fact-free' and half-truth." Some reports also claimed that Sunaina has now agreed to listen to her parents as her father, Rakesh Roshan has not been keeping good health since the past few days.

Sunaina Roshan had earlier posted a cryptic tweet, in which she had written that she didn’t know she’d have the opportunity to visit hell in this lifetime. She had revealed that living with her parents has been ‘a living hell’ experience for her. Later she had explained her tweet and had said, “Yes, there are certain issues, but please don’t ask me to talk about this more as it’s about my family and I don’t want them to be affected further. All I can say is that I have been staying in a rented hotel apartment for the past 17-18 days before I came back home to stay in the same building as my parents. While I am staying in their home, I have a separate entrance and a separate floor on which I live.” 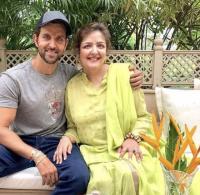 In an interview with Pinkvilla, Sunaina Roshan had said that her relationship was not accepted by anyone in the Roshan family. She had also alleged that her father had slapped her when she confronted him about her relationship. She had revealed, “Last year (I fell in love) and because I was in love with a Muslim guy, my father slapped me and told me that the guy I loved was a terrorist, which Ruhail isn’t. I didn’t want to talk about this, but I want them to accept Ruhail right now because they are making my life hell and I cannot tolerate it. They don’t want me to meet him. I don’t know about marriage but right now I want to be with Ruhail. Just because he is Muslim, they cannot accept him." (Suggested Read: Mira Rajput Kapoor Shares A Cute Collage With Daughter, Misha Kapoor On Daughter's Day) 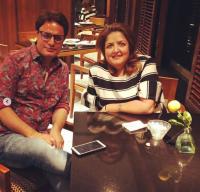 In June 2019, it was rumoured that actor Hrithik Roshan’s sister, Sunaina Roshan was hospitalised after she was beaten by her family over her relationship with Ruhail Amin. However, Sunaina had rubbished the reports and had told Pinkvilla that she was out with her friends partying. She had revealed, “I have not been hospitalized getting any kind of treatment, forget psychological. I also want to clarify that I am not under any medication. I was out partying with my friends on Sunday night at the Golf Club in Chembur. I came back home to my father’s home (in Juhu) and now I am very much at home. I am surprised that such a well-known publication would carry such news without checking with me."

After Sunaina’s allegation, in an interview with the Hindustan Times, Hrithik had revealed that it was an integral, private and sensitive matter for him and his family. He had revealed, “In didi’s current state, it would not be correct of me to speak about her. It is an unfortunate situation that probably many families are going through and are as helpless as we are, owing to stigmas and an incredibly weak medical infrastructure in this country for such cases." 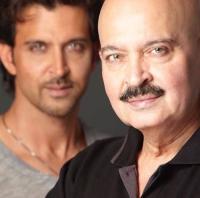 Hrithik Roshan was further asked about the allegation that the Roshan family had issues with their daughter dating a 'Muslim guy' and he had said, “Religion is not even a thing in my family. It has never been discussed or been given importance whatsoever in my entire life. And I would like to believe that it is obvious to the world now." 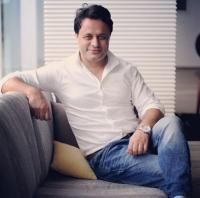 Sunaina Roshan’s boyfriend, Ruhail Amin had once revealed that he had met Sunaina’s parents and they did not approve of their friendship/relationship. He had revealed, “They did not approve of our friendship. I also got to know that her parents put a security ring around her post our friendship, and when she told me about it my first reaction was of disbelief and later a good laugh." (Also Read: Esha Deol Gives 3 Valuable Lessons To Her Girls, Radhya And Miraya On The Occasion Of Daughter's Day) 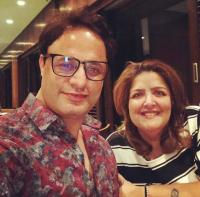 We really wish everything is well between the Roshans and Sunaina.