Hrithik Roshan and his father, Rakesh Roshan share a warm bond with each other. On April 3, 2020, Hrithik shared his father's workout video showing his determination.

Every man quotes his father in his deeds and tries his best to follow the footsteps of his father. A father is always his son’s first hero and the one he always looks up to. They share an ocean of emotions for each other but rarely express them. It is a father, who sets an example of and expects his son to follow. Their bond is way more strong than mere glossy words and can only be felt in their actions. Bollywood boasts of many such father-son bonds and one such bond is shared between veteran actor, Rakesh Roshan and his son, Hrithik Roshan. (Also Read: Shweta Bachchan Nanda Shares A 'Progeny Appreciation' Picture Of Navya Naveli And Agastya Nanda)

In the year 2000, Bollywood got one of the rarest gems in the form of Hrithik Roshan, as he had made his debut with the film, Kaho Naa Pyaar Hai directed by his father, Rakesh Roshan. Born to Rakesh Roshan and Pinkie Roshan, Hrithik went on to become the ‘Greek God’ of the industry. It was his father, Rakesh Roshan, who had launched him and with sheer hard work and determination, he went on to become one of the most sought-after heroes of Bollywood. Hrithik has always been vocal about his devotion towards his father and how Rakesh ji still inspires him with his attitude towards life.

Hrithik Roshan Shares A Workout Video Of 'Daddy Cool', Rakesh Roshan, Says Nothing Else Inspires Him On April 3, 2020, Hrithik took to his Instagram handle and shared a video giving glimpses of his father, Rakesh Roshan’s workout routine. Astonished by his resolve and determination, Hrithik wrote, “Damn ! That’s My Dad. N.E.V.E.R. G.I.V.E.S. U.P. This is the kind of Resolve and Determination we all need to have to fight in times like these! Ps: He will be 71 this year and works out 2 hours a day. O and he just survived cancer last year. I think the virus should be afraid of him. Very very afraid.”

In early 2019, Hrithik Roshan had shared the news through his Instagram post that his father, Rakesh Roshan was diagnosed with early-stage squamous cell carcinoma of the throat. On Hrithik’s post, Sussanne Khan had expressed her love and wishes for her ex-father-in-law. Sussanne had commented on the post, “He is the stronger than any superhero all will go smoothly” followed by heart emojis. (Also Read: Ranveer Singh Takes His 'Sweet Revenge' By Posting A Hilarious Picture Of Wifey, Deepika Padukone) After the release of his debut film, Kaho Naa Pyaar Hai, Hrithik had become a sensation overnight which was followed by immense stardom. In an interview with The Quint, Rakesh Roshan had revealed that Hrithik couldn’t handle his sudden stardom. He had recalled an incident where he saw his son crying in his room. Talking about the same, he had stated, “Hrithik was like, ‘I can’t handle it. I can’t work, I can’t go to the studio. There are buses full of girls and boys coming to meet me. I’m not getting a chance to learn, to act, to concentrate on my work. Everybody wants to meet me.’ I then explained to him, ‘Suppose this situation never arose, then what would have happened? You should take this as a blessing, adjust to it and work. Don’t take it as a burden.’ And he understood.” 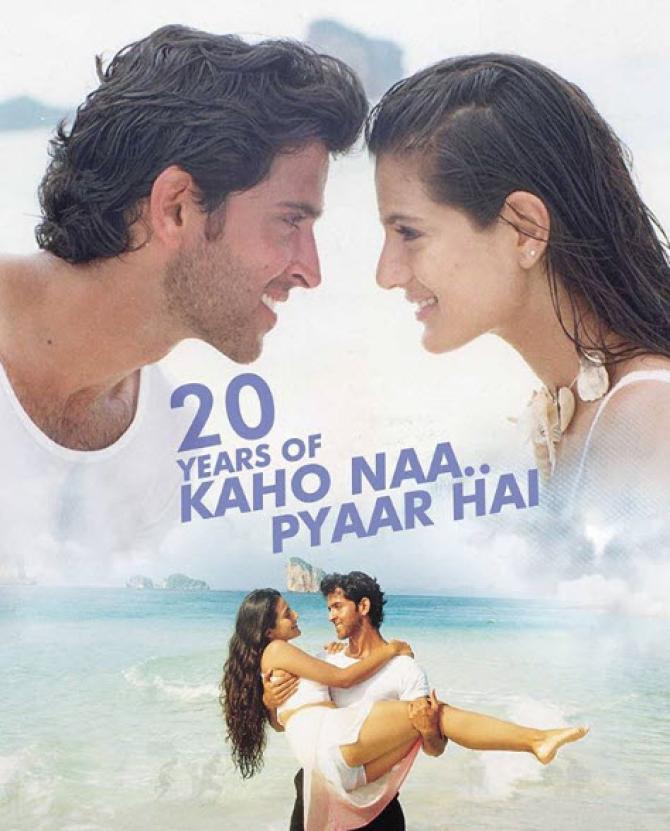 In a throwback 2012 interview with the Filmfare, Rakesh ji had shared interesting details about his and Hrithik’s relationship. He had then revealed, “I wanted to give it [Kaho Naa... Pyaar Hai] the scale it deserved. The music of the film seemed promising. Hrithik and Ameesha Patel had done well. I knew the movie wouldn’t let me down. So, I didn’t hold myself back. Because Hrithik gives me the time I can tap new genres. No one would have made Koi... Mil Gaya (2003) after Kaho Naa... People said I was mad to make Hrithik play a mentally challenged character. I’m also proud of Kites (2010). We attempted something new – crossover cinema!” (Also Read: Amala Paul Shares Emotional Note Remembering Her Father, Paul Varghese, Praises Mother And Brother) 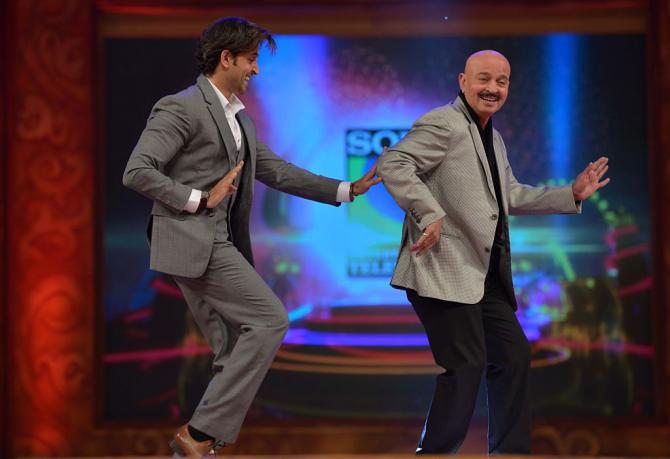 Well, we are awestruck with Rakesh ji’s workout video. What about you? Let us know. Sure, we love knowing our celebrities, their likes and dislikes, updates about their personal and professional lives; but more than that we love following and gushing over their children. It is rightly said that the apple doesn't fall very far off the tree. And these Bollywood fathers and their sons