Bollywood actor, Hrithik Roshan shared an important message for his friend, Shah Rukh Khan's son, Aryan Khan after his arrest from a rave party in Mumbai. His lesson is an eye-opener for everyone!

Aryan Khan has been hitting the headlines in the past few days due to all wrong reasons. However, the way in which the people from the film fraternity have come out in his support is really commendable. For the unversed, it was on the night of October 2, 2021, that the officials of the Narcotics Control Bureau (NCB) had raided a Goa-bound cruise ship off the coast of Mumbai. A rave party was going on the ship, and the NCB had arrested ten people and six organisers. One of them was Bollywood superstar, Shah Rukh Khan's son, Aryan Khan.

Since Aryan's arrest, from Suniel Shetty, Pooja Bhatt, Sussanne Khan to Mika Singh, many people from the entertainment industry have come out on social media in support of him. Now, Shah Rukh Khan's very close friend, Hrithik Roshan, whom he had befriended while shooting for the iconic movie, Kabhie Khushi Kabhie Gham, has now extended his support for Aryan. Not just that, his post includes an important lesson for the star kid, who is going through a tough phase in his life.

A few moments back, Hrithik Roshan shared a picture of Aryan Khan and addressed his current situation, and encouraged him to keep hope in this difficult time. Taking to his IG handle, the 'Greek God' wrote, ''My dear Aryan .Life is a strange ride. It’s great because it’s uncertain. It’s great cause it throws you curve balls, but god is kind. He gives only the toughest ones the toughest balls to play. You know you are chosen when amidst the chaos you can feel the pressure to hold your own. And I know you must feel it now.'' Hrithik further mentioned that everything Aryan is going through right now is making him experienced in life. He added, ''The anger, the confusion, the helplessness. Aaah , the very ingredients that are needed to burn the hero out from inside you. But be wary , those same ingredients could burn away the good stuff... the kindness, the compassion, the love.Allow yourself to burn, but just enough.. Mistakes , failings, victories, success.. they’r all the same if you know which parts to keep with you and which parts to throw away from the experience. But know that you can grow better with them all. I’v known you as a kid and i’v known you as a man.'' 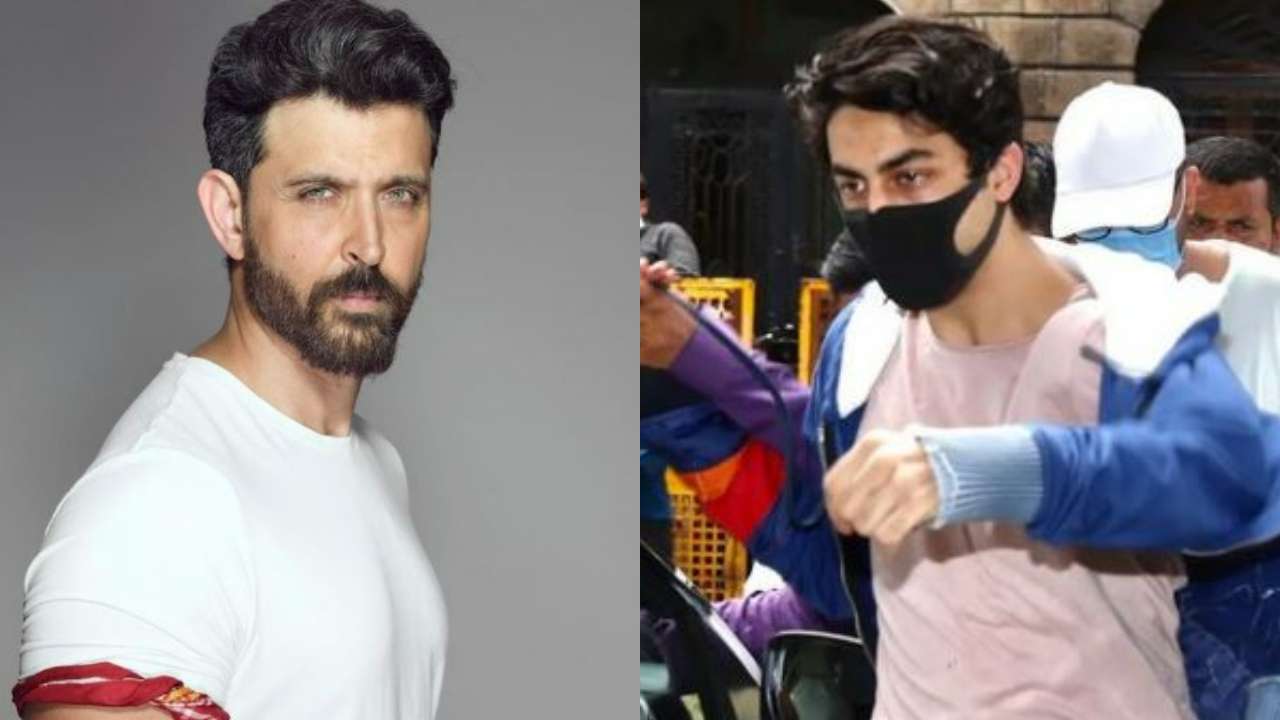 Going further in his heartfelt note, Hrithik advised Aryan to take the experience in his stride and added, ''Own it. Own everything you experience. They’r your gifts. Trust me. In time when you connect the dots. I promise you, It’s gonna make sense. Only if you have stared the devil in his eyes and kept your calm. Keep calm. Observe. These moments are the makers of your Tom. And Tom is going to have a brilliant sun shining. But for it, you must go thru the dark. Calm, still, owning your own. And trusting the light. Within. It’s always there. Love you man.''

Suggested Read: Vikram Bhatt And Shwetambari Soni's Wedding Pictures Are Surreal, He Reveals Why He Kept It A Secret 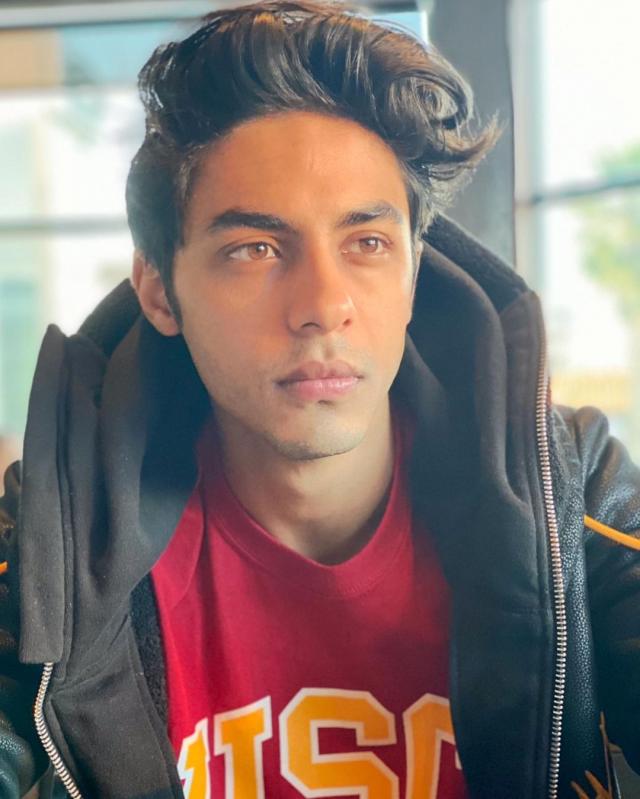 Talking about Hrithik Roshan and Shah Rukh Khan's friendship, when Hrithik was hoping to bag a National Award for Kabhie Khushi Kabhie Gham, he was disappointed when he had not received it. At that time, SRK had stood by him and had told him that he deserved it. Moreover, Hrithik's ex-wife, Sussanne Khan and SRK's wife, Gauri Khan, are also best friends. However, reports of a possible rift between the actors were rife when Kaabil and Raees had clashed at the box office. Now, the actors have put behind their differences and continue to be on cordial terms. 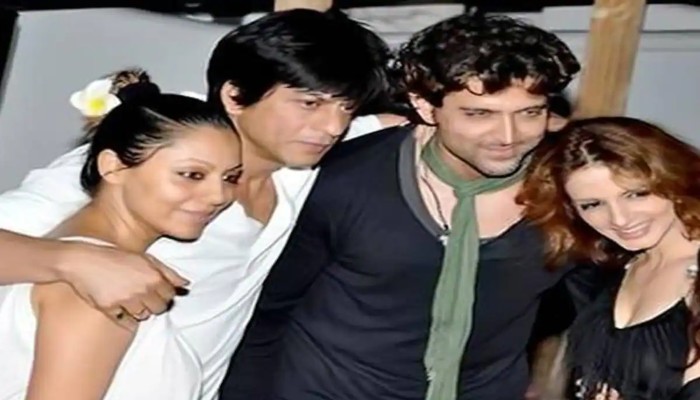 Aryan Khan is represented by senior advocate, Satish Manshinde. When the star kid was presented at the court on October 4, 2021, in a heated argument, Manshinde had said, "It was not as if Khan (Aryan) was selling drugs in the ship, if he wants, he can buy the ship". After his appearance in the Killa court, the lawyer had stated that Aryan was arrested on the basis of chats, and nothing was seized from him. In his words, "However, he did not have a boarding pass. He didn't have any seats or cabins there. Secondly, according to the seizure, nothing has been found in his possession. He is arrested only based on chats." 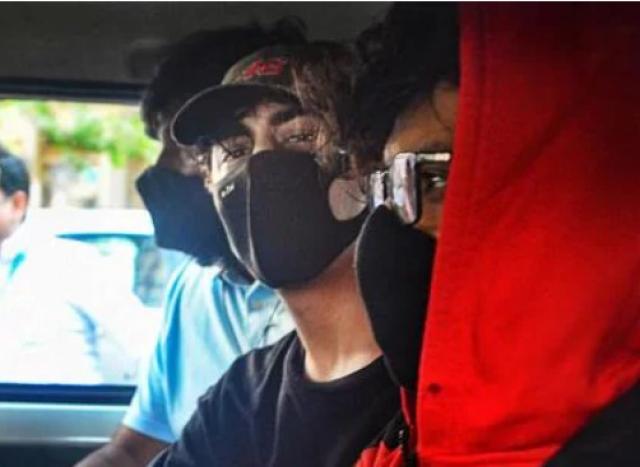 Also Read: Anushka Sharma Narrates Hubby, Virat Kohli's Story, Says, 'There Are So Many Layers To His Passion'

For the unversed, NCB officials have taken away Aryan Khan's phone for investigation as they found something suspicious!