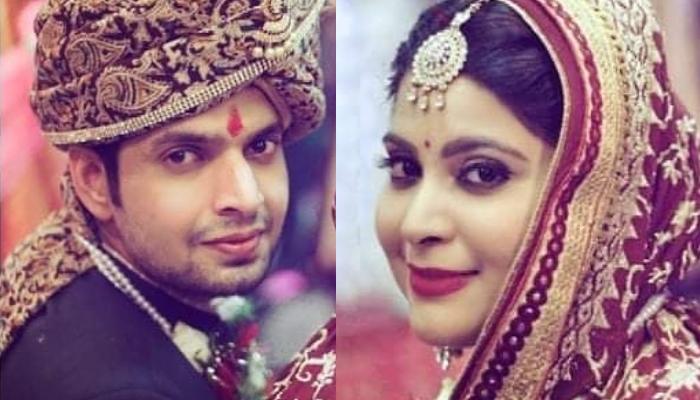 This year the wedding bells are ringing loudest in the tinsel town! After Sheena Bajaj and Rohit Purohit’s grand Rajasthani wedding, another television celebrity got married. Surveen Guggal fame Hitesh Bharadwaj tied the knot with his long-time girlfriend, Suditi Srivastava in an intimate ceremony with only family and friends in attendance. (Recommend Read: Mira Rajput Kapoor's Day 13 Walk Is With 'Her Love' Zain Kapoor, She Shares A Cute Picture)

Hitesh took to his social media account and shared an adorable picture with his wife from the wedding ceremony. Along with the picture he wrote, “Our hearts are full of gratitude and joy. Such deep-rooted and unconditional love coming from family and friends. People from near or far have come over or sent us their wishes and it means the world to us. Couldn't have asked for anything more blissful”. Check out the picture below:

While we all had loved Hitesh in shows like Agar Tum Saath Ho and Surveen Guggal, not many know that before he entered the world of glamour, he had weight issues. In an old interview with the Times of India, Hitesh revealed, “Working out and gyming has now become a part of my lifestyle. I work out regularly for my own satisfaction and try not to miss exercising as it makes me feel incomplete. Even when I am shooting outdoors I make sure I continue with my workout regime and daily have 15 - 20 eggs. I have worked hard and lost 45 kgs”. Hitesh further added, “I have this constant fear of getting fat and I think if I don’t workout I will put on weight. I am always counting my calorie intakes and watch my diet.” (Also Read: Fatima Sana Shaikh Reveals That Linkup Rumours With Her 'Mentor', Aamir Khan, Disturbs Her)

In another interview, Hitesh talked about how it feels to get married on screen, he had stated, “I got married to Neema played by Ritu Barmecha. According to the story, Neema initially tells me that she loves, but she goes back to Bhopal and I leave for Delhi. Later, as she is about to get married, she leaves her wedding and comes back to me! It’s quite exciting because my character Ravi’s parents have no issue with the marriage but Neema’s parents are unhappy because they wanted her to marry a rich guy.” 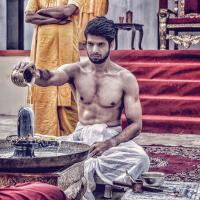 Hitesh also opened about what kind of weddings he like, and said, “While I like movies like ‘Hum Aapke Hain Koun’, as that was the first time I came to know that marriages do happen that way. But personally, I don’t like such weddings because I can’t actually relate wedding on that scale!” He further stated, “I’m a simple guy who will exit single-hood in a low-key fashion, I am single in life and I personally believe that one should not spend too much on weddings because its like wasting money, food and resources. I feel that the smarter way is by spending on your own honeymoon and enjoying”. (You May Also Like: 'Prem Ratan Dhan Payo' Actress Aashika Bhatia Has Found Love In An Internet Sensation, Pics Inside)

In another interview with the Times of India, Hitesh talked about how on his birthday he forced his parents to come to Mumbai and help him celebrate his big day. The actor said, “Since I have been working in Mumbai, I have not had a chance to celebrate my birthday with my parents for the last 6-7 years.” 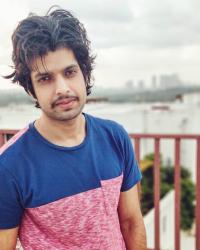 Hitesh further stated, “I really wanted to celebrate my birthday with my parents in a simple way and try to make their day special. I plan to take my parents to the temple in the morning after which we will go to watch Dangal and then go for lunch. The next day we will drive to Shirdi and offer our thanks and prayers. In Mumbai the culture is to bring in birthdays the night before at midnight with your friends cutting cakes and partying till the early hours but I really missed the quiet and simple celebration that I used to have back home. I wanted to relive my childhood days with my parents this birthday and make it a truly special occasion.” (Don't Miss: Bengali Bride Refuses To Cry, Boldly Says 'Parent's Debt Can Never Be Repayed', Video Going Viral)

We wish Hitesh and Suditi a happy married life ahead!