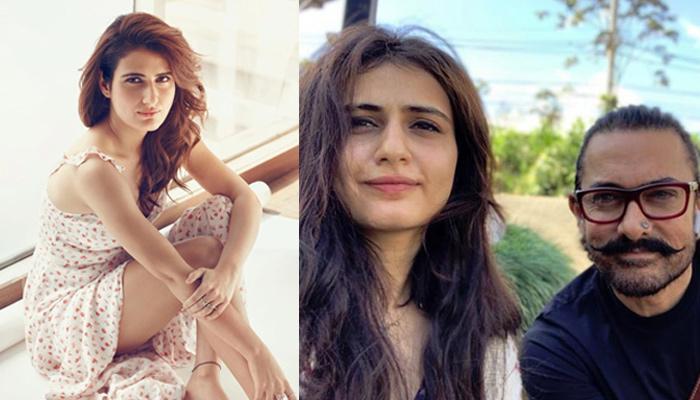 If you are a part of the glamour world, linkup rumours come in as an unsaid package. While certain rumours over time, turn out to be true, others just fade away only to be linked-up with another co-star! In this regards too, while some stars decide to keep mum and let the rumours ebb-flow-fade away, certain celebrities decide to give it back and the latter part is applicable to one of the most gorgeous rising stars of Bollywood, Fatima Sana Shaikh. (Do Read: Sushmita Sen, BF Rohman Shawl And Her Two Daughters, Alisah And Renee, Go Off For A 'Family' Holiday)

We have all gone gaga over her phenomenal performance in Dangal. Her on-screen and off-screen camaraderie with her mentor and bapu, Aamir Khan had given rise to certain link-up rumours as well. Fatima and Aamir were often spotted together during promotions, which gave rise to a series of linkup speculations between Fatima and Aamir. Rumours also had it that Aamir and Fatima’s growing closeness was upsetting the former’s wife, Kiran Rao, although none of the stars chose to comment on the issue. 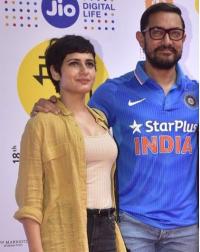 Although Fatima had often rubbished all such linkup rumours between her and Aamir, in an interview with Filmfare, the Thugs Of Hindostan star revealed her mind-state upon the linkup rumours and stated, “Earlier, I used to get affected. I’d feel bad. Because I’ve never dealt with anything of this sort at such a big level. A bunch of strangers, whom I’ve never met, are writing things about me. They don’t even know if there’s any truth to it. People reading it assume that I’m ‘not a good person’. You feel like telling that person, ‘Ask me, I’ll give you an answer’. It disturbs me because I don’t want people to assume wrong things. But I’ve learnt to ignore it. Yet, there are some days when I do get affected.” 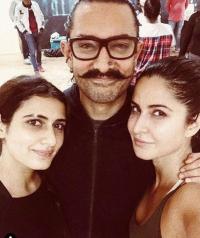 During the release of her latest film, Thugs Of Hindostan, Aamir and Fatima’s linkup rumours, once again started to emerge. Speaking about the same in an interview with Bollywood Hungama, Fatima was quoted as saying, “It’s very weird. My mother keeps on watching TV and the other day she showed me ‘Your photo has come’ and I was like ‘Read the headline to know what’s written.’” She had further added, “But now, I do not feel the need to explain because I feel no matter what you do, people will talk about you.” 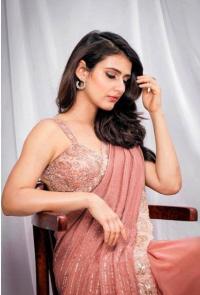 Fatima also shared, “If someone accuses you of something, the first instinct is to come out and tell, ‘Listen, why do you think it is like this?’ If you are an aggressive person, you will attack. If you are a submissive person, even then you will talk about it.” (Must Read: Anushka Sharma Shares A 'Buddy Picture' With Virat Kohli From Forest, Calls Him Best Friend Forever) 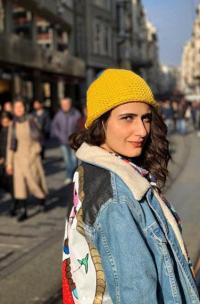 During the promotions of Dangal, Fatima had shared what Aamir means to her and she had said, “He's everything rolled into one, a friend, a guru and a guide. I can talk to him about anything. I can also discuss with him things like, I have had crush on someone, so please tell me what to do'. Sanya (Malhotra) and I go to him for all our love-related problems, and he solves them for us." 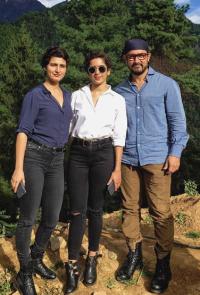 Not just Aamir, Fatima was also linked-up with another Dangal star and he is none other than Aparshakti Khurrana. Rubbishing all such linkup rumours back then, the actor was quoted as saying, “It’s definitely not easy to deal with such things. I come from the world where these rumours are made forcibly. I was doing these three films back to back (‘Dangal’, ‘Badrinath Ki Dulhania’ and ‘Stree’). At the same time, Fatima Sana Shaikh was busy with her shoot, Sanya Malhotra was busy with her shoot. We couldn’t meet during this phase. The moment we all got free from our film schedules, we all met. And by chance, my wife (Akriti Khurana) is doing MBA right now. So, she is not here for a year. That is why she did not meet them with me for the first time. Otherwise, we all meet together. If my wife was here, so these stories would not have happened. That’s about it.” 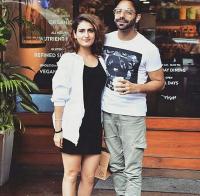 What looks like Fatima has a lineage of getting linked with her co-stars, the actress was also once linked-up with her Akaash Vani (2013) co-star, Kartik Aaryan. Fatima was playing a supporting role in the film and Kartik and Nushrat Bharucha were playing the leads. As per reports, Kartik and Fatima had met on the sets of the film, immediately clicked with each other and had dated for a brief period. However, things went kaput soon enough and the duo went on to move ahead in their own separate ways.

In an interview with MensXP, Fatima had shared about her ideal man, “Oh God, Shah Rukh Khan, he's perfect for me (giggles). Yaar, I'm happy being single. I'm very comfortable being single. I don't have any strict notions. I think anyone who's interesting and makes me laugh is the right person.” Further speaking about her kind of date, she stated, “Coffee and travel. Mujhe life mein aur kuch nahi chahiye. Bas coffee pila do, mai khush ho jaungi.” (Also Read: Janhvi Kapoor Reveals That Boney Kapoor Teased Her About One Of Her Body Parts Throughout Childhood) 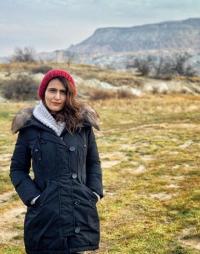 Well guys, you now know how to win Fatima’s heart. So go ahead and try your luck!