Quite like other seasons, Bigg Boss Season 11 was one of the highest TRP grossers of Colors channel. More so, was because of two very entertaining and strong contestants, Hina Khan and Shilpa Shinde. For many people, Hina Khan was one of the favourite bahus from Star Plus’ megahit show, Yeh Rishta Kya Kehlata Hain, but Bigg Boss gave us a chance to catch a glimpse of the personal life and style quotient of the super-stylish Hina Khan. (Do Read: Hina Khan Shuts Down A Troll Who Said Boyfriend Rocky Jaiswal Is Not Good-Looking For Her)

An already famous actress, Hina’s popularity further rose to fame from Bigg Boss. Innumerous fan pages dedicated to her, fans getting back on her opponents who made her life difficult in the house, to people talking about her terrific fashion sense, Hina truly was one of the major reasons for people watching the show. Besides, what we also got to know was what’s brewing in the star's personal life (*wink wink*). 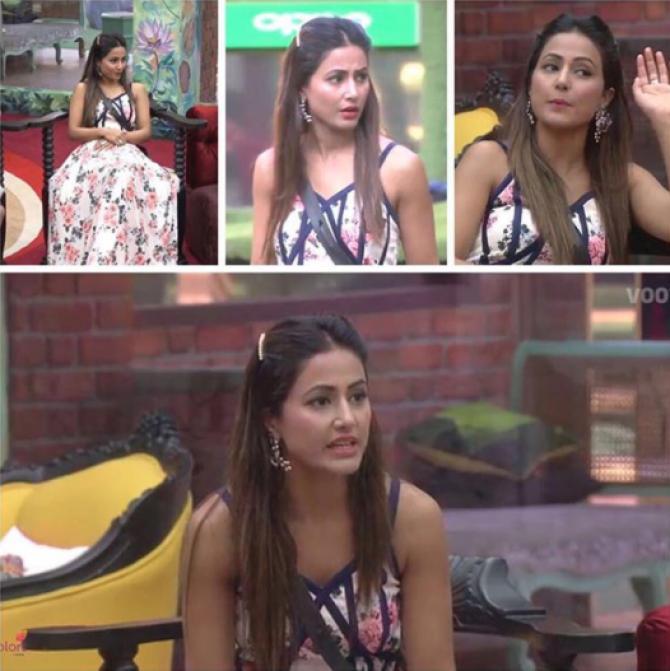 Hina has been in a serious committed relationship with the producer of her former show, Rocky Jaiswal. At one of the ‘Freeze’ moments inside the Bigg Boss house, Rocky came to see Hina where he proposed to her and her reaction was priceless. In an interview, Hina also shared about how she felt about Rocky’s proposal on national television. She shared, “It was kinda sweet surprise for me as well. I wasn't prepared for it and neither was it planned. It just happened. I usually don't talk about my personal life but over there, you become so overwhelmed. The moment I saw him I could not control myself and when he kind of, it was not a proposal, we were in love before as well but the way he said it, I could not hold back and said it back, I love you too. It was sweet. I will always remember and cherish that moment.” (Also Read: Hina Khan Sings 'Dil Cheez Kya Hai Aap Meri Jaan Lijiye' For Beau Rocky Jaiswal In Goa) But wait! Hina Khan has some serious relationship goals for you on how to make the most of your boyfriends’ wardrobe! Yes, in a recent series of pictures posted by the diva, she wore a shirt sported by Rocky on one occasion and captioned the pictures as, “Why should boys have all the fun. Give us anything to wear and we can still look sexy I tried atleast #GirlPower thank you @rockyj1 for your shirt #AajMoodRoWearKaHai”. Also the picture next to Hina’s will have Rocky wear the same shirt. You got to choose who looks better!

Well, we are sure that the answer is much expected! Now that the couple has made it official, fans and media are super-excited to know of their marriage. Speaking of the same in an interview, Hina had stated, “No, not at all. If anything happens, it will be marriage which I've already said won't happen anytime before 3 years. I don't understand why can't they do without making news that includes me. This is nonsense.” (Don't Miss! Hina Khan And Rocky Jaiswal Had The Time Of Their Life In London, Pictures Inside)

Hina and Rocky are one of the few couples, who fell in love on the sets of YRKKH. Speaking of where they met and how love happened, Rocky had shared, “We met on the sets of Yeh Rishta Kya Kehlata Hai for the first time where I was the supervising producer and she was playing the lead role. That's how we met. As for what attracted me to her was her dedication to her work. I have seen a lot of actors, but she is one of the smartest of the lot.” And further added, “It is almost unreal if you find a person who's so honest all the time. She calls a spade a spade every single time. And that's the most important thing I love about her. Besides, she is the prettiest woman in the world.” 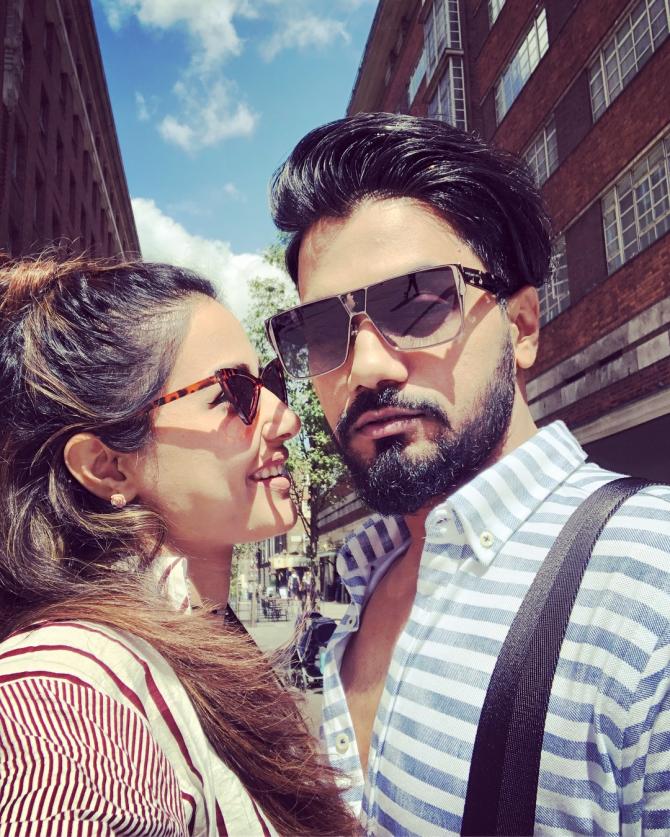 Folks! How did you like Hina sporting her man’s attire? And would you like to see Hina and Rocky getting married soon? Drop us a message in the comments section below.