Television actress, Hina Khan’s journey from being a sansakari bahu to everyone’s favourite diva is a revolutionary one. She not only made everyone go gaga over her acting skills but also her looks. And from playing Akshara in Yeh Rishta Kya Kehlata Hai to Komolika in Kasautii Zindagii Kay 2, her style is a perfect inspiration for the modern Indian girl. (Recommend Read: Riddhima Kapoor Sahni And Bharat Sahni's Family Portrait Picture With Their Angel, Samara Sahni)

There was a time when Hina first appeared on our television as har ghar ki pyaar bahu, Akshara, but when she appeared on Bigg Boss11, she made sure to break-free from that image. She not only experimented with her outfits, but she also won the Most Stylish Television Personality Award in the year 2018.

Dear Ladies, This Is How You Can Add Ruffle To Your Bridal Outfits If You Love To Twirl 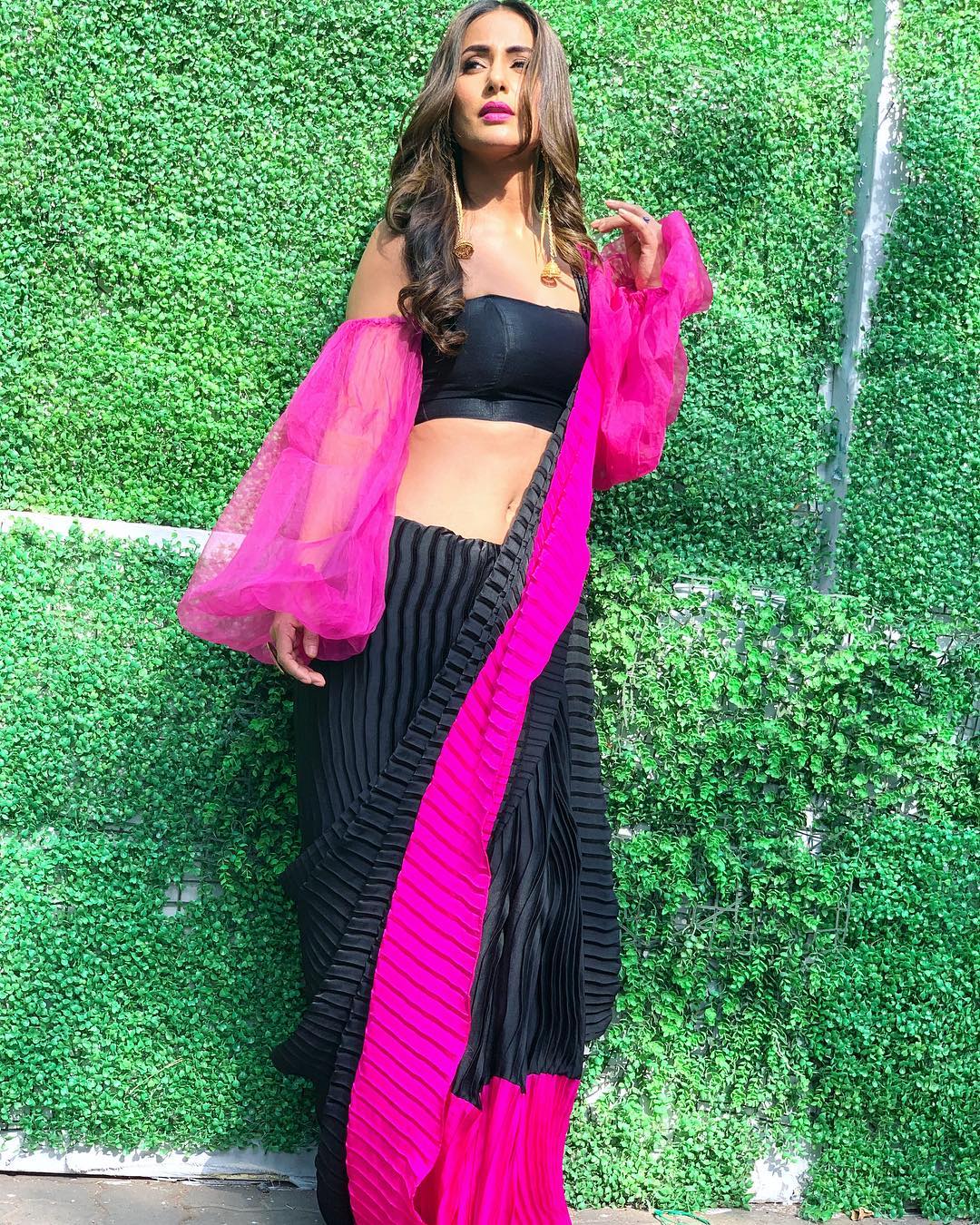 Recently, Hina turned bride (Oh boy, we couldn’t take our eyes off her!) for Arijit Singh’s upcoming music video titled, Raanjhana. We got our hands on a couple of stills from her shoot. In one of the pictures, Hina can be seen donning a traditional red lehenga with gotta-patti work. But it was her dupatta that stole the show. She accessorised her look with pearl drop mathapatti, matching earrings and neckpiece. Smokey eyes and highlighted cheeks finished off her look. Check out the pictures of the same below:

While Hina has tied the knot on-screen a million times, there is a lot of time in her real-life wedding. However, she is ‘head-over-heels’ in love with her boyfriend, Rocky Jaiswal, and her social media is filled with snippets of their relationship. In an interview, Rocky had talked about how love brewed between the two, and had revealed, “We met on the sets of Yeh Rishta Kya Kehlata Hai for the first time where I was the supervising producer and she was playing the lead role. That's how we met. As for what attracted me to her was her dedication to her work. I have seen a lot of actors, but she is one of the smartest of the lot.” (Also Read: Malaika Arora And Amrita Arora Look Dreamy As They Enjoy A Chill Session With Sons, Arhaan And Azaan) 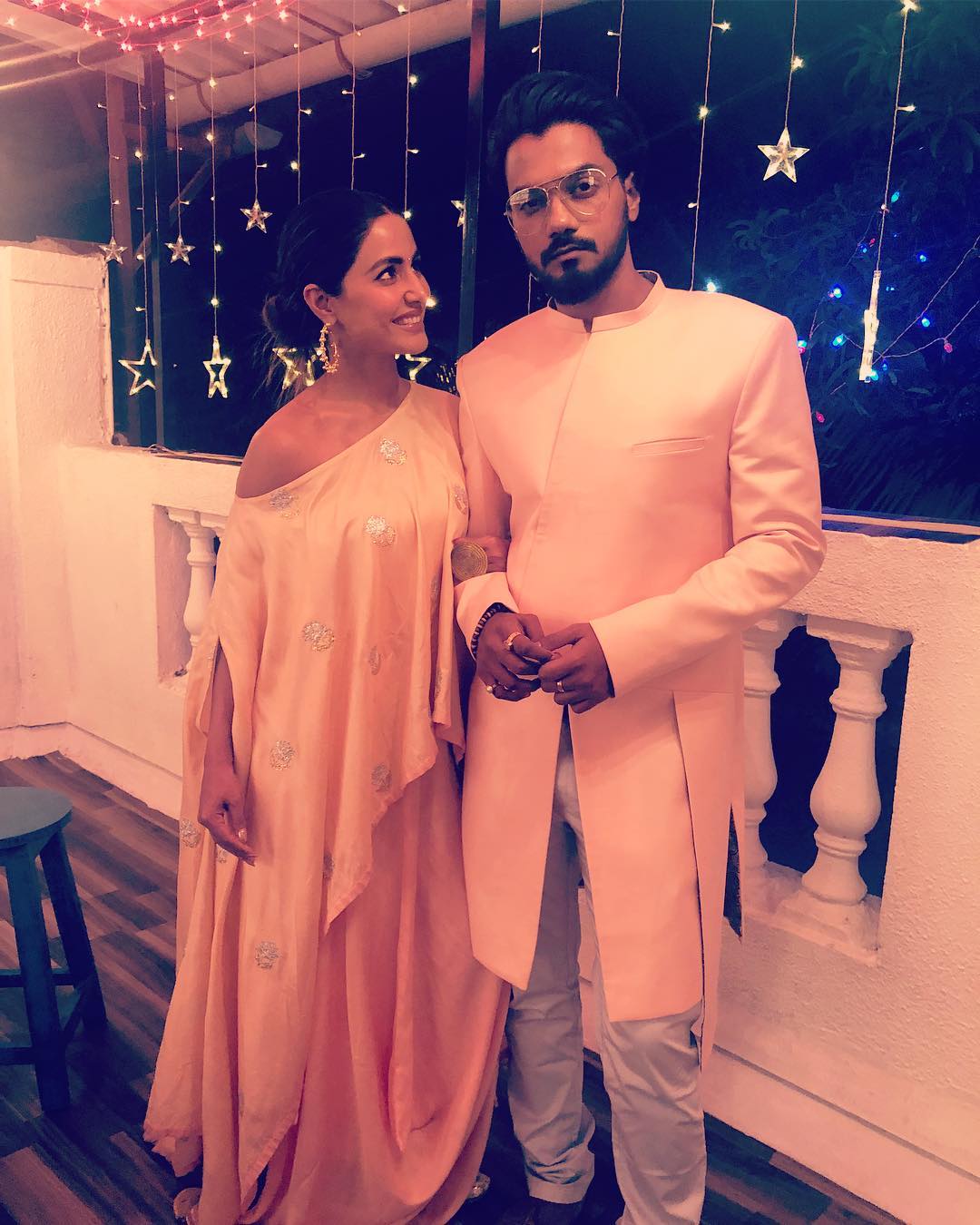 After the show got over, Hina had talked about the proposal, and had shared, “It was kinda sweet surprise for me as well. I wasn't prepared for it and neither was it planned. It just happened. I usually don't talk about my personal life but over there, you become so overwhelmed. The moment I saw him I could not control myself and when he kind of, it was not a proposal, we were in love before as well but the way he said it, I could not hold back and said it back, I love you too. It was sweet. I will always remember and cherish that moment.” (Don't Miss: Shamita Shetty Reveals How It Feels Like, Being Compared To Sister Shilpa Shetty All The Time)

Well, Hina's lehenga is a perfect pick for 2019 brides looking to opt for a traditional red!

Dear Ladies, This Is How You Can Add Ruffle To Your Bridal Outfits If You Love To Twirl