Malaika Arora And Amrita Arora Look Dreamy As They Enjoy A Chill Session With Sons, Arhaan And Azaan

Malaika Arora And Amrita Arora Look Dreamy As They Enjoy A Chill Session With Sons, Arhaan And Azaan

Though we would often spot Malaika Arora and Amrita Arora together, it is a rare sight when we get to catch a dreamy sight of them, chilling with their kids. Here's one for you! 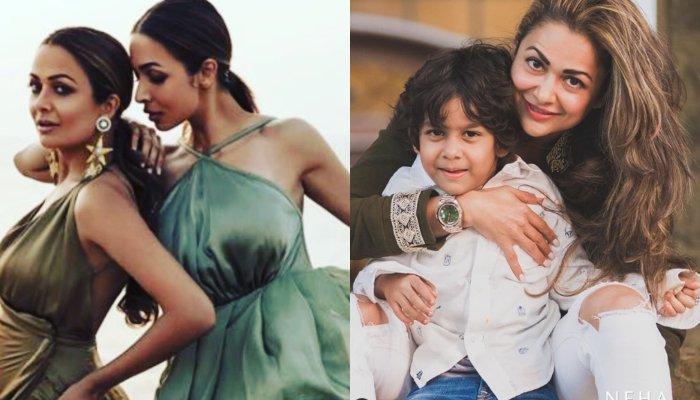 ‘Sisters before misters’- this is not just a phrase. We mean it! Men will come and go but your sisters and the bond that you share with them stays. She will fight with you for stealing her favourite top but will bash the man who broke your heart. She will give you an endless list of excuses that she has done for you until now when you ask her to fetch her water but will open the door for you when you come home late from a party and will cover up for you infront of your parents. Thus proving the phrase ‘Teri Meri Banti Nahi, Par Tere Bina Meri Chalti Nahin’ quite right! And speaking of famous Bollywood sisters reminds us about the Arora ladies, Malaika Arora and her younger sibling, Amrita Arora. (Do Read: Saumya Tandon Greeted With 'Gali Mein Aaj Chand Nikla' By Team After Returning On Set Post Delivery)

From going to parties together, handling each other’s difficulties, going on vacations, gymming together to what not, Malaika Arora and Amrita Arora are pure sister goals! It was the Junior Arora sister, Amrita’s birthday on January 31, 2019, and her badi didi, Malaika had posted an adorable picture of the Dilli Ki Sardi star, blowing off her birthday candle. Sharing the picture, Malaika wrote a crisp caption for her sister, Amrita which revealed a million words! The same could be read as, “Happy bday my darling @amuaroraofficial.... love u sistaaa.” 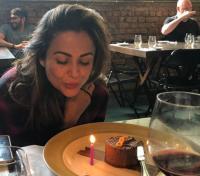 Though we would often spot Malaika Arora and Amrita Arora together, it is a rare sight when we get to catch a dreamy sight of them, chilling with their kids. Celebrity photographer, Neha Jiwarajka-Basu (whose Instagram page is famously called nehabrackstonephotography), took to Instagram and posted a beautiful picture of Arora sisters, spending a chill session with their respective kids. Sharing the picture, the photographer quoted an unknown fact about Malaika/Amrita and their kids as a caption. The same could be read as, “Malaika’s son Arhaan is a gem. Azaan idolises him and is in full awe of him. So they are constantly swapping stories, playing on PS4 when they meet, which is very often. Arhaan is very protective about Azaan and Rayaan.”

Amrita Arora is blessed with two kids, Azaan and Rayaan. The photographer had posted another adorable picture of Amrita with her younger son, Raayan with another quote of hers as the caption. It read, “Everything that my kids do make me immensely proud and thankful …one thing that makes me beam with pride is the fact that I’m raising two responsible and emotionally stable children,and at the end of the day when they tell me I’m the best mother in the world makes it allllll so worth every second of the day!” Here is the image: 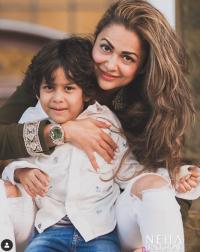 She also posted a dreamy black and white picture of Malaika Arora with her son, Arhaan Khan. Arhaan’s picture with his mother was captioned as “For me, motherhood has given me a better sense of responsibility. Before being a mother you take life as it comes. After being a mother you tend to prioritise things. Your child becomes a priority, everything else takes a backseat.” (Must Read: Arti Singh Shares A Rare Pic Of Her Late Pregnant Mother Whom She Lost When She Was 37-Days-Old) 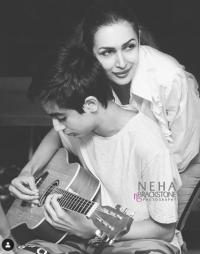 Malaika Arora, in an interaction with her BFF, Kareena Kapoor Khan on her famous chat show, What Women Want, had shared her son, Arhaan Khan’s reaction on his parents' (Malaika Arora and Arbaaz Khan) divorce. Recalling the same, Bollywood’s Chaiyya Chaiyya girl had stated Arhaan saying, “Mom, you look happy." Malaika had further added, “If this is the decision that you’re making, then we are really proud of you and in our eyes you are a really strong woman… this is what gave me the extra strength that I needed. If you are in an unhappy marriage and that’s what you decide to do you should do it with a lot of dignity, self-respect. Don’t let anybody tell you that you are any less of a woman.” 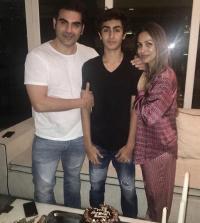 Amrita Arora, in a recent interview with a leading daily, had spoken about motherhood and stated, “It has been a learning experience so far—an emotionally charged, beautiful, exciting experience that is consuming me, and I am enjoying it. I have learnt to be patient and follow my own instincts. I strongly believe that no book, workshop, video, person can teach you anything about motherhood. You need to make your own mistakes and learn from them while enjoying and living out the experience.”

Amrita Arora had also shared the perks of being a mother and had stated, “That I am the first woman in their lives! (laughs) And yes, I am happy I chose to have my kids when I did. Not that there was big planning involved, but I am glad that I had them in good time, not when I was younger. I am more anchored now, love spending time with them and creating indelible memories.” (Also Read: Shloka Mehta Proudly Flashes The IPL Cup With Sagarika Ghatge And Ritika Sajdeh After IPL 2019 Win) 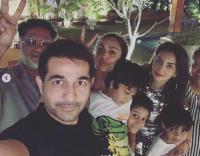 Guys, how did you like the Arora sisters and their kids’ picture? Let us know!