Hina Khan Gets A Pre-Birthday Surprise From Boyfriend Rocky Jaiswal, Says, He Is Simply 'Love'

Hina Khan Gets A Pre-Birthday Surprise From Boyfriend Rocky Jaiswal, Says, He Is Simply 'Love'

Hina Khan and Rocky Jaiswal are madly in love with each other. On September 17, 2020, Hina shared a glimpse of her pre-birthday celebration as beau, Rocky surprised her with a yummy cake.

The sheer joy of having someone, who goes to any extent to make you happy is something which cannot be expressed in words. They will be there through all your ups and downs and will cheer the loudest on all your achievements, and that is why being with the right partner makes all the difference. And actress, Hina Khan has found one such partner in Rocky Jaiswal, who never misses a chance to shower his love on her. While the glamour world boasts many ideal relationships, Hina and Rocky stand apart. (Also Read: Neena Gupta Reveals The Secret Of Her Beautiful Relationship With Her Daughter, Masaba Gupta)

Hina Khan had met Rocky Jaiswal on the sets of the popular serial, Yeh Rishta Kya Kehlata Hai. It was Hina’s debut show and Rocky was the supervising producer, Hina’s dedication and commitment towards her work had impressed Rocky. While the serial had given us many real-life couples, it had also acted as Cupid for Rocky and Hina. It was during her stint in Bigg Boss house, we got to see Hina’s much talked about relationship with Rocky. He had taken his friendship to the next level by proposing her on national television inside the Bigg Boss house and it was a sight to behold. Hina Khan will turn a year older on October 2, 2020. But it seems like her birthday celebrations have already kickstarted. On September 17, 2020, Hina took to her IG stories and shared a picture of a surprise cake by her boyfriend, Rocky Jaiswal. Hina couldn’t hide her excitement and shared the same on her social media handle with a caption, “@rockyj1 You are simply love #EarlyBirthdayCelebrations” atop it. 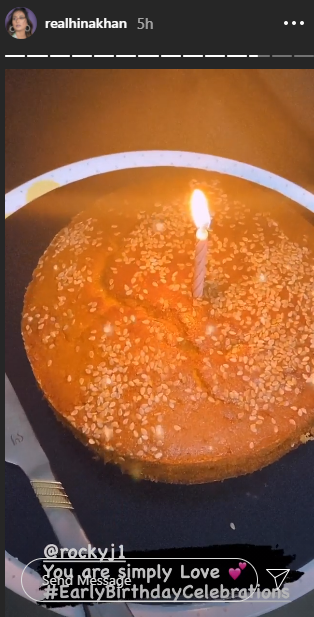 Last year, the diva had gotten a similar surprise from Rocky five days prior to her birthday. Her pre-birthday bash had begun on September 26, 2019, when she had shared the pictures of the same on her IG stories. Hina had received a beautiful bouquet from Rocky and had cut five cakes as part of the celebrations. In one of the pictures, she was seen making a wish and the happiness on her face was unmissable as she was cutting the cakes. (Also Read: Mira Rajput Kapoor Cooks A Yummy Cuisine From The Beans Which Misha And Zain Plucked From A Tree) 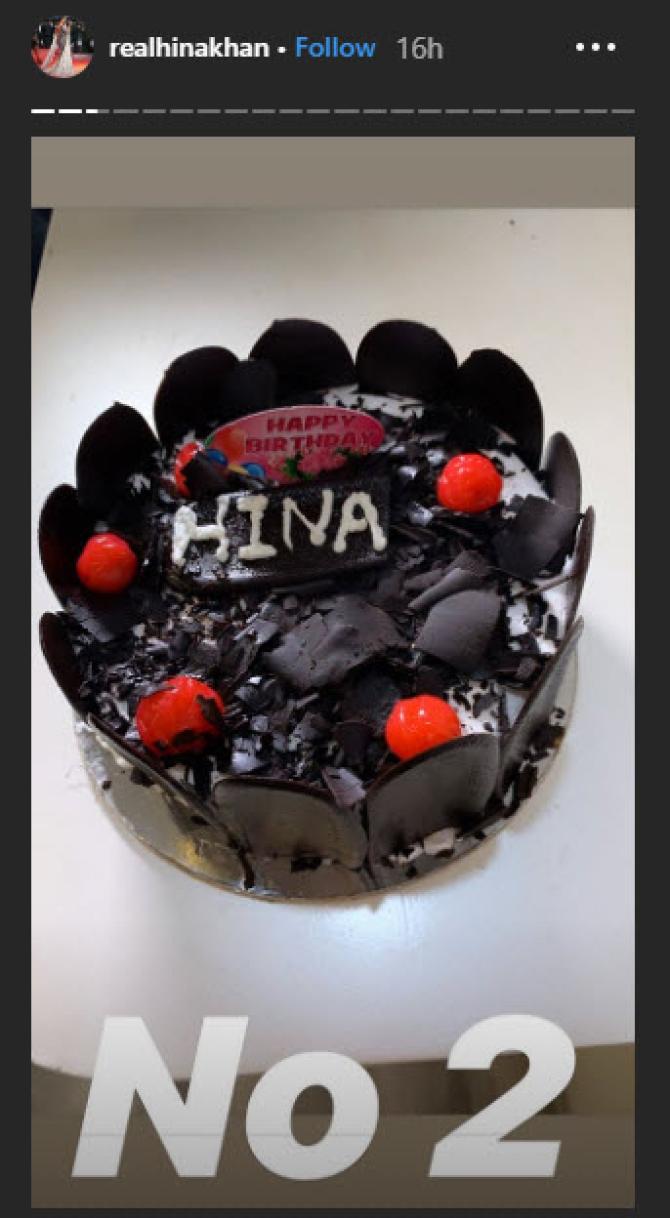 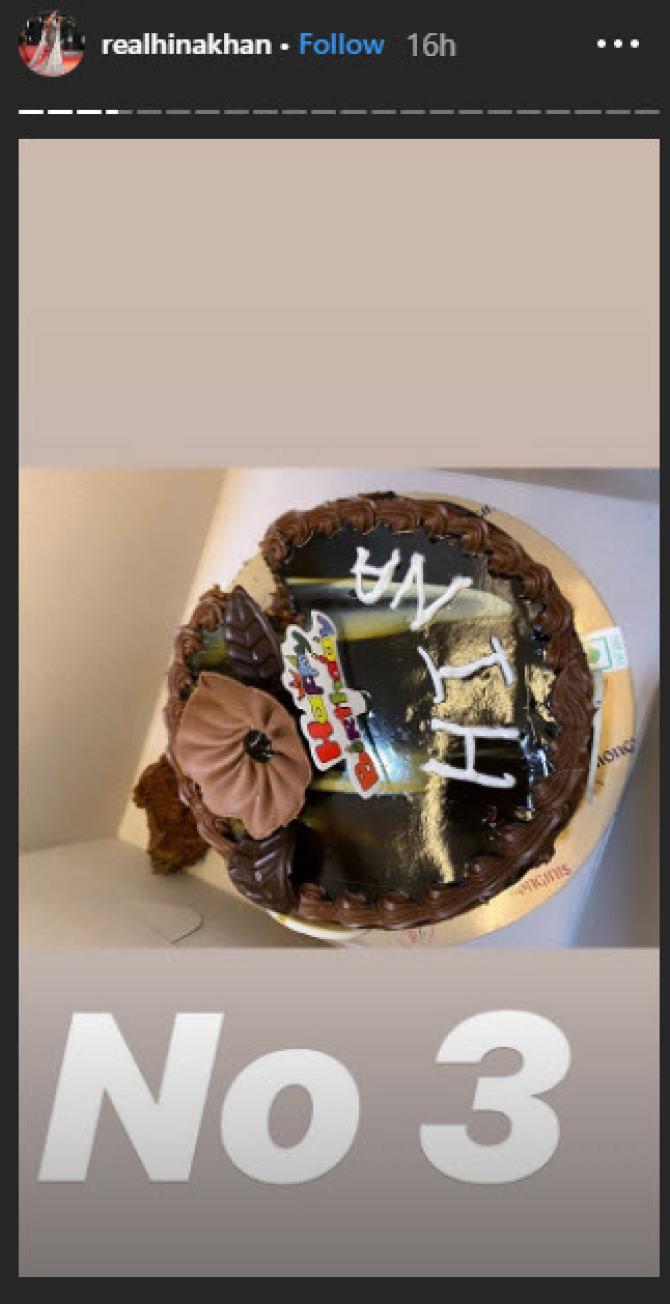 Rocky wears his heart on his sleeves for his ladylove, Hina. Hina Khan’s latest show Naagin 5 had become no.1 on TRP charts and her fans had loved her as the new 'Naagin'. Hina, who had mesmerised her fans with her effortless performance, had received a lot of love and appreciation for her role. As she was signed for only a few episodes, the actress had to bid adieu to her character. And it was Hina’s boyfriend, Rocky Jaiswal, who couldn’t contain his happiness as her show had topped the TRP charts. He had taken to his IG stories and had shared an appreciation note for his girl. Sharing a gorgeous monochrome picture of Hina, Rocky had written, “She is the image of perseverance because she believes in hard work…not miracle” atop it.

During the lockdown, Hina Khan and Rocky Jaiswal were quarantined with their respective families. To the delight of their fans, Rocky had penned down an ‘always’ note for his ladylove, Hina, and had posted it with an edit of her picture as his Instagram story. His note had stated, “The flow of time has made our foundation so strong, no matter how far apart the floors are, we’re like a tall building, we’ll always be connected, we’ll always be together!” Hina had reposted the same and had written, “Aww nice edit. Always my love!” (Also Read: Ranveer Singh Says This Super Hit Movie Helped Wife, Deepika Padukone To Fight Her Emotional Turmoil) 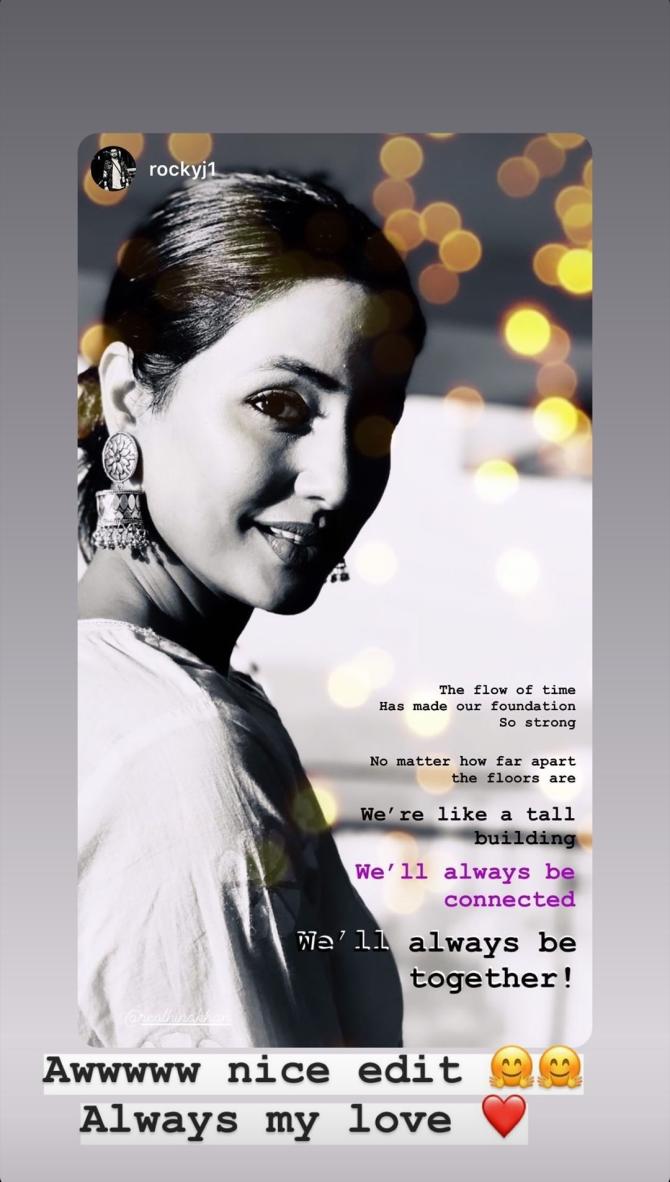 What do you think about Hina and Rocky’s chemistry? Let us know.