Bigg Boss 13 contestants, Himanshi Khurana and Shehnaaz Gill share an ugly past as the former has blamed her for ruining her love life. Himanshi, recently, talked about how Shehnaaz ruined everything. The thirteenth season of the most controversial reality show, Bigg Boss has become number one on the TRP list, all thanks to the content that the contestants are providing. All the controversial masala that the contestants are giving to the viewers has made the show, one of the most-watched shows on Indian television. The show is nearing its end but the drama and the controversies are not ready to take a seat back. Every contestant’s personal life be it inside or outside the show is grabbing the headlines and the audiences are enjoying it to the fullest. From Paras Chhabra’s relationship with Akanksha Puri to Arhaan Khan confessing his love and desire to marry Rashami Desai, the show with every passing episode of it is unfolding different layers of contestant’s personal lives. (Recommended Read: Prince Narula Shares A Heartfelt Birthday Wish For His 'Maa And Duniya', Asha Narula, Thanking Her)

When Himanshi Khurana had entered Bigg Boss 13 house as a wild card contestant, she had bashed Shehnaaz Gill and had bombarded her with hate comments. Shehnaaz and Himanshi had an ugly spat before entering the BB house and when they were locked inside the house, they had blamed each other for their past fight. However, Himanshi couldn’t stay in the house for long and was evicted last month. Now, in an interview with SpotboyE, Himanshi has spoken about her and Shehnaaz’s fight for the first time and revealed how she ruined her love life. Himanshi also blamed the Colors channel for showing only one side of the story.

Himanshi Khurana opened up on her previous fight with Shehnaaz Gill and said, “The less said how she ruined my love life before BB, the better. My boyfriend’s brother is a fun-loving person. And, Shehnaaz managed to brainwash him. She told him: Kya tumko nahin lagta ki tumhari bhi girlfriend aisi koi well-to-do honi chahiye? Nahin toh, Himanshi ka rutba family mein jyaada rahega This somehow went on to create a dent between the two brothers. Till date, they’re hardly on talking terms.” 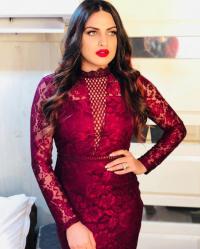 Himanshi Khurana added further, “She poisoned my boyfriend’s elder brother’s mind. She told him a lot of false things about me. The brother discussed all that with my boyfriend. This disturbed my equation with Wirk no end. And let me also tell you that it created a rift between the two brothers.” Himanshi was linked with singer, Ammy Wirk and everyone had thought that he was her boyfriend. She clarified the same and said, “I have a boyfriend and his surname is Wirk. Dunno why everyone thinks it’s Ammy Wirk. I think that happened because of one of our pictures- he dressed as a groom and I wearing a lehenga- went viral. I clarified but you know how it is on social media- negative things get more inflamed than the positive ones.” 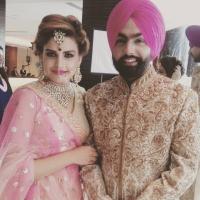 Himanshi also blamed the show for showing only one side of the story and revealed, “Colors showed me pushing Shehnaaz. But they didn’t show why I pushed her. I was pushed to the edge. By Shehnaaz herself. She gave me gaalis and provoked me. And that was also not shown. So, after I pushed her, it came across as if I was the villain and Shehnaaz was innocent. And even Salman sir was not ready to believe my version. In fact, he didn’t even hear me out. He said that he doesn’t want to listen to my side of the story. And, that was unfair. Shehnaaz troubled me a lot inside the house.” 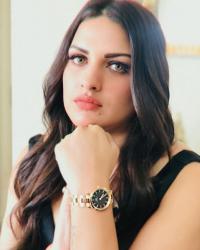 When Himanshi had entered the BB house, apart from her rift with Shehnaaz Gill, the one thing that had made her a part of the headlines was her closeness with fellow contestant, Asim Riaz. But the actress had refuted all the stories and cleared that she is not looking for any love angle and she is engaged with someone. This revelation was enough for the gossipmongers to create stories and they were certain that it is none other than Punjabi singer, Ammy Wirk who is dating Himanshi. Ammy has worked with Himanshi in a popular music video, Yaarien. However, Ammy's elder brother, Bhagwanth had cleared the air in an interview with SpotboyE. He had shared that Ammy is no way connected to Himanshi. He also said that Ammy is married now but refused to reveal anything about the wedding.

Post her eviction, Himanshi had opened up about her closeness with Asim in an interview with Pinkvilla. Himanshi had reacted on their relationship and had said that they are just good friends and nothing else. She had said, “In majority, I feel happy that people loved us inside. At least, they understand that I was clear in my point and he was clear in his. He and I are very good friends. It takes guts to say what he said on the show knowing that I can’t cross my limits. There are so many friends who might end up liking you but not necessary that they have the wrong motive behind it.” (Must Read: Amitabh Bachchan Misses 'Maa Ka Pallu' After Visiting His Doctor, Remembers His Childhood Days)

Well, we hope everything gets sorted between Himanshi and Shehnaaz!