Akshay Kumar's Lavish Life: From 11 People To Style Him Everyday To Net Worth Around Rs. 500 Crore

Akshay Kumar's Lavish Life: From 11 People To Style Him Everyday To Net Worth Around Rs. 500 Crore

Everything you need to know about one of the highest taxpayers in India and popular actor, Akshay Kumar's exotic lifestyle, hidden facts, car collection, and gigantic net worth. Check it out!

Bollywood's 'Khiladi Kumar', Akshay Kumar received an honorary certificate, Samman Patra, from the Income Tax Department in July 2022 for being one of the highest taxpayers in India. Although people often make fun of him and call him Canadian, the actor once again proved his loyalty, love and respect for this nation. It was on September 9, 1967, when Rajiv Hari Om Bhatia, a.k.a., Akshay Kumar was born in Punjab. Despite having no solid connections in Bollywood industry, Akshay had dared to see a dream of him being an actor in the film industry. Well, he not only dreamt but also did a lot of hard work to achieve it. The actor made his acting debut in Mahesh Bhatt's film, Aag, in 1987, and the rest is history.

The people's superstar, Akshay Kumar not only challenged the supremacy of the Khan trinity, Shah Rukh Khan, Salman Khan and Aamir Khan, but also managed to beat them in many encounters at the box office. He is one of the few actors in India that are role models to so many youngsters, who don't even want to become an actor as people follow him for his fitness regime, strictly disciplined life, humble nature and empathy towards everyone. However, while Akshay is a perfect role model for youngsters, he never shies away from spending his hard-earned money on the things that he loves. So without further ado, let's dive into Akshay's swanky lifestyle! Bollywood actor, Akshay Kumar is one of the fittest actors in the film industry, and he never shies away from sharing his fitness mantras with everyone. Apart from all his exercises, running is something that Akshay prefers the most. Thus, the actor owns a wide range of running shoes from world-famous brands like NIKE, Adidas, PUMA, and the list goes on. Well, Akshay's love for shoes doesn't stop here, as he always puts his best foot forward when it comes to shoes. From getting attention for his formal shoes to turning heads with his casual ones, Akshay is indeed quite passionate about his shoe game. If the reports are to be believed, Akshay Kumar's shoe collection is reportedly more than a whopping sum of Rs. 1 crore.

Akshay Kumar has 11 people to get him ready 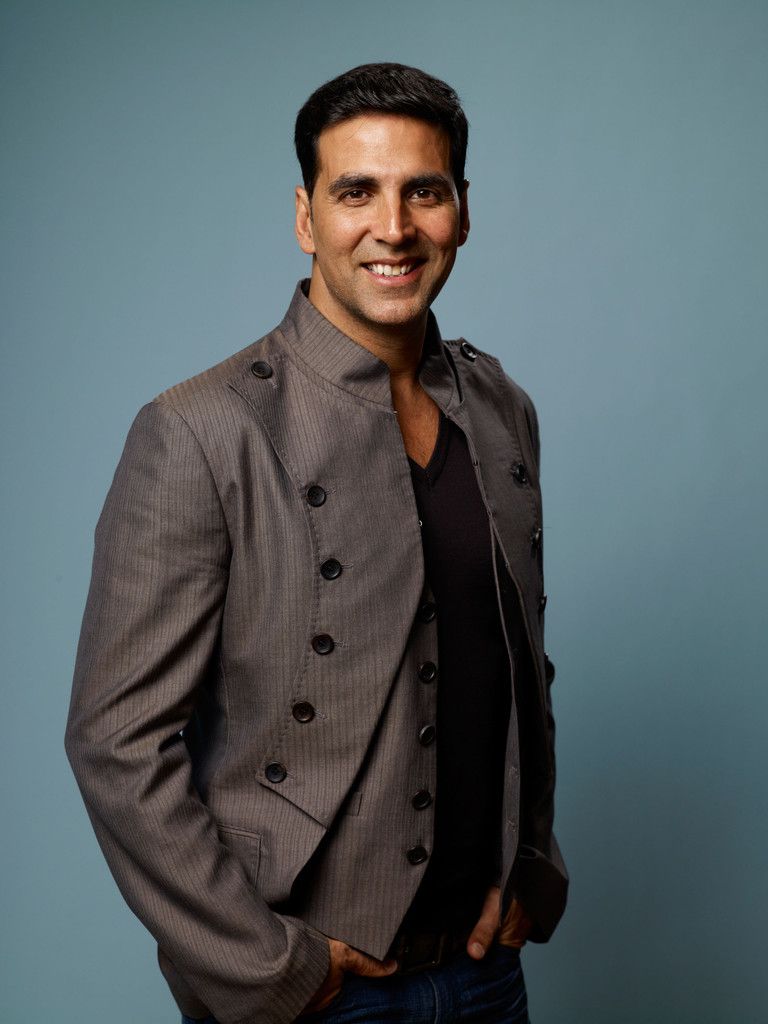 In 2018, Akshay Kumar was honoured with a style award at HT India's Most Stylish Awards. During the event, Akshay's wife and author, Twinkle Khanna was also present at the event, and she had shared some secrets about her darling husband. When the doting wife was asked who gets ready first, answering this, Twinkle took Akshay's name. However, she shared that the reason behind it is the fact that Akshay has 11 people, who get him ready. Well, this is the epitome of richness and here's what Twinkle had said about Akshay having 11 people to style him:

"He (Akshay Kumar) is very quick but he also has a room that is dedicated to his clothes. It is altered to his fashion sense. He has got 11 people who help him get ready, I have no one. So yeah, I do take a bit longer but in the circumstances it is understandable."

You May Like This: Lalit Modi's Net Worth Of Rs 4,555 Crore Trends, After He Called Sushmita Sen His 'Better-Half' Akshay Kumar stays with his family in the super-expensive and dream-like, sea-facing villa in Juhu. The villa features a lush garden and offers a cinematic view of the vast Arabian sea. The price of Akshay's Juhu home is reportedly around Rs. 80 crores. Other than that, Akshay is also the proud owner of a holiday home in Goa worth Rs. 5 crores. Talking about his investments, Akshay had invested in four properties in the Transcon Triumph building. As per the reports, every single apartment is reportedly worth Rs. 4.5 crores. Akshay Kumar is the epitome of 'work hard, play harder', as he never misses a chance to fulfil his dreams. Apart from buying luxurious houses, expensive outfits and going to exotic locations, not everyone is aware of the actor's love for high-end cars. The actor has some of the most insanely expensive cars in his collection, and it's crazy to watch his madness for them. The cars parked inside Akshay's garage are Rolls Royce Phantom VII (Rs. 8-9 crores), Mercedes-Benz V-Class (Rs. 1.10 crore), Bentley Continental GT (Rs. 3.57 crores), Porsche Cayenne (Rs. 1.2 crores), and Range Rover Vogue (Rs. 2.5 crores). 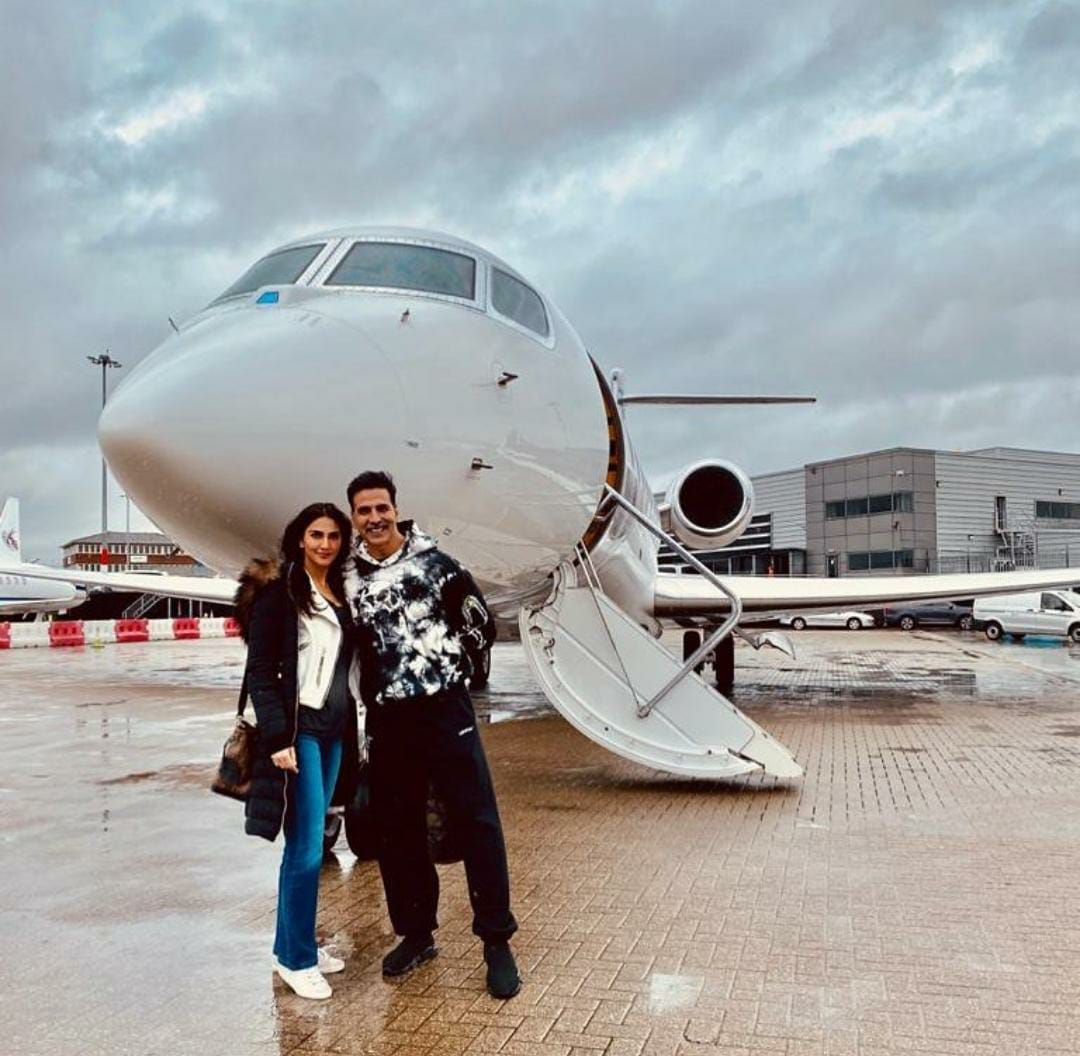 Just when you thought you'd seen everything about Akshay Kumar's richness, here's your Khiladi Kumar, taking the game to a whole new level. Yes! You read it right. Akshay Kumar is the owner of a luxurious private jet. The price of the jet is reportedly Rs. 260 crores. If the media reports are to be believed, Akshay Kumar charges a hefty amount of Rs. 100 crores per movie. Talking about the brand endorsements, Akshay brings home a sum of Rs. 2-3 crores from every endorsement. As of 2015 and 2019, Kumar was on the Forbes list of highest-paid entertainers in the world, ranking 52nd with earnings of $48.5 million. But as of now, in 2022, Akshay Kumar's net worth is more than Rs. 500 crores. The sum of Akshay Kumar's net worth is quite big, but it isn't a big shock for his fans and people, who follow him. As everyone knows, how much effort, dedication and hard work he puts into his work every single day. Also, he has been doing it consistently for the last 30 years. So what are your views on Akshay's enormous wealth and wealthy lifestyle? Let us know.

Also Read: Akshay Kumar's Luxurious Houses: From A Duplex In Mumbai To A Multi-Crore Hill Land In Canada