Indian cricketer, Harbhajan Singh and his wife Geeta Basra took their kids, Hinaya and Jovan to Gurudwara and sought blessings.

Indian cricketer, Harbhajan Singh and his actress wife, Geeta Basra are living every moment of their parenthood journey all over again with their baby boy, Jovan. Harbhajan and Geeta had welcomed their first child, Hinaya in 2016. And in March 2021, the lovely couple had announced the news of their second pregnancy.

Harbhajan and Geeta had welcomed their second child, a baby boy on July 10, 2021. To announce the 'good news' of being blessed with a baby boy, Harbhajan had taken to his IG handle and had shared a cute picture of two little blue shoes. Along with the picture, he had written, "Blessed with a baby boy. Shukar aa Tera maalka." A few moments back, Geeta took to her IG handle and shared an adorable picture with Harbhajan and their kids, Hinaya and Jovan. In the picture, the family was seen seeking blessings at a Gurudwara and it was indeed a sight to behold. Harbhajan carried Jovan in his arms for the darshan. Geeta captioned the picture with folded hands emoticon. 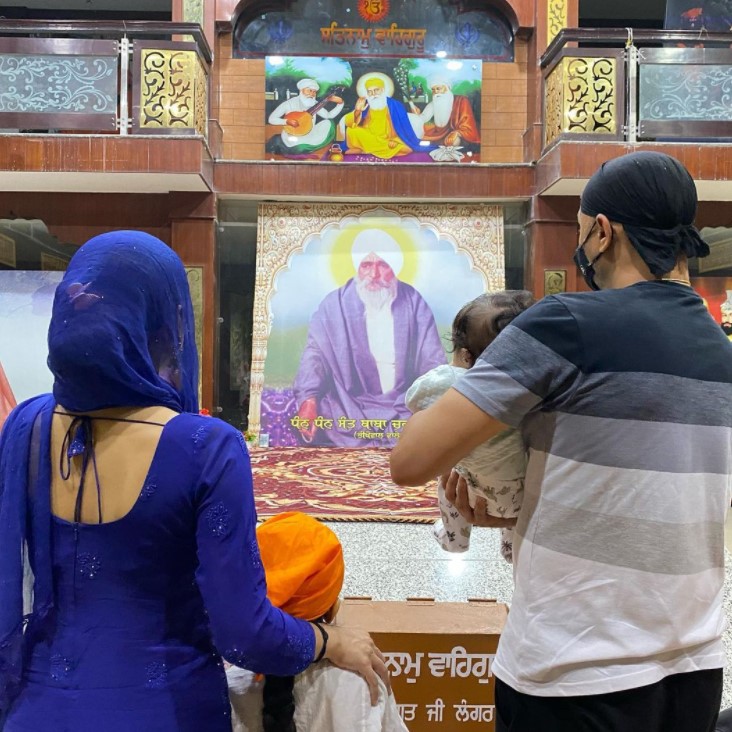 On October 12, 2021, Jovan had his first Gurudwara darshan and the doting mommy shared a video of the same on her IG handle. In the video, Geeta was seen carrying baby Jovan as they walked towards the Gurudwara. Hinaya too had accompanied her mother. Along with the video, Geeta had written, "Jovan’s first Darshan to the Gurudwara… Babaji mere Pariwar te hamesha mehr padiya hath rakhna."

It was on July 26, 2021, when Geeta had announced her baby boy's name. She had taken to her Instagram handle and had shared a breathtakingly beautiful picture of her baby boy in the arms of his elder sister, Hinaya. In the picture, the brother-sister duo had looked nothing less than a dream. Along with the picture, Geeta had written, "Introducing HEER ka VEER... Jovan Veer Singh Plaha." 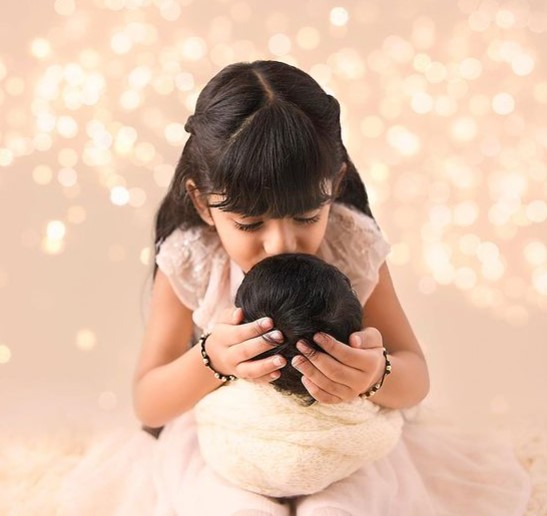 On the festival of Raksha Bandhan 2021, Hinaya had celebrated her first rakhi with her baby brother, Jovan. To mark Jovan and Hinaya's first Raksha Bandhan together, the doting mommy, Geeta Basra had taken to her IG handle and had shared a glimpse of Hinaya tying a rakhi on her baby brother, Jovan's wrist. Sharing the picture, Geeta had written, "May this bond be unbreakable, to always protect each other and love like best friends #jovansfirstrakhi #brother #sister #love #rakshabandhan #hinayaheer #jovanveer." 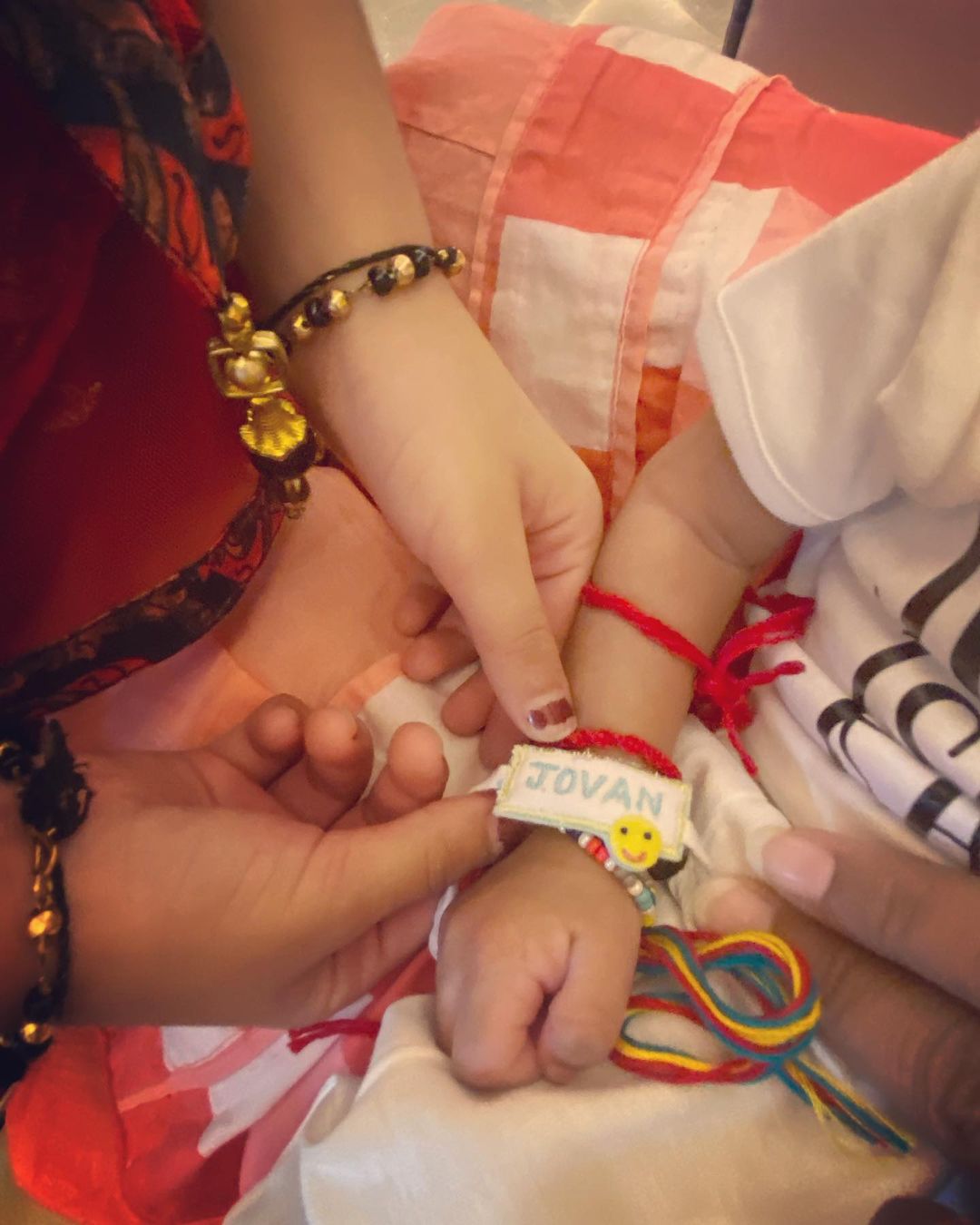 Before the birth of Jovan, Geeta had gone through two miscarriages. But she didn't lose hope and was extra conscious during Jovan's time. In an interview with Zoom Digital, the second-time-mommy, Geeta had revealed her hubby, Harbhajan's reaction when he held his baby boy in his arms for the first time. "With Harbhajan, he was extremely emotional, happy, excited and overwhelmed. Of course, he loves kids. For him, it was the most beautiful day ever. Of course, it was a beautiful moment. Any parent who is a parent again will feel it. It is a feeling you can't describe if you do not go it yourself."

On the work front, Geeta was last seen in the 2016 Punjabi film, Lock! 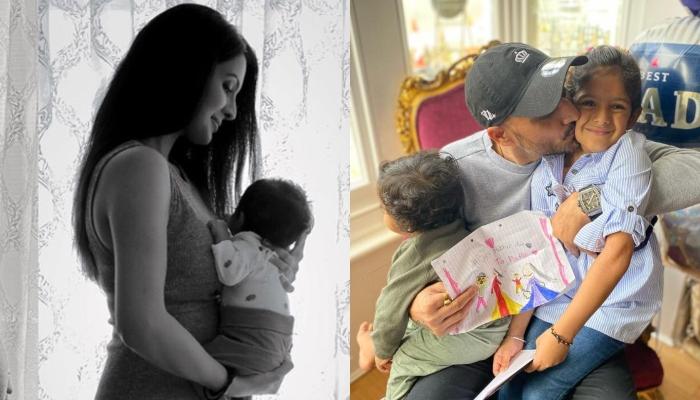