Bollywood actor, Suniel Shetty is celebrating his 59th birthday today, and on his special day, we bring you an untold story of his real-life heroics in the year, 1996. Find out! 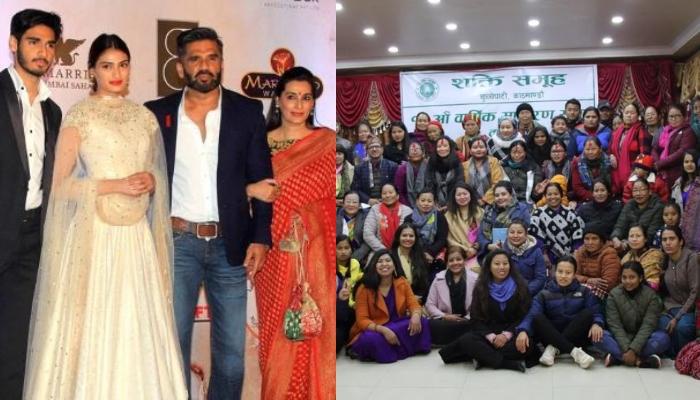 In the early 90s, we saw the emergence of one of the most incredibly talented action heroes of all-time, Suniel Shetty on the big screen. While his expressions were unique, it was his voice that had turned simplest of dialogues into the iconic ones. Whether we talk about his long hair or that chiselled jaw-line, Suniel Shetty was undoubtedly the coolest and the hottest actor of his time. Today, the actor is celebrating his 59th birthday and looking at his pumped-up avatar, and it says everything about the love that our 'Anna' has for fitness even to this very day. (Recommended Read: Dharmendra's First Wife, Prakash Kaur Still Defends Him For Re-Marrying Hema Malini)

However, there's one unique and rare thing about Suniel Shetty for which he has received tons of compliments and mentions from many industry colleagues and veteran legends in media over the years. And, that rare thing is his daring attitude of doing what is right, no matter whosoever is standing in front of you. Whether it's about picking up the script of his evergreen film, Gopi Kishan, without caring about the fact that it has been rejected by a lot of top actors of that time. Suniel Shetty had made a place in the hearts of his fans because of this rare quality in him. But there's one incident that will multiply the respect you hold for him in your heart a thousand times. Scroll down to know about Suniel Shetty's heroics in the year, 1996, and why he didn't say anything about it in the media and even to his family! On February 5, 1996, after getting some information from one of their top sources, Mumbai Police had conducted a massive raid in the famous Kamathipura red light area and had rescued a total of 456 sex trafficking survivors, who were aged between 14 to 30. After the success of this operation, when all the survivors were asked to tell about their respective homes to the police. It was found out that 128 girls are from Nepal and the criminals have demolished their individual identity proofs, after which the Nepal government had shown their back to the survivors. That was the time, when Bollywood actor, Suniel Shetty had taken the international matter into his own hands.
Suniel Shetty had gone to his mother-in-law, Vipula Kadri, who was the founder of 'Save the Children' NGO and also bought some top Mumbai Police officials into his plan. The actor had formed a team and collected information about all the 128 girls, who were from different parts of Nepal but majorly from Kathmandu. After getting all details about their homes, the actor had arranged the tickets for all the survivors and had ensured that they had reached Nepal safely. (Don't Miss: Disha Vakani To Dilip Joshi: Meet Real-Life Families Of The Cast Of 'Taarak Mehta Ka Ooltah Chashma') 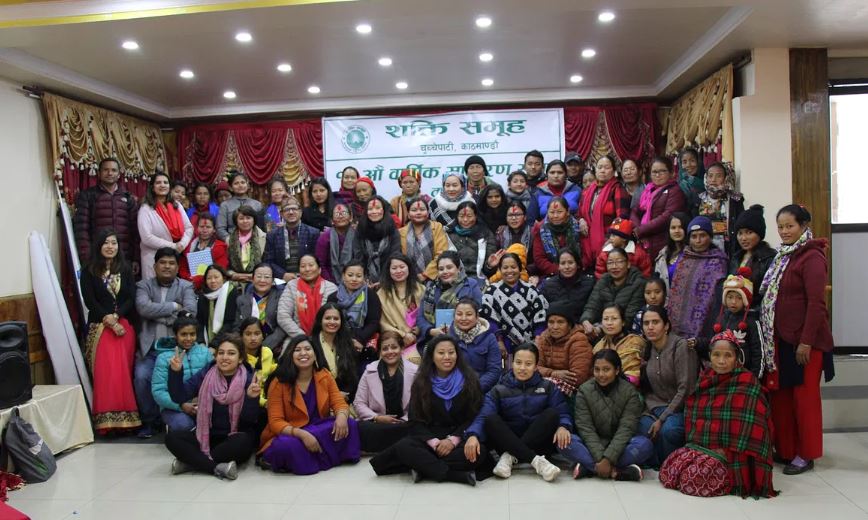 Suniel Shetty had shown that he's not just an actor, who stands up against the bad guys in the movies only, that he had the guts to replicate it in real life too. But his next move is what makes him a true human being and will make you numb you with immense respect in your heart for our beloved anna. After the survivors had gone to their homes peacefully and safely, the actor had decided not to leak-out any details about this in media because he never did this for publicity or headlines. However, on May 1, 2020, famous digital media company, Vice Media had released the first trailer of their documentary, The Forgotten Ones: Human Trafficking In Nepal, after which, this whole story had erupted in front of everybody. The clip had started circulating all over the internet, and the whole Bollywood fraternity along with many people had showered their immense praise and love on the super-humble actor. Joining the long queue was Suniel Shetty's daughter, Athiya Shetty, who had revealed in her tweet that even she wasn't aware of all these things till this day. Take a look.

Awesomeness with a heart of gold

Met @SunielVShetty anna so many times but never he had mentioned about this...this is what i call it class love you anna huge respect for you https://t.co/KN22jM1IGL — Jay Bhanushaali (JB) (@jaybhanushali0) May 11, 2020

In an interview with Radio Sargam, the actor had finally opened up about the reason why he had never talked about his heroics in media. Suniel Shetty had said, "Firstly, we didn't want to glorify ourselves. It was not right as these girls were involved. Secondly, yeh aisi gandi mafia hai ki kabhi chodti nahi hai. Jitne low profile mein operation hone ki zarurat thi, waise hi hua. Hence, nobody even knew about this incident. Nobody – neither me or my mother-in-law or Naresh Goyal or Mumbai Police – decided to speak about it for the safety of the girls. Shetty ka baccha hoon yaar! We had support among our people too. Darr naam ki koi cheez nahi thi. My mother-in-law, however, had police protection." (You May Like: Aishwarya Rai Bachchan Modified Her Mangalsutra Worth 45 Lakhs Years After The Wedding, Here's Why!) However, the humble actor had again shown traits of a true human being, as he had credited his mother-in-law, Vipula Kadri majorly and every single person, who was part of their mission. He had stated, "My mother-in-law was the one who decided to take the risk of rescuing the girls and thereby getting into the bad books of the mafia. I used to passionately and closely work with her. And not just us, but the efforts of Mumbai Police and Naresh Goyal's Jet Airways all played a big role. My name, however, comes to the fore, possibly because I am an actor. So more than the others, the rescued girls tend to remember me more. Lekin mehnat bahut saare logon ki thi. Paiso se zyada humne jigar dikhaya ki in bachchiyon ki madat karenge aur itni bade mafia se takkar lenge." (Also Read: Ranbir And Rishi Kapoor Stare Blankly At Neetu Kapoor In This Rare Unseen Picture From A Hawan) 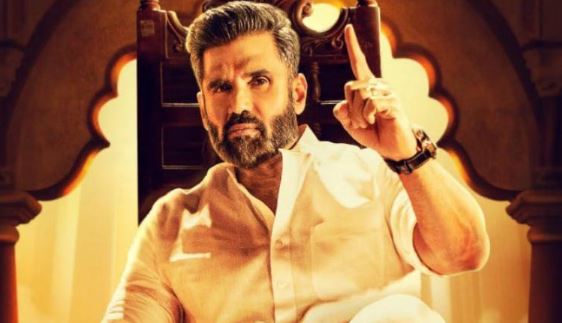 All we can say is that we need more people like Suniel Shetty in this world, who stand-up for others and never brag about it in public. We hope he continues to inspire us with his ideologies and works. We hope he has an electric 59th birthday with his family and friends. Share your experience about this untold story of Suniel Shetty's heroics with us!