On Vikram Sarabhai's 101st birth anniversary, we take a look back into his 20-year-long love affair with his wife, Mrinalini Sarabhai's friend, Kamla Chowdhry. Find out! In the year 1919, a boy took his first breath in the family of wealthy industrialists in Gujarat. While the astrologers were praising the palm lines of that little boy, addressing that they'll guide him to great feats, little did anyone know that the kid would rule the stars one day and his life story will be narrated to generations to come. The space genius, Vikram Sarabhai had completed his senior education from Gujarat College and had gone to Cambridge University to earn his Doctorate. It was his time in Cambridge when he had studied about cosmic rays and had decided to explore this area to its core. The genius had come back to India in 1947 and had founded The Physical Research Laboratory (PRL) in Ahmedabad. (Recommended Read: Dipika Kakar Ibrahim Hugs Hubby, Shoaib Ibrahim During A Video Shoot And It Left Him Speechless)

After which, he had only gone forward as soon he had opened Space Applications Centre in Ahmedabad and had also played a crucial role in the establishment of the Indian Space Research Organization (ISRO). For the uninitiated, Vikram Sarabhai was one of the leading names in developing nuclear power in India. In 1966, the physicist was honoured with the Padma Bhushan in 1972 with Padma Vibhushan. August 12, 2020, marks the 101st birth anniversary of one of the greatest names in the history of India, Vikram Ambalal Sarabhai. However, there's still one interesting chapter about this genius that is unknown to many people which is about his everlasting love with his wife, Mrinalini Sarabhai's friend, Kamla Chowdhry. Scroll down to take a deep dive into his beautiful cosmic love triangle! 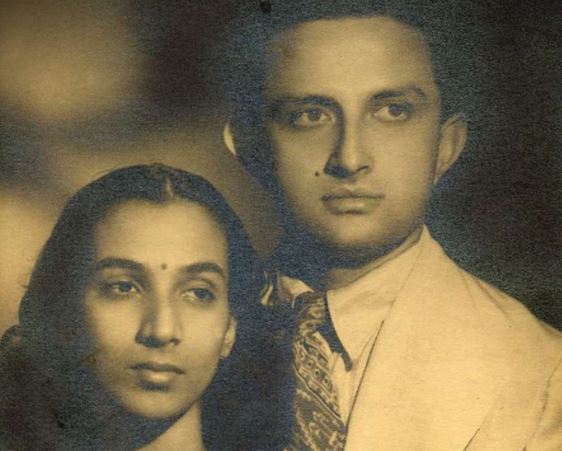 Before jumping straight into the love triangle, let's talk about his beautiful love story with his wife, Mrinalini Sarabhai. During his younger days, Vikram Sarabhai was travelling to Ooty from Ahmedabad because of some family work and had taken some rest in the home of Madras' Barrister of that time, Subbarama Swaminathan. That was the place where he had met Mrinalini for the first time and had fallen in love with her beauty. But that little moment couldn't be flourished at that time. Then the two had met for the second time after some years in 1941 in Ooty. While Vikram had come to spend his holidays with his family, Mrinalini was also there with her family. (Don't Miss: Happy Birthday Suniel Shetty: When 'Anna' Helped 128 Sex Workers And Didn't Even Tell His Family) 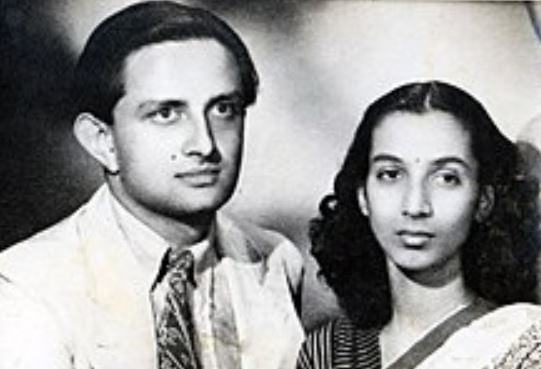 In her autobiography, Mrinalini Sarabhai: The voice of the heart, she had disclosed that she had fallen in love with Vikram at first sight. She had written:

"It was like some powerful Rajput has landed on a tennis court right in front of me. He was so handsome and good-looking."

The two had started talking, and soon Vikram had started visiting theatres to see her classical dance as she was a beautiful classical dancer. And in the year, 1942, Vikram and Mrinalini were tied in the nuptial knot of marriage forever. While Vikram was recognised as the space genius of India, Mrinalini was the dancing icon of India in Europe. Soon the couple had embraced parenthood with the birth of their son, Kartikeya and daughter, Mallika in the latter years. Everything was going smooth, and that's when both of them had experienced a cosmic quake. While Vikram was thrilled, it was a hard one for Mrinalini. 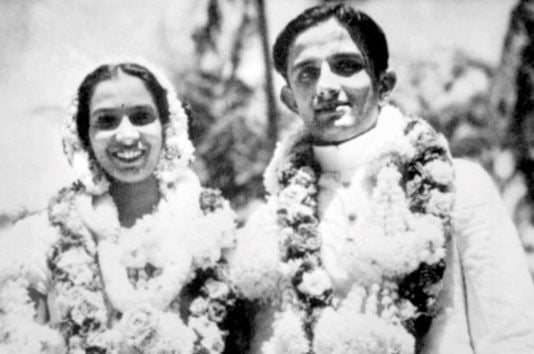 After a few years of marital bliss, one day Mrinalini was informed that one of her closest friends, Kamla Chowdhry's husband, who was an Imperial Civil Service officer, was shot dead by someone on the eve of Diwali. Hearing the news, Mrinalini had forced her friend to come to Ahmedabad for some time to get out of the trauma. After a lot of discussion with Mrinalini, Kamla had decided to be with her in her home for some time. At the same time, Vikram Sarabhai was extremely busy in opening India's first textile research institute. Mrinalini was helping her friend, Kamla to work in her husband's educational institutes. 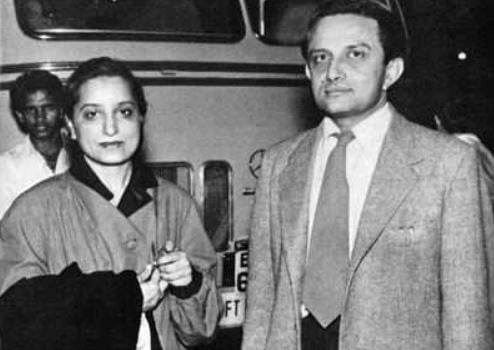 After constant pressure from his wife, Mrinalini, Vikram Sarabhai had asked Kamla to come to his office for the interview, and it was the day that had changed everything forever. The space genius was charmed with the beauty and intelligence of Kamla and had offered her a job in the textile institute. While on one side, Mrinalini was out of the country for her dancing tours in Europe, Vikram and Kamla were meeting almost every day at the institute. And the little spark between the two had transformed into a big flame that was burning the house of Vikram and Mrinalini. (You May Like:  Dharmendra's First Wife, Prakash Kaur Still Defends Him For Re-Marrying Hema Malini)

After realising this, Kamla had decided to leave the job at the textile institute and Ahmedabad too, forever. But Vikram had requested her tons of times to not leave the city at least. But when he saw all his efforts going in vain, he had decided to bring the second Indian Institute of Management in Ahmedabad. After many requests to then-Prime Minister, Pandit Jawaharlal Nehru, he had managed to bring IIM in the city and had appointed Kamla as the research director of the prestigious institute. After which, Kamla had cancelled her plan of going to Delhi and had stayed in Ahmedabad.

Kamla Chowdhry's nephew and popular psycho-analyst, Sudhir Kakar had mentioned the same in his book, A book of Memory. He had openly stated that his aunt, Kamla and Vikram Sarabhai had an affair that had lived till his last breath. The love that Vikram Sarabhai had in his heart for Kamla was so pure and passionate that he had brought IIM to Ahmedabad for the second time. Not just Sudhir but Vikram and Mrinalini's daughter, Mallika had also confirmed once in an interview that her father had an affair with Kamla Chowdhry.

After the demise of Vikram Sarabhai on December 30, 1970, Kamla had shifted to Delhi and had started working as a visiting faculty in prestigious institutes. Talking about the take of Mrinalini about this whole matter, the graceful dancer had revealed that she never hated her husband, Vikram Sarabhai and will love him till her last breath despite all the things that had happened. Also, she had stated that she had always wanted the world to remember him as a genius because he was one of the most intelligent and super-human she had met in her entire life. (Also Read: Disha Vakani To Dilip Joshi: Meet Real-Life Families Of The Cast Of 'Taarak Mehta Ka Ooltah Chashma') 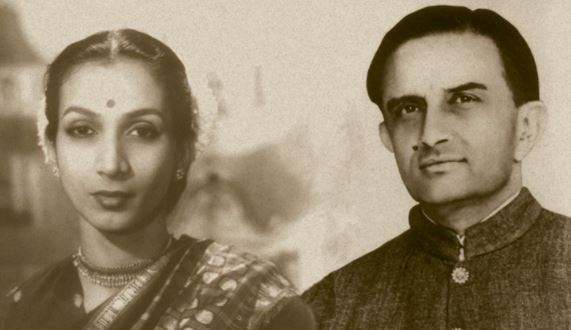 Here's wishing a happy 101st birth anniversary to the father of Indian space research, Vikram Sarabhai. Share your views on his cosmic love story with us!