Hansika Motwani's pre-wedding festivities kickstarted with an intimate 'mehendi' ceremony. Check out glimpses from the same!

Bollywood actress, Hansika Motwani is all set to tie the knot with her businessman boyfriend, Sohael Kathuria, and her pre-wedding festivities have begun. Reportedly, the couple will tie the knot on December 4, 2022, at the Mundota Palace in Jaipur, Rajasthan. Recently, we got hold of some pictures from her mehendi ceremony, which was an intimate affair attended by her close friends and family members.

On December 1, 2022, Hansika Motwani's pre-wedding festivities started with shagun ki mehendi. Glimpses from the same are all over the internet, and we are in awe of Hansika's bridal glow. For the ceremony, the actress opted for an orange-hued tie and dye sharara suit and completed her look with a pair of silver jhumkas. Ditching heavy jewellery or makeup, the bride-to-be looked ethereal in her simple yet elegant look.

Also Read: Shah Rukh Khan Seeks The Blessing Of Almighty As He Performs Umrah At The Holy City Of Mecca

Meanwhile, one of Hansika Motwani's fan pages also shared a video on Instagram, in which the bride-to-be was seen getting her mehendi done on her leg. Hansika was sitting next to her hubby-to-be, Sohael, and also showed a few dance steps to him upon his request. Sohael was also seen grooving with her, and at the end, the duo laughed as Hansika shook her head, as she didn't know more steps. Indeed, the video was too cute to be missed!

On December 1, 2022, Hansika Motwani jetted off to Jaipur along with her mother to enjoy her wedding festivities. The mother-daughter duo was spotted at the airport, and needless to say, Hansika's bridal glow was unmissable. The bride-to-be was seen dressed in a floral co-ord set paired with boots and a pair of sunglasses. She was beaming with happiness when the photographers congratulated her on her upcoming wedding.

Earlier, on November 22, 2022, Hansika Motwani's family hosted a Mata ki chowki to mark the beginning of a new phase of her life. For the event, the bride-to-be dressed up in a red-hued saree featuring mirror-work all over it. She paired her drape with a heavily-embellished sleeveless blouse and completed it with a polki choker, stud earrings and a maang teeka. On the other hand, her groom, Sohael complemented her in a matching red-coloured kurta-pyjama. 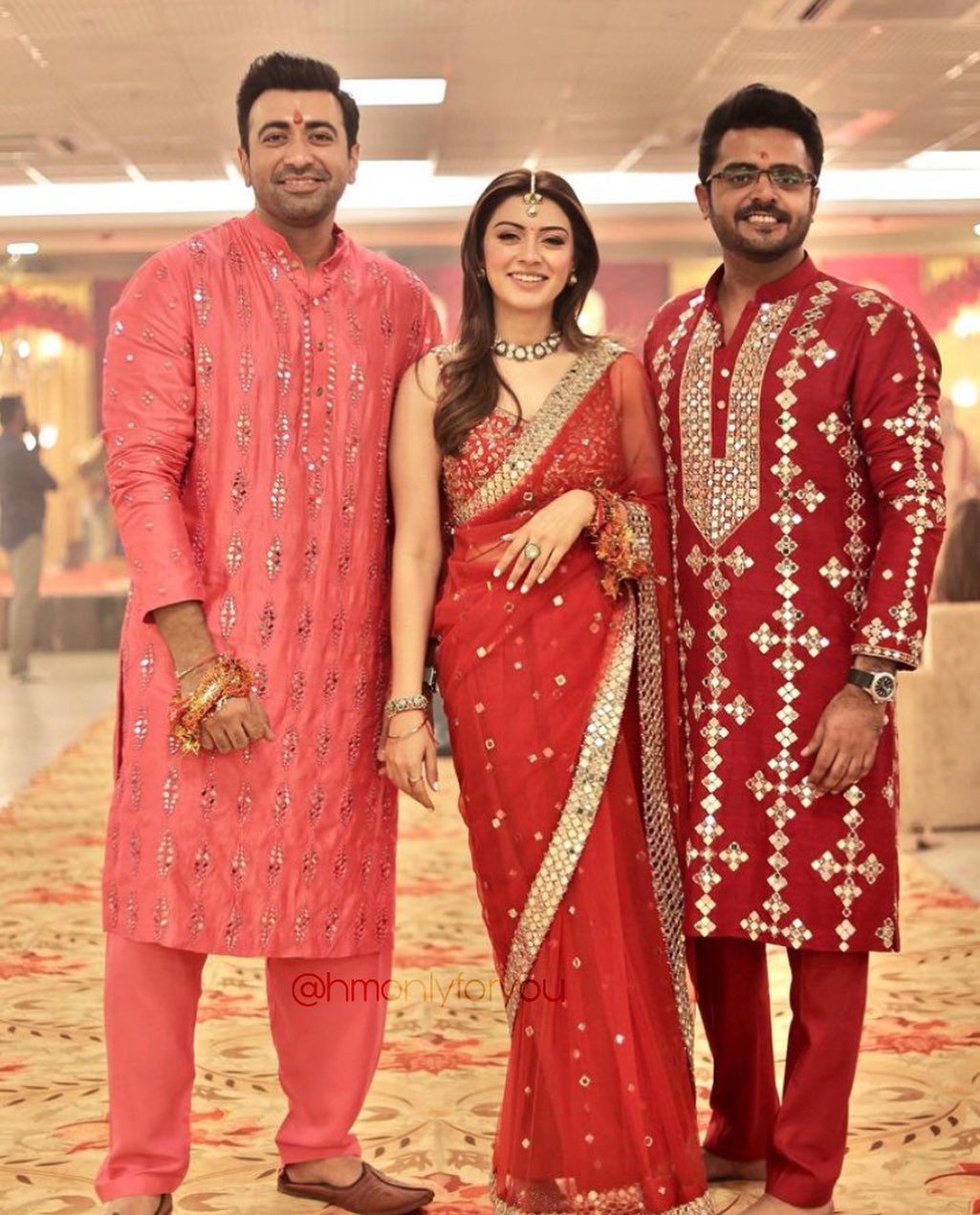 We can't wait to get more glimpses of Hansika's pre-wedding ceremony!

Next Read: Rubina Dilaik Finally Breaks Silence On Her Pregnancy Reports, Says 'I Take It With A Pinch Of Salt'