Hansika Motwani is back in Mumbai with her husband, Sohael Kathuria. The newly-married actress radiated the new bride glow!

Indian actress, Hansika Motwani and her husband, Sohael Kathuria are back in Mumbai after tying the knot in Jaipur, Rajasthan. The newly-married couple radiated glow as they arrived hand-in-hand. On December 4, 2022, Hansika and Sohael took saat pheras in the midst of their close family and friends. Hansika looked nothing less than a princess as she had made her grand entry at her wedding.

On December 6, 2022, Hansika and Sohael were clicked by the paparazzi. The actress looked pretty in a pink palazzo suit. Her look was accentuated with her bridal chooda, mangalsutra, and sindoor. On the other hand, her husband, Sohael looked handsome as he wore a peach-coloured kurta with mirror-embellishment. Hansika was seen blushing as she posed for the paps. 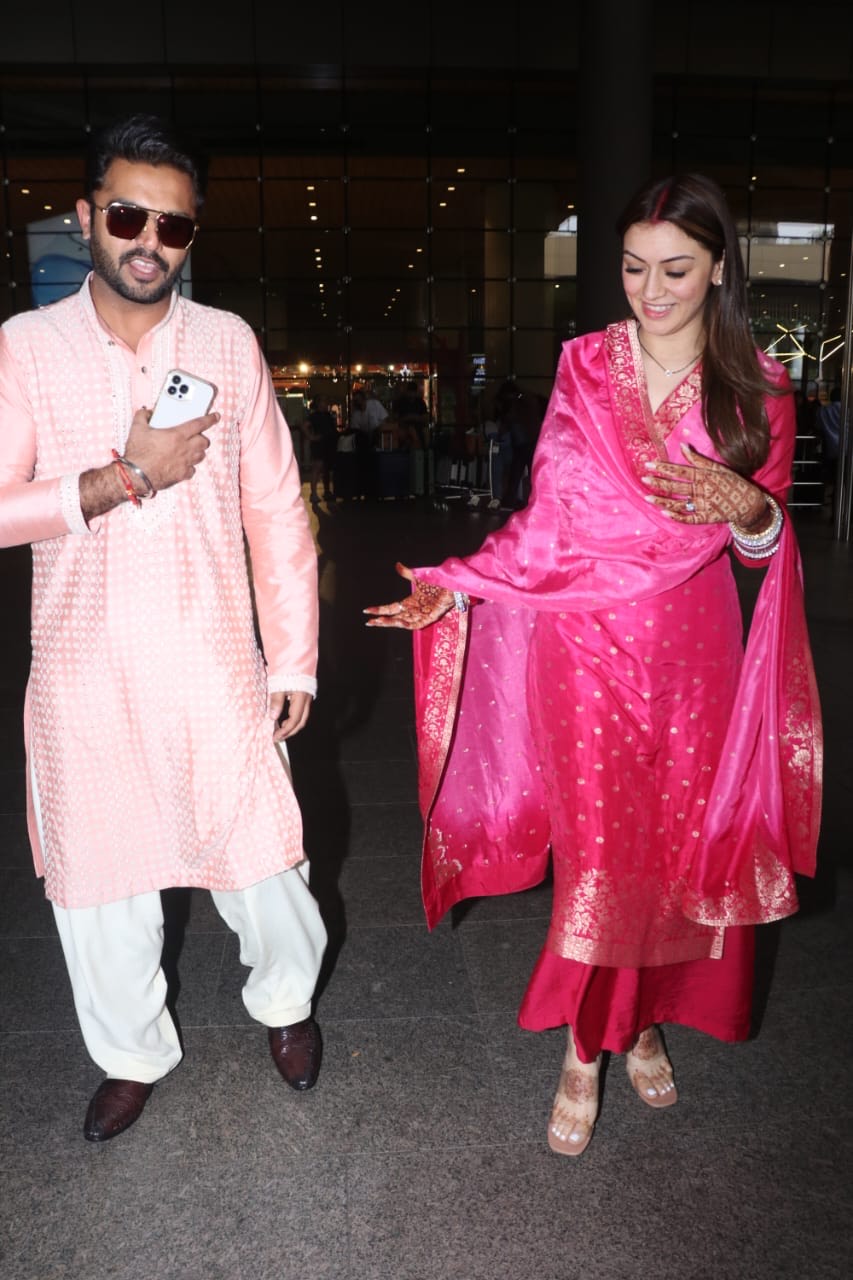 On December 5, 2022, Hansika posted the first picture after her wedding. In the photo, Hansika was Showing off her mehendi-clad hands. She also flaunted her huge diamond ring and chooda. Her nude-toned nails accentuated the beauty of her hands. Atop it, she tagged her husband, Sohail with a heart emoji. 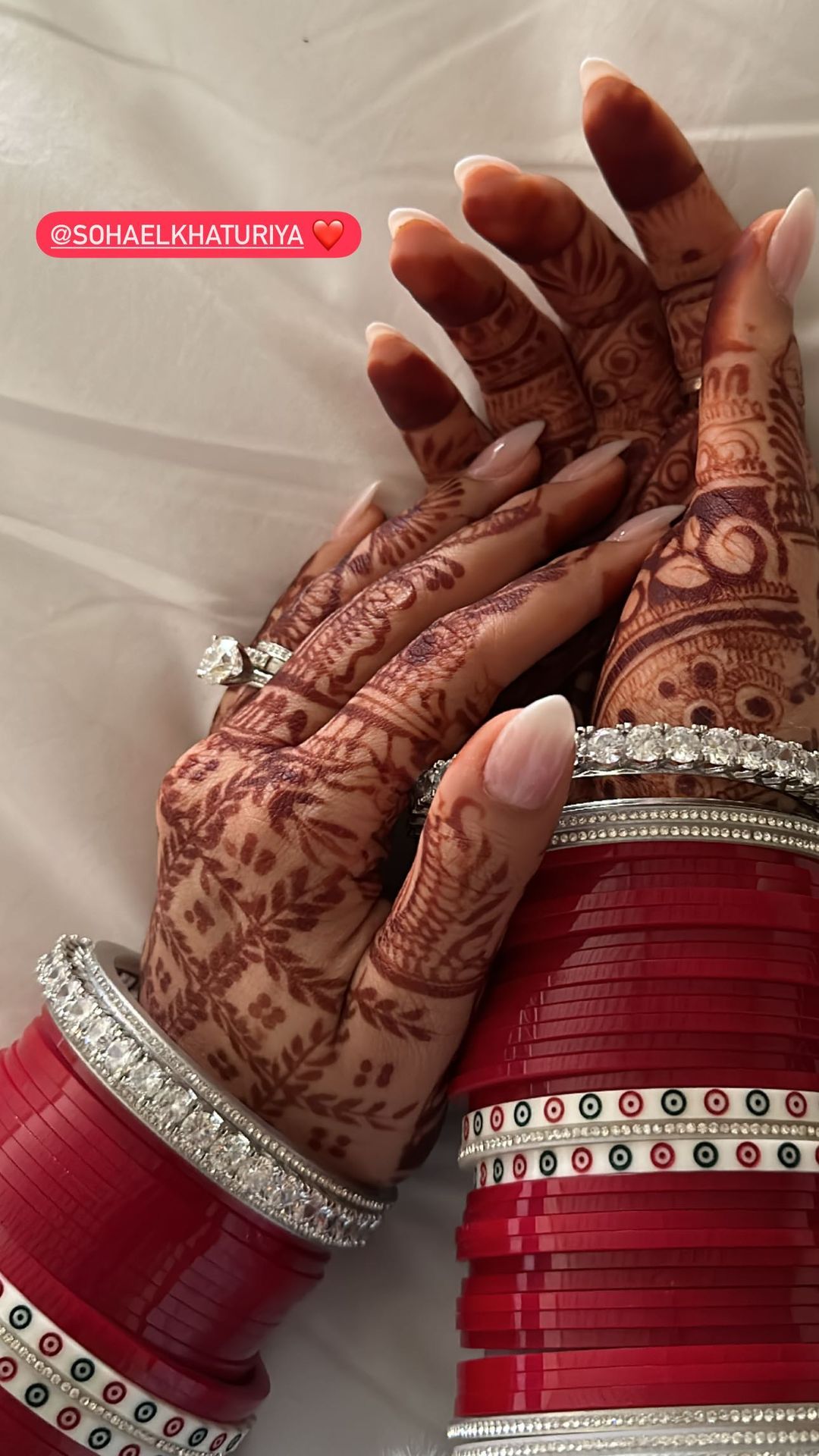 For those who don't know, it will be a delayed honeymoon for Hansika as she will be resuming her work soon!

Next Read: Hansika Motwani Had Worn Unique Peacock-Themed 'Kaleeras' For Her Wedding Day