Hansika Motwani And Fiance, Sohail Kathuria Papped At The Airport, She Flaunts Her Huge Diamond Ring

Hansika Motwani And her fiance, Sohail Kathuria were spotted at the Mumbai airport. Check out as she flaunts her huge engagement ring to the camera!

Popular actress, Hansika Motwani is on cloud nine as she is going to start her forever journey with her business partner, Sohail Kathuria. For the unversed, Hansika is all set to tie the knot with her fiance, Sohail in a royal wedding at the Mundota Fort and Palace in Jaipur, on December 4, 2022. Now that the actress got engaged, she couldn't stop gushing over her huge diamond ring.

On November 2, 2022, Hansika Motwani delighted her massive fanbase with glimpses of her dreamy proposal on her IG handle. In the pictures, the actress could be seen getting proposed to by her boyfriend, Sohail Kathuria, in front of the Eiffel Tower. In the pictures, Hansika looked gorgeous as ever in a white outfit and left her tresses open. She was beaming with happiness as Sohail popped the million-dollar question in the most romantic way possible. Alongside the pictures, she had penned:

Priyanka Chopra Is Quite Sentimental About Her Engagement Ring Worth Rs. 2 Crores, Calls It Stunning

A few moments back, Hansika Motwani was spotted at the Mumbai airport. For her airport look, the actress opted for a white co-ord set with grey prints all over it. She accessorised her look with a black handbag and a pair of sunglasses. Hansika was seen blushing when the paps congratulated her on her upcoming wedding, and she also flashed her huge diamond ring to the camera. Her happiness was clearly visible on her face, and she exuded radiance. 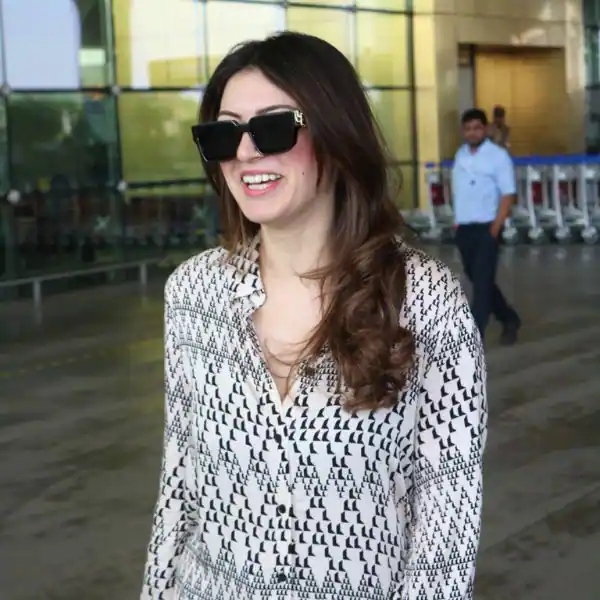 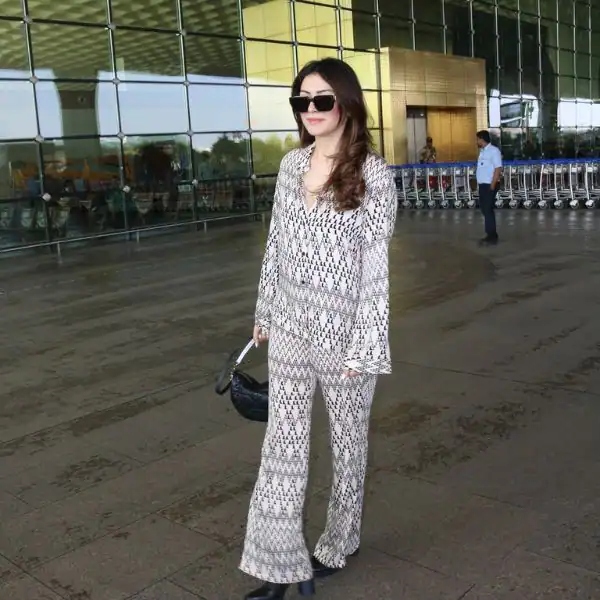 Soon after Hansika, the paps clicked her fiance, Sohail Kathuria, making an entrance to the airport. He looked dapper in a blue and white sweatshirt and blue jeans. Since this was the first time that the paps spotted the handsome hunk, they congratulated him as they clicked his pictures. Needless to say, Sohail is a real charmer, who stole Hansika's heart and proposed to her for marriage in the most romantic way in the city of love, Paris. According to multiple media reports, Hansika and Sohail's pre-wedding festivities will kick off on December 2, 2022, with a Sufi night and the following day the couple will have their mehendi and sangeet ceremonies. Later, on December 4, 2022, Hansika and Sohail's haldi will take place in the morning, and the couple will have the pheras in the evening. Following that, there will be a casino-themed after-party for their loved ones at night. 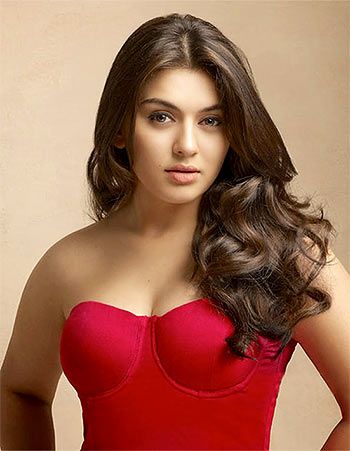 On the work front, Hansika was last seen in the film, Maha.