The recently held Gupta wedding in Auli spoke volumes of extravaganza and luxury. Almost the entire glamour world was present. But what was the aftermath of such a massive celebration? Find out! 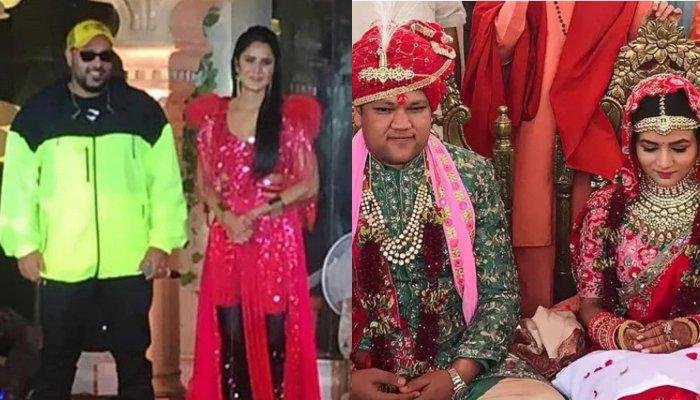 Weddings in India are treated like festivals and not just celebrations. You will find people saving and spending almost all of their life’s earnings on their ghar ki shaadi. Marrying off at a faraway land, wearing expensive designer couture, having a gazillion pre-wedding festivities and truckloads of fun, all these somewhat defines Indian weddings in a nutshell. And if we are dealing with big-shot or celebrity weddings in here, apart from all the description above, please do add a sprinkle of over 250 Bollywood celebs and a huge dollop of extravaganza to it! And what could be a better way of explaining the same to you than giving you all the inside information about what happened at the famous Gupta wedding. (Do Read: This Bride's Family Gave The Most Amazing Dowry Of 1000 Books Worth Rs. 1 Lakh To Groom)

A destination of about 10,000 feet above sea level. Check. Imported flowers from Switzerland. Check. An array of Bollywood and television celebrities performing at the wedding. Check. Big shots such as Uttarakhand Chief Minister and other politicians coming in to bless the 'just married' couple. Check. A dozen choppers always ready for the guests disposal standing at the backyard. Check. Also, add many other extravagant checks in your mind and lo! That was all which was required to explain the lavish Gupta wedding in Auli. But wait, there’s much more! 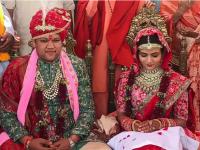 South Africa-based business tycoons, Ajay and Atul Gupta (they have their own set of controversies with the South-African government too), had gotten their two sons, Suryakant and Shashank married in a lavish wedding in Auli, Uttarakhand. The elder brother, Ajay Gupta’s son, Suryakant, got getting married to Kritika, who is the daughter of business magnate, Suresh Singhal. The younger brother, Atul Gupta’s son, Shashank tied the knot with a Dubai-based realtor, Vishal Jalan's daughter, Shivangi. The wedding celebrations of Suryakant and Kritika had taken place from June 18-20, 2019 and Shashank and Shivangi got married on June 22, 2019, the pre-wedding festivities of which had begun from June 20.

While that was all about the function, it was a wedding that most localites from Auli had never witnessed. And soon enough, a wide array of glamour world celebrities started pouring in. Stars like Katrina Kaif, Kailash Kher, Badshah, Sidharth Malhotra, Abhijeet Sawant, Kanika Kapoor, Javed Ali, Urvashi Rautela, Nora Fatehi, Sidharth Malhotra, Roshni Chopra, Karanvir Bohra, Husein Kuwajerwala, Urvashi Rautela and Surbhi Jyoti had set the stage and pre-wedding functions on fire. Apart from people belonging to the glamour world, high-profile guests such as Yoga guru Ramdev Baba, spiritual guru Swami Chidananda Saraswati, and politicians like Uttarakhand’s Chief Minister (CM) Trivendra Singh Rawat and state BJP president and Nainital MP Ajay Bhatt had graced the occasion with their presence. (Must Read: This Real Bride Ditched The Regular Heels And Opted For Customised Sneakers Matching Her Lehenga)

The entire wedding preparations were managed by event group, Katalyst Entertainment, whose MD revealed about the wedding, "It’s just never been done before, on this scale in India on such a high altitude. Thankfully, we’ve managed to pull it off, in a wonderful way." Another source associated with the high-profile wedding shared, “The location, altitude, approach and logistics, all posed numerous challenges for us. It was a task to persuade artists to make the journey from different parts of the country. Just think of it, it takes 20 hours by road from Delhi, or flight to Dehradun, Uttarakhand from elsewhere and followed by 14 hours to Auli by road to Joshimath, or 45 mins to an hour by chopper.”

While the wedding was happily carried off, it was the impact of the high-profile wedding on a clean city like Auli which has triggered environmentalists and localites. As per reports, over 4000 kg of waste has been left over from the Gupta wedding. The supervisor of area Municipal Corporation, Anil, along with a team of 20 has been assigned the task of cleaning the magnum waste. About the same, a waste management team had shared, "The wedding has created a waste problem in the hill station. The garbage has surpassed 40 quintals.” A resident of Auli shared, “Plastic packets and bottles are lying everywhere. Our cows go for grazing in the area daily. What if they consume plastic? Who would take the responsibility? The situation here is really pathetic.”

Uttarakhand: Work underway by Municipal Corporation to clean up the garbage and waste left behind in Auli after the marriage of members of the Gupta family of South Africa, at the hill station held between 18 to 22 June. pic.twitter.com/lsIEnaOLqY — ANI (@ANI) June 23, 2019

Joshimath in Auli, where the wedding was held, had left the venue with an environment massacre. It was shared, “Usually, dry and wet waste collected daily from all of Joshimath amounts to 20 quintals. Since the wedding, it’s crossed 40 quintals daily. Most of it is from the wedding venue. Usually, only four workers are needed across Auli as it’s not very populated and doesn’t get so many tourists.” A PIL (Public Investigative Litigation was also filed citing environmental hazards that were caused due to the high profile wedding.

As per the latest update, Joshimath’s Municipality President, Shailendra Panwar has confirmed that the Guptas’ have already deposited Rs 54,000 to clear off the garbage. They have also agreed to look upon the cost incurred for future waste deposits. Shailendra was quoted as saying to the ANI, "The Gupta family had deposited Rs 54,000 as user charge. Over 150 quintal waste has been cleaned up till now. After the cleaning work is complete the total bill of all the expenses, including manual labour and vehicles, will be sent to them. The family has agreed to pay the entire bill and also provide a vehicle to the Municipality.” (Also Read: Bride Recreated Sonam K Ahuja And Deepika Padukone's Wedding Look For Her Own, Looked Stunning)

Guys, what’s your take on the high-profile Gupta wedding and waste management? Keep us posted!