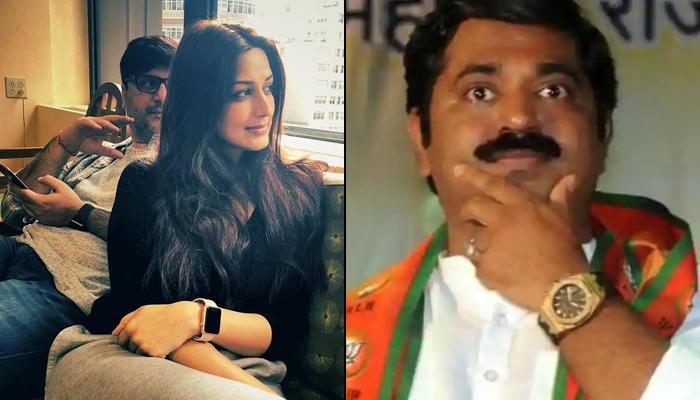 Social media has its own pros and cons, especially for a celebrity. Where your voice is heard, and the common man's woes get a platform to be vented out, can be taken as an advantage, it is a disadvantage too, courtesy the trolls and rumours. Maharashtra BJP leader and MLA spokesperson, Ram Kadam, who has been under the fire for his controversial "will kidnap girl" remarks, was caught on the wrong foot again! (Also Read: Sussanne Khan Makes A Heartfelt Promise To Stand By BFF Sonali Bendre And Her Gang Of Girls Forever)

On September 7, 2018, Ram Kadam tweeted on his Twitter account that Bollywood diva, Sonali Bendre has passed away and he paid condolences to her through his tweet, only to abjure it after realising that the news was nothing but a hoax. After he was massively trolled and backlashed for believing in such baseless rumours, he deleted it. Here’s the screenshot of what Ram Kadam had tweeted in Marathi: 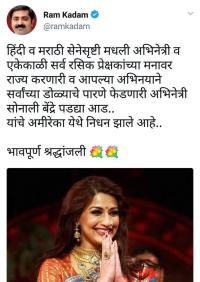 He then tweeted an apology, “About Sonali Bendre ji. It was rumour. Since last two days... I pray to God for her good health & speedy recovery.”

However, this apology didn’t seem to go well with Sonali’s husband, Goldie Behl and he took to the micro-blogging site and urged people to not spread such baseless rumours. Asking them to be more responsible, the London, Paris, New York producer tweeted today, i.e. on September 8, 2018, “I appeal to all to please use social media more responsibly. Let us not believe in rumours and spread them, unnecessarily hurting the sentiments of those involved. Thank you.” (Also Read: Sonali Bendre, After Sharing Her New Look In A Wig, Confidently Flaunts Her Bald Look With A Smile)

The Kal Ho Na Ho actress, Sonali Bendre is currently undergoing her cancer treatment in New York. Sharing an update about her health, Goldie earlier tweeted, “Thank you all for the love and support for Sonali... she is stable and is following her treatment without any complications. This is a long journey but we have begun positively.”

Ever since she has gone to New York for her treatment, Sonali’s ‘girl gang’, Sussanne Khan and Gayatri Oberoi make sure they frequently visit their friend to encourage her to the fullest. On September 8, 2018, Sussanne post the picture of the ‘girl gang’ with a heart-warming caption. Interior and fashion designer, Sussanne wrote, “This is Us.... Fight for you, Respect you, Include you, Encourage you, Need you, Deserve you, Stand by you. #myheartmonsters #adayinthepark #surfon #summeroflove2018.” Here’s the picture that she shared: 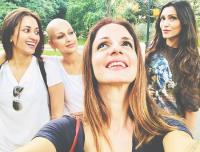 And not just her friends, but Sonali and Goldie’s son, Ranveer Behl too has proved to be a pillar of strength for his mother. Sharing the same in a post, the Hum Saath Saath Hain actress wrote, “From the moment he was born 12 years, 11 months and 8 days ago, my amazing @rockbehl took ownership of my heart. From then on, his happiness and well-being have been the centre of anything @goldiebehl and I ever did. And so, when the Big C reared its ugly head, our biggest dilemma was what and how we were going to tell him.” (Also Read: Unseen Pictures Of Sonali Bendre With Her Besties, Sussanne Khan And Gayatri Oberoi) 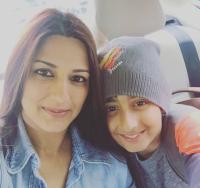 Sonali’s caption could be further read as, “As much as we wanted to protect him, we knew it was important to tell him the full facts. We’ve always been open and honest with him and this time it wasn’t going to be different. He took the news so maturely… and instantly became a source of strength and positivity for me. In some situations now, he even reverses roles and takes on being the parent, reminding me of things I need to do! I believe that it’s imperative to keep kids involved in a situation like this.” 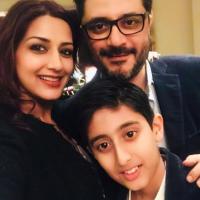 She concluded it with, "They are a lot more resilient than we give them credit for. It’s important to spend time with them and include them, rather than make them wait on the side-lines, not being told yet instinctively knowing everything. In our effort to protect them from the pain and realities of life, we might end up doing the opposite. I’m spending time with Ranveer right now, while he’s on summer vacation. His madness and shenanigans help me #SwitchOnTheSunshine. And today, we derive strength from each other #OneDayAtATime”. (Also Read: Sonali Bendre's Son Ranveer Behl Thanks Everyone For Their Support With A Heartwarming Post) 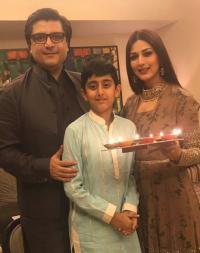 We wish Sonali Bendre a speedy recovery and can’t wait to have her back in the country!