Kapil Sharma is celebrating his 37th birthday today on April 02, 2019. During his birthday celebrations last night, his wife, Ginni Chatrath was seen dancing with her mother-in-law. Videos inside! 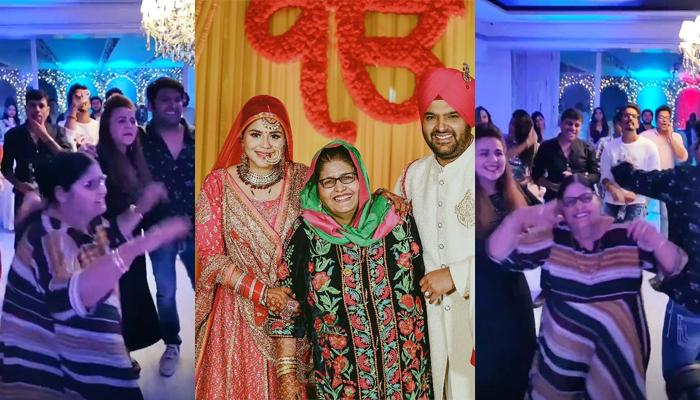 Kapil Sharma is a household name today and he is one of the most popular entertainers currently on the Indian television. Who would have thought that a simple young man hailing from humble beginnings from Amritsar, who was once rejected in the Great Indian Laughter Challenge, would one day become India’s most famous comedian? In 2016, Forbes had ranked Kapil 11th among the 100 Indian Celebrities List. Kapil Sharma has seen many ups and downs in his life, both before and after getting the fame, name and money. But today, he is a happily married man running his show, The Kapil Sharma Show. (You May Like: Hina Khan Takes Her Family On Vacation To The Maldives, Her Mom Swimming Like A Mermaid Is Inspiring)

Kapil Sharma recently got married to Ginni Chatrath on December 12, 2018, in Jalandhar, Punjab. The two had a Sikh wedding, and following the Anand Karaj rituals, Kapil and Ginni were pronounced husband and wife. Reasoning out why it took Kapil so long to get married (he is 37), the ace-comedian himself had told IANS before his wedding, “My mother has been saying that I should get married for a long time. Suddenly I realised that ‘abhi age ho rahi hai’ (I am getting on in age). So, I thought what if she says ‘no’ and after one or two years, no one agrees to get married to me.”

And guess what? Kapil Sharma is celebrating his 37th birthday today on April 02, 2019! Kapil Sharma’s rocking 37th birthday celebrations began last night. The Firangi actor himself has posted snaps and videos on his Instagram stories wherein we can see famous singers like Mika Singh and Richa Sharma singing duets, and ace-musician, Raghav Sachar playing various instruments. Kapil Sharma himself jammed with the musicians and can be seen on the drums. Celebrities like Bharti Singh, Kiku Shardda, among others were also present. One of the most adorable moments from last night was when Kapil Sharma’s wife, Ginni Chahtrath danced with her saasu-ma, Janak Rani. Take a look at the video: 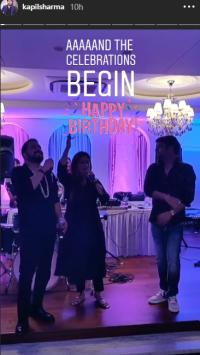 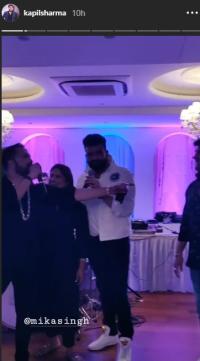 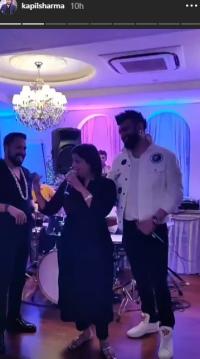 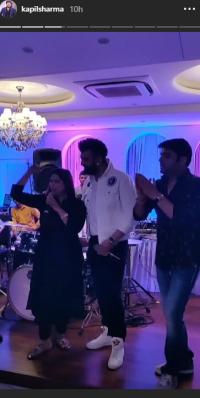 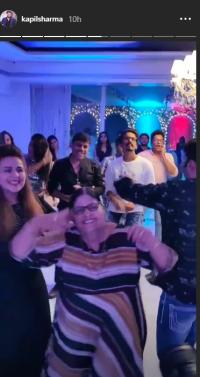 Isn’t this adorable beyond words, Ginni Chatrath dancing with her mother-in-law? Ginni Chatrath is extremely close to her mom-in-law and on January 13, 2019, she had shared an adorable birthday wish for her saasu-ma. Ginni captioned it as, “Happy birthday mumy V luv u sooo much...Stay Happy n Healthy always @kapilsharma.” Checkout the birthday wish below:

Talking about his wedding, Kapil Sharma had recently shared with a media portal, “We wanted to keep it low key. But Ginni is the only daughter in her family. Her folks wanted the wedding to be on a lavish scale. And I completely understand their sentiments. My mother also wants the wedding to be lavish. My mother has been saying that I should get married for a long time. Suddenly I realised that ‘abhi age ho rahi hai’ (I am getting on in age). So, I thought what if she says ‘no’ and after one or two years, no one agrees to get married to me.” (Also Read: Sara Ali Khan Mercilessly Trolled By Twitteratis For Calling Shah Rukh Khan 'Uncle', Video Inside) 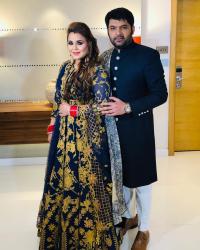 Kapil Sharma and Ginni Chatrath had shared their love story before their wedding. Do you know that Ginni’s father had once rejected Kapil when the latter’s mother had taken the marriage proposal to their house? Sharing the incident, Kapil had revealed, “When I started earning well, my mother took my marriage proposal to her family, which got rejected. Inke papaji ne bade pyaar se bola, ‘Shut up’ (laughs!). Thereafter, I got busy with work, while she pursued MBA in finance. I guess, she kept studying to avoid marriage proposals. At that time, I was settled in Mumbai, and so much was happening in my life. I then realised ki itna kuchh hua hai, but isne kabhi mujhe disturb nahi kiya. Itna patience kisi mein nahi dekha maine. Jab ye sab gadbad chal rahi thi, that’s when I decided that it was the right time to marry. It was my decision, because ye toh padhai kare hi jaa rahi thi (laughs!). So, on December 24, 2016, I called and told Ginni that I wanted to marry her. My mother has always been fond of her.”

Kapil Sharma had shared a lot about his lady-love, Ginni Chatrath in the same interview. He was quoted as saying, “I have known her for 10 years since my college days in Jalandhar. I used to go to her college to do stand-up comedy. I fell in love with her first, then my mother fell in love with her and that's when I felt I should make it official. She not only completes me but is my better half.” (Suggested Read: Sara Ali Khan Is Thankful To Stepmom, Kareena Kapoor Khan For Keeping Abba, Saif Ali Khan Happy)