Indian cricketer, Harbhajan Singh and his wife, Geeta Basra, were spotted in the city with their daughter, Hinaya. Geeta, who is second-time pregnant, was seen donning a gorgeous bodycon dress and radiated her pregnancy glow. The actress is making most of her nine-month journey. The gorgeousness has been giving us pregnancy goals.

For those who don't know, Geeta Basra and Harbhajan Singh had tied the knot after dating for ten years in 2015 at a Gurudwara in Jalandhar, Punjab. And it was in the year 2016 when they had welcomed their little princess, Hinaya, to their world. The couple often shares snippets of their happily ever after on their Instagram handles. On June 24, 2021, Geeta Basra was spotted in the city with Harbhajan Singh and her daughter, Hinaya. The gorgeous mother looked pretty in a grey-coloured bodycon dress, which she completed with white kicks. Her baby bump was clearly visible, and she looked super pretty. Check it out:

On June 14, 2021, Geeta had taken to her Instagram handle and had shared pictures of her surprise baby shower bash. Geeta had looked pretty in an off-shoulder blue-coloured dress with ruffles on the hem. In one of the pictures, she looked adorable, posing with a cute balloon backdrop that states 'baby'. 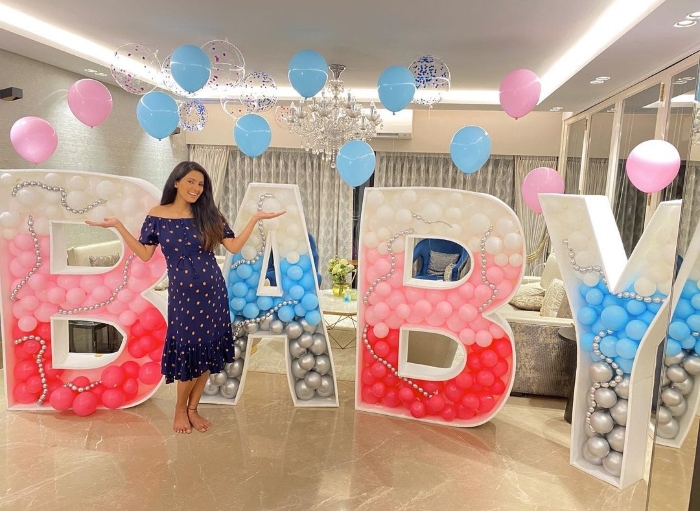 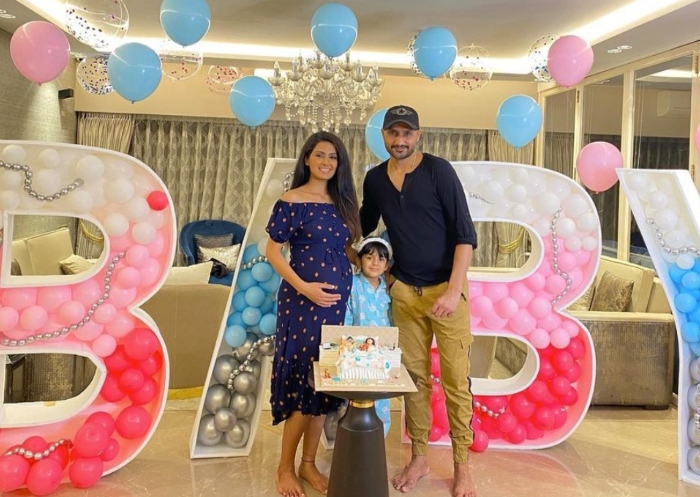 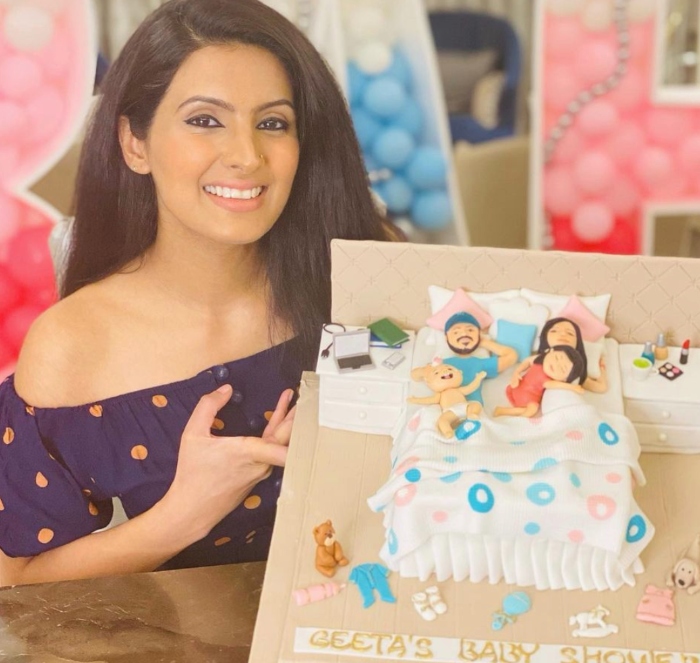 Alongside the picture, Geeta had revealed how her girls gave her the best baby shower bash in the caption, "My girls are the best! What a beautiful and sweetest virtual baby shower surprise! Don’t know what I would do without you all but you all made me feel so special and cheered me up.. during such times it’s when you miss each other the most of not being able to celebrate such moments together and so many special celebrations missed out on.. but you girls really outdid yourselves! All sitting across different parts of the world thank God for digital platforms that keep us connected! Thank you my loves and I’m so blessed to have you in my life!" 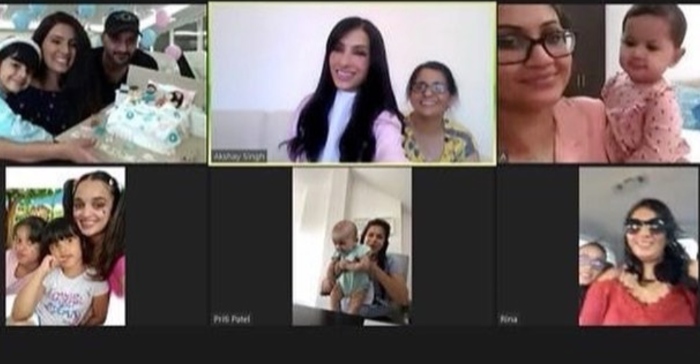 Geeta had expressed her gratitude to the digital era, which connected with her friends sitting across different parts of the world. She had concluded her note, "All sitting across different parts of the world thank God for digital platforms that keep us connected! Thank you, my loves and I’m so blessed to have you in my life! And hubby @harbhajan3 well done on being such a good accomplice!"