15 Years Younger To Him, Is 'Saraswatichandra' Fame Gautam Rode Getting Married To This TV Actress?

15 Years Younger To Him, Is 'Saraswatichandra' Fame Gautam Rode Getting Married To This TV Actress? 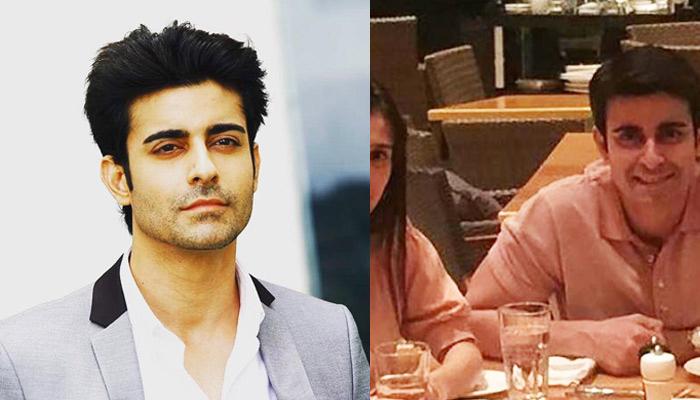 He is dashing, he is super-talented, and he is one of the fittest actors that the television fraternity boasts of. We are talking about none other than, Saraswatichandra fame actor Gautam Rode. This guy has a certain charm that has made many girls fall for him instantly when he appeared as a lead on the show.

Recommended Read: Himesh Reshammiya And His Wife Komal Get Officially Divorced After 22 Years Of Togetherness

But girls, hold on, this 39-year-old actor is probably taken so much so that he is all set to tie the knot anytime soon.

Yes, you read that right! It seems that Gautam is in love with Pankhuri Awasthy, who is a budding actress and is best known for her role in Razia Sultan, though she made her debut as Seher in MTV Fanaah Season 2. She is currently the lead actress of Kya Qusoor Hai Amala Ka?, which is being aired on Star Plus. The two have been dating each other for quite some time now and wedding is on the cards.

You May Also Like: Good News For Kritika Kamra Fans, She Is In Love Again

As per a report by Spotboye.com:

“Gautam met the 20-something for the first time on the sets of Suryaputra Karn, the mythological show which aired on Sony in 2015-2016.While they have made all the efforts to keep their love under wraps, there will be a baraat on Pankhuri’s doorstep soon as Gautam Rode has proposed marriage to the lovely lady now. Pankhuri met Gautam’s mom and the she gave her blessings to the relationship.”

The source of the portal further went on to say:

“Couple have already started planning the nuptials and Pankhuri spends all her time on the phone, chatting to Gautam about their dream wedding.”

In fact, as per their report, the actress has also shifted to an apartment in Charkop that is close to her would-be hubby. But when the entertainment tabloid contacted the actress, she refuted these rumours wrote back saying, “Not True.”

"No…I am not…This is not the right time to talk about it. When there is something that can be spoken about, I will definitely come out. Right now, there is nothing. And all that is…what can you comment on it."

It’s not the first time that Gautam has been linked to someone. Earlier when his on-screen chemistry with Jennifer was applauded by the audience, he was linked to her as well. Nonetheless, this time maybe the rumours are true as it is said “there is no smoke without fire.”

All in all, we just have to wait for the confirmation and official announcement by Gautam’s end. Till then, all of you can stay in touch with us right here for the latest updates related to this cutesy couple (if they are one)!