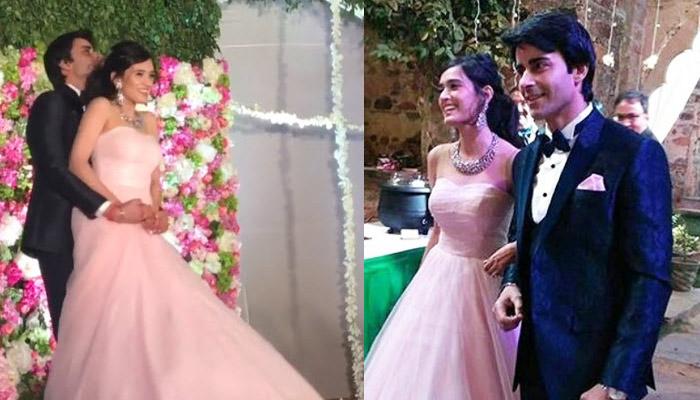 One of the most eligible bachelors from the television land is all set to be taken soon. The mention is of none other than one and only Suryaputra Karn fame actor Gautam Rode. The lucky girl is none other than his co-star from the show, Pankhuri Awasthy. The rumours of the two dating have been doing the rounds for quite some time. As it is said, there is no smoke without fire, the lovebirds are taking their relationship to next level.

Revealing their marriage plans and related things, a famous online portal Bollywoodlife quoted a source as saying, “TV hunk Gautam Rode is getting married to his girlfriend Pankhuri Awasthy on Feb 4 and 5 and the wedding preparations are on in full swing. The wedding will happen in Delhi which is the hometown of Gautam and Pankhuri.” 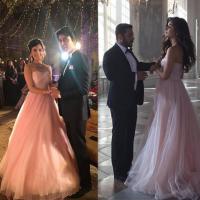 On their sangeet night, the lovebirds did something really interesting. Well, the two recreated a dreamy look of a song named, Dil Diyaan Gallan from Salman Khan’s latest movie Tiger Zinda Hai. That’s right! The bride and the groom chose the same designer named, Ashely Rebello, who put together Salman and Katrina’s look for the song. This is really a lovely ode to Salman and Katrina and they would love if they come across these pics. The cuties performed so well on the song. Here’s the video of the two, take a look:

Coming back to the wedding, it is going to take place today on February 5 at one of the spectacular fort palaces in Alwar town. The picturesque Tijara Fort Palace has been decked up for the venue. One of the new heritage hotels, it offers sweeping views of the mountains, fields and Jain Temples in the area. Initially the two always maintained a no stance as and when their relationship was talked about. In an interview with Indian Express earlier, when Pankhuri was asked about the same, she said, “I don’t want to comment on this now. I will talk about it when the time is right. I don’t think this is the right time to comment about it.” After that, Gautam and Pankhuri got engaged in a secret ceremony around Diwali 2017. Talking about the same, Gautam revealed this to Indian Express and equipped, “Yes, Pankhuri and I got recently engaged. It happened during Diwali days. We both are very happy.” 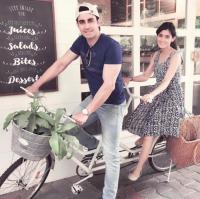 Well, Gautam and Pankhuri, you two make an amazing couple together. We can’t wait to see you on your wedding avatars soon.