The wedding season is back with a bang and our celebrities are totally soaking into the celebratory mood. While a lot of Bollywood and TV stars have already taken the plunge, many others are all set to do so just before the end of this year.

Well, the very next one in line to do so is famous television actor Gaurav Khanna and Swaragini fame Akanksha Chamola.

Recommended Read: 'Tashan-E-Ishq' Fame Shritama Mukherjee Is In Love With This Handsome Guy

The two will have three-day long wedding celebrations in Gaurav’s hometown, i.e., Kanpur. They will have an engagement ceremony on November 23, followed by the wedding on November 24.

Post their wedding, a Mata Ki Chowki is scheduled for November 25. It is expected to be a lavish affair.

Gaurav and Akanksha have been together for quite a long time and how they fell in love with each other is quite an interesting story.

The two met each other for the first time for an audition. Even though Akanksha found Gaurav’s face to be a familiar one, she couldn’t recognise him. Thinking that he was a newcomer, she started giving him some tips on acting as well as on how the industry works.

Gaurav too enjoyed the entire conversation and revealed his identity a little later, which left the lady embarrassed.

Giving all the details of their love story, Gaurav told in an interview to the Times of India:

“We both had gone to audition for roles in a TV show and we just got talking. She began to give me tips about how to give my audition. Apparently she didn't watch much TV so she didn't know that I was an actor. She explained to me the working of the TV industry. Although she found my face familiar but couldn't place me. I too played along since I was enjoying the conversation. After listening to her gyaan for a good hour or so, I finally told her that I had worked in more than 15 serials. She was very embarrassed, but then we laughed it off. In fact, I think that's how we hit it off.”

Well, love happened soon after this incident and the two even decided to take their relationship to the next level.

“Later, both of us decided to get married and spoke to our parents. I introduced Akanksha to my parents and they loved her. Then our parents met each other and the wedding was finalised.”

Gaurav also mentioned in the same interview that it was Akanksha’s innocence that made him fall for her instantly. He added:

A really cute love story of an even cuter couple, isn’t it?

Congratulations to the soon-to-be married lovebirds, Gaurav Khanna and Akanksha Chamola. Just stay tuned with us for all the updates related to their wedding. 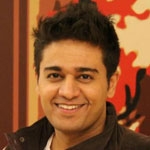 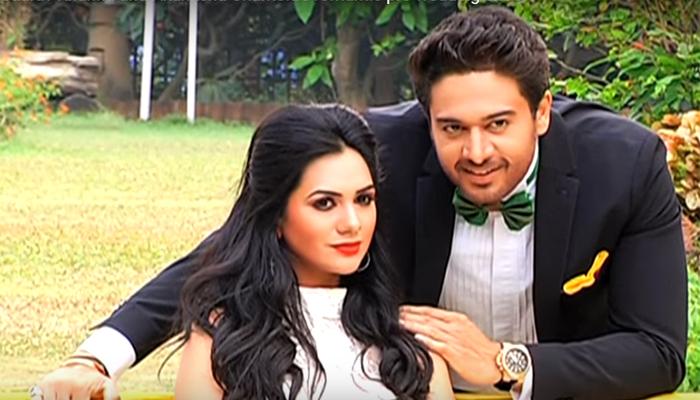 One of the most loved Indian television actors, Gaurav Khanna is all set to lose his title of being the “most eligible bachelor” today (November 24). The actor will be taking the plunge with ColorsTV’s Swaragini fame actress Akanksha Chamola, in his hometown Kanpur. The wedding celebrations have already begun for