Zaid Darbar's Holiday Pictures With 'Humsafar', Gauahar Khan Ahead Of Their Wedding Are Couple Goals

Zaid Darbar's Holiday Pictures With 'Humsafar', Gauahar Khan Ahead Of Their Wedding Are Couple Goals

Gauahar Khan and Zaid Darbar have jetted off to Dubai post their engagement. Zaid shared adorable pictures from their getaway and we couldn't stop drooling over their cuteness.

The year had begun with a global pandemic and amidst this, we wished for some good news and our B-town celebs hadn't let us down. From Kareena Kapoor Khan and Saif Ali Khan announcing their second pregnancy to the recent weddings of Neha Kakkar- Rohanpreet Singh and Kajal Aggarwal-Gautam Kitchlu, the glamour world is showering happiness with their good news. And the latest ones to join the bandwagon of soon-to-be-married couples are Gauahar Khan and Zaid Darbar. It was in August 2020 when actress, Gauahar Khan, whose relationship with music composer, Ismail Darbar’s son, Zaid Darbar had started hitting the headlines and in November 2020, the two had announced their engagement and had made their relationship official. (Also Read: Sara Ali Khan's Reaction To Her Brother, Ibrahim Ali Khan Being A Mamma's Boy Is Every Sister Ever!)

And since then, the two have been giving glimpses of their adorable bond with their cutesy pictures and videos via their respective social media handles. On November 9, 2020, Gauahar had taken to her IG handle and had shared adorable pictures with Zaid. The duo had looked like a match-made-in-heaven. Along with the pictures, Gauahar had wished her fans for Diwali on her and Zaid’s behalf and had written, “Mere tumhare sab ke liye happppppy Diwali!!!!! From US to alllllll of you! @zaid_darbar. This is my fave Diwali Bollywood song, which ones yours???? #gaza #HappyDiwali #BeSafe #Spreadlove.” Gauahar Khan and Zaid Darbar have jetted off to Dubai for a vacation ahead of their wedding and are spending quality time with one another. Zaid took to his IG handle and shared lovely pictures from their Dubai getaway. Dressed in yellow pants and black top, Gauahar looked pretty and her fiancé, Zaid complemented her perfectly by donning an olive-green t-shirt with denims. Zaid captioned the pictures as “Hi Dubai.... I’m back, but this time with my Humsafar @gauaharkhan #Gaza.” On November 5, 2020, Gauahar had confirmed her relationship status with Zaid Darbar. She had taken to her Instagram handle and had shared a mushy picture with her beau, Zaid. In the picture, we could see the duo posing with 'she said yes' balloons. The two were dressed in ethnic ensembles and were looking super cute together. Alongside it, Gauahar had tagged Zaid and had added a ring and a heart emoji. Zaid had shared the same post and on it, Gauahar's sister, Nigaar had commented, "Masha Allah my jaanejigars... may Allah shower all his blessings upon you both always ameen." (Also Read: Arjun Kapoor Flirts With Lady Love, Malaika Arora, Shares A Photo As the Couple Enjoys In Dharmshala) A few weeks ago, Gauahar's beau, Zaid had celebrated his 24th birthday, and the actress made sure to make his day super special. She had twinned with Zaid in a white ensemble, and they were looking super cute. Gauahar had shared a series of pictures with Zaid with a golden and white-coloured balloons in the backdrop. Along with it, Gauahar had penned a heartfelt note for Zaid, which could be read as “From being the most Amazing (also HOT) human, to being the reason to me smiling from ear to ear, to moments of me wanting to strangle you (when u trouble me), being goofy comes easy when I’m with u,to ur caring side settling my hair b4 we click picks, it’s only n only makes you the Bestest! I pray for u from the bottom of my heart, Birthday Boy, Zaid! @zaid_darbar you are a blessing n may ur life be filled with all the happiness, health, wealth n success! Ameen! have the most amazing year ahead Zeddy!” 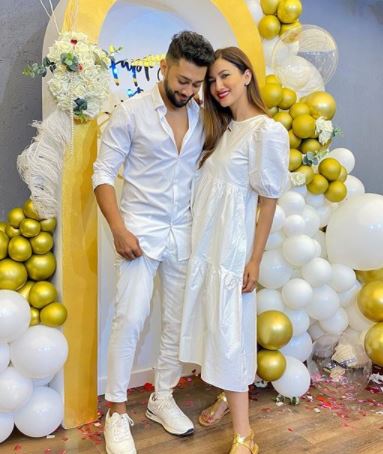 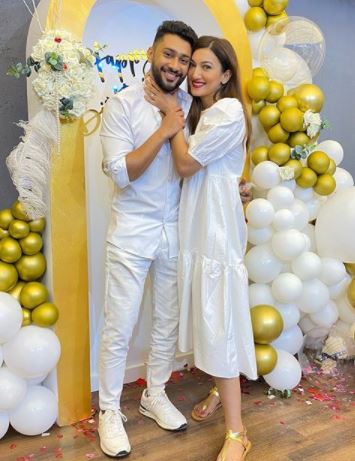 In an interview with the India Today, Zaid Darbar’s father, Ismail Darbar had reacted on the December wedding reports of his son and Gauahar Khan. He was quoted as saying, "Since I am a father, it is obvious that I would bring a daughter-in-law too. Gone are those days when parents would look for a daughter-in-law, now our children just say ‘daddy, I like this girl,’ and we have to listen to them and support their choice. So, I don’t have any problem with my son and daughter-in-law. My children aren’t that much open with me. If Zaid comes and tells me that he wants to get married, then I will get them married." (Also Read: Neha Dhupia And Angad Bedi Turn Their House Into A 'Mickey Mouse Club' For Mehr's 2nd Birthday) 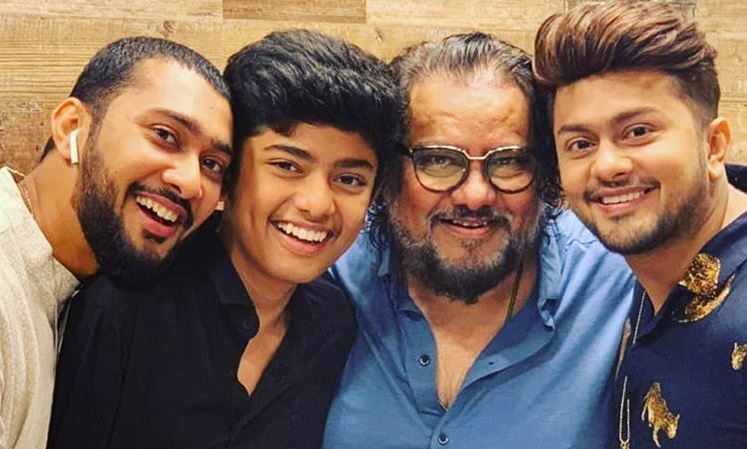 Aren’t Gauahar and Zaid adorable? What do you think? Let us know.

Gauahar Khan On Her First Trip To Mecca With Hubby, Zaid Darbar, Says, 'We Made The Most Of It' 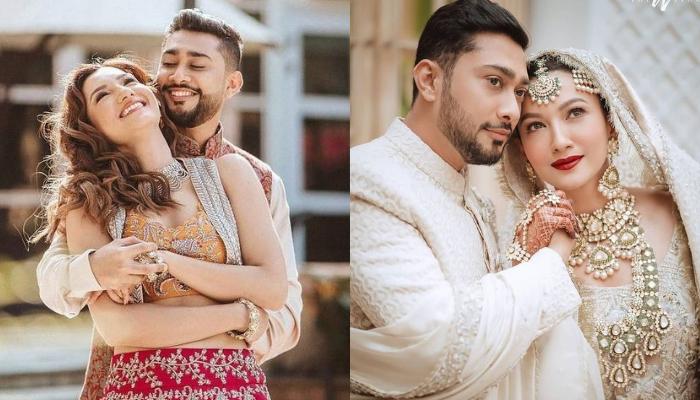 Gauahar Khan has already made a name for herself in the showbiz with her charming personality. She had started her career as a model and then had become the name of every household by bagging the trophy of the controversial reality show, Bigg Boss 7. The gorgeousness had taken the