Well, who would have guessed that there could have been a possible couple of Karan Johar and Farah Khan, who happen to be great friends! Check out the details inside! 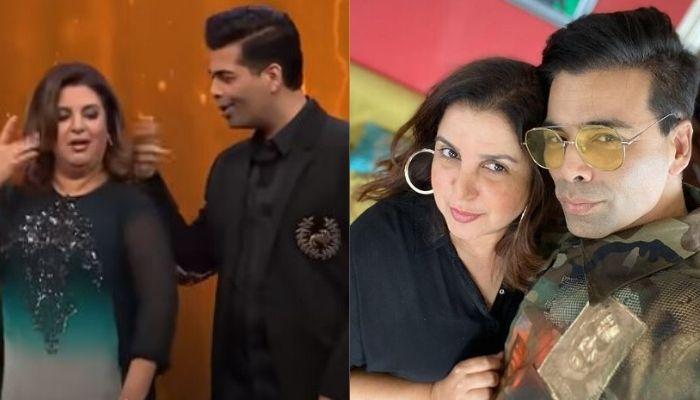 Bollywood has always been a strange place. You won’t ever know who is dating whom, or what all drama and gossips are going inside the industry until someone comes up to confess them. A lot has been done inside the industry which is kept under the rugs and the bond these celebrities share is unbreakable. Every celebrity is tight-lipped and knows when and how to utter about the gossips running in the media. Well, all said and done, who would have guessed that there could have been a possible couple of two famous B-town filmmakers, who happen to be great friends.

As we all know, filmmakers, Karan Johar and Farah Khan share a great bond and are BFFs. Their social media banter or fun appearances on TV shows steal away all the limelight and their bond makes us laugh because both the directors are too outspoken to handle. In one such fun and outspoken episodes of the chat show, Yaaron Ki Baaraat in 2018, the duo had talked about how Farah was so interested in Karan that she had ended up showing at his hotel room and had proposed him for marriage. Also Checkout: Disha Vakani To Dilip Joshi: Meet Real-Life Families Of The Cast Of 'Taarak Mehta Ka Ooltah Chashma'

In the chat show, Karan Johar had talked about how Farah Khan had long back expressed her interest in him. Karan had revealed, “Though yeh shaadi-shuda hai aur main kehna nahi chahta, Farah ne bohot koshish ki thi mere saath (Though she is married now and I don’t want to say this, Farah pursued me a lot).” Farah Khan had also admitted to the same. 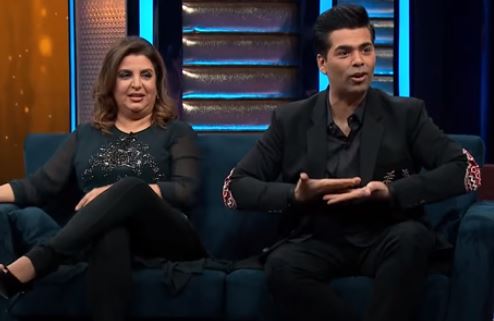 Karan had also recalled a story from Kuch Kuch Hota Hai days, when the entire crew was shooting for the movie’s title track in Scotland. He had claimed that once Farah had come knocking at his door while he was sleeping in his hotel room. He had added, “Beech raat ko, ek ladki jab kisi ladke ke kamre mein aa jaati hai yeh bahana leke ki mere kamre mein bhoot hai... Main kya jo bhoot se rhyme karta hai woh hoon (In the middle of the night, when a girl comes to a boy’s room claiming that there is a ghost in her room… Am I an idiot to fall for it)?” Also Checkout: Unseen Throwback Pictures Of Amitabh Bachchan And Jaya Bachchan's 'Chat Mangni, Pat Vyaah' In 1973 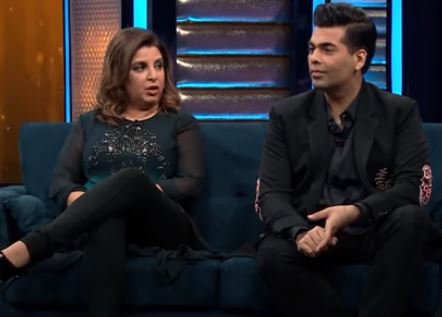 Post all the revelations, Farah Khan had confessed proposing marriage to Karan Johar. However, Karan had refused Farah by citing a ‘technical problem’. To this, Karan had added, “Television ka tower bhi chalna chahiye, so I said iss TV ko off hi kar do. That is why maine bol diya no (The television tower needs to work as well, so I said let’s just turn off this TV. That is why I said no).” Well, that’s honest and brutal! Don't Miss: Amitabh Bachchan Had Reportedly Slapped 'Lover' Rekha For An Iranian Dancer? [THROWBACK] 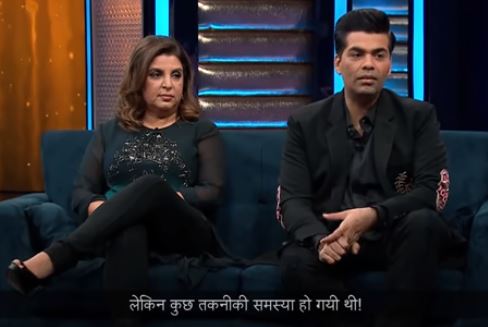 Coming back to the year 2020, Karan Johar and Farah Khan have a happy blissful life separately. While Farah is married to Shirish Kunder and is blessed with beautiful triplets, Karan, on the other hand, is a happy father to his twins, named Yash and Roohi. The Two often share pictures and videos about their kids on their respective social media handle. While Farah’s kids are finding ways to deal with the global pandemic, as her daughter, Anya is raising funds for stray animals and her son, czar had made a rap on the pandemic, and on the other hand, Karan’s kids are too young to understand the situation and are thus busy roasting their ‘dada’. (Don't Miss: Pooja Bhatt Shares Photo With Shaheen Bhatt And Mahesh Bhatt, Soni Razdan's Comment Is Pure Gold)

We wonder how Karan and Farah would have been, had they been a couple together! What are your views, do let us know!