Farah Khan took to her IG handle to share two unseen pictures with Chunky Panday and Bhavana Pandey and penned a hilarious note on their anniversary. Check out!

Bollywood actor, Chunky Panday had etched a special place in our hearts with his handsome looks, killer comedy timing, and unique characters like 'Akhri Pasta' in the film franchise, Housefull. Apart from being an actor, Chunky is a perfect family man. He is a great husband to Bhavana Pandey and a super dad to two wonderful daughters, Ananya Panday and Rysa Panday.

For the unversed, Chunky Panday had tied the knot with his childhood sweetheart, Bhavana Pandey, on January 17, 1998, and today the couple's marital life stepped into its 24th year. We remember in an interview with SpotboyE, the star-wife had shared that their daughter, Ananya Panday was their honeymoon baby, and she has been with them since their first anniversary.

Also Read: Kapil Sharma Opens Up About His Proposal To Wife, Ginni Chatrath, Recalls How He Drunk Dialled Her

"See @chunkypanday if u had married me u would hav had triplets HAPPY ANNIVERSARY @bhavanapandey."

While sharing the second picture, where Bhavana and Chunky's younger daughter, Rysa, also appeared in the frame, Farah penned:

On the other hand, Bhavana took to her Instagram handle to share a series of pictures with her husband, Chunky, from their younger days and penned a beautiful, romantic caption to mark their anniversary. The caption can be read as:

"From across the equator..from northern hemisphere to the Southern Hemisphere. Love you the most !!! Thank you for being my best friend, husband, dad and all the other roles you play. Happy Anniversary @chunkypanday !!! We know who's going to go ewwwwww @ananyapanday @rysapanday."

Chunky and Bhavana's firstborn, Ananya Panday, took to her IG stories to share one of her parents' pictures and wrote "24" with a heart emoticon atop.

In an old interview with SpotboyE, Chunky had revealed that his wife, Bhavana, is the one, who sets the rules in the family. He had shared:

"Bhavna (wife) tells even me I have to be home at this hour (laughs). And, that's always been the case with my both girls. But now, Ananya is grown up and will earn her money as well, so I guess it's time to let her take a few decisions." 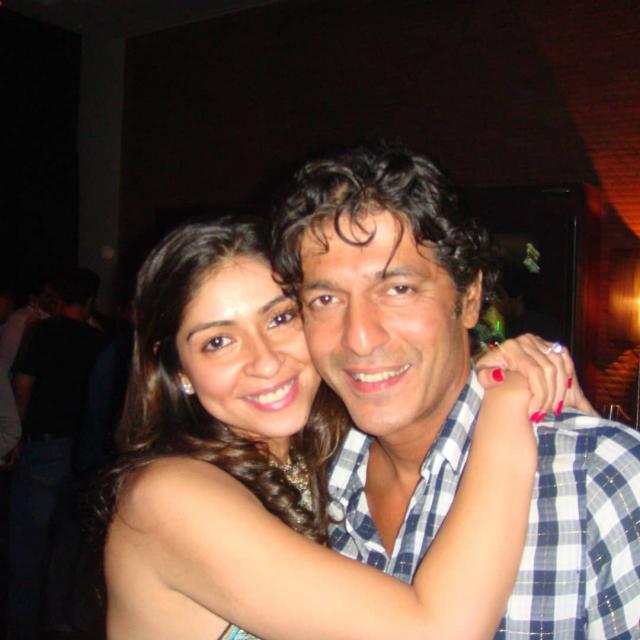 Don't Miss: Krushna Abhishek Opens Up About His 'Mama', Govinda, Calls Him 'Bade Miyan', Says Feud Will Be Fixed